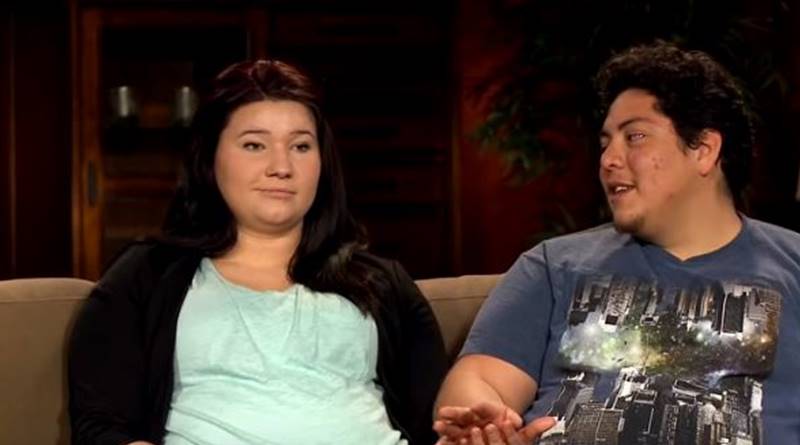 Sister Wives fans heard about Mykelti Brown Padron falling pregnant. And, her loyal fans expressed their joy at the news. When the little one arrives, it makes for the third grandchild for Kody Brown. Mykelti expects her baby in March next year. Now at 18-weeks-along, Mykelti shared a photo of her baby bump at Halloween.

Sister Wives – Mykelti Brown and her baby bump at Halloween

We reported that Mykelti and Tony Padron expect a baby girl. They told their family and fans the happy news in late October. Now that Halloween came around, Mykelti took to her Instagram and talked about her plans with her baby bump. She posted a photo of herself standing out in the grass, with her bump showing under her top.

She captioned her photo with, “HAPPY HALLOWEEN AND HAPPY HAUNTING baby and @tonychessnut and I are going to be home waiting for the tricker treaters while I read an EPIC book. HAVE A GOOD HUNT.”

Well, that sounds like the perfect thing for the cooler weather. Lots of Sister Wives fans talked about also expecting their baby in March. And Mykelti actually confirmed her exact due date in the comments as March 30. Meanwhile, other fans talked about which book she reads. Mykelti answered saying, “Throne of Glass.” One fan wrote, “Awesome series!! Love Sarah J. Maas! You look stunning! Congrats! Enjoy your day! ❤️😍.” 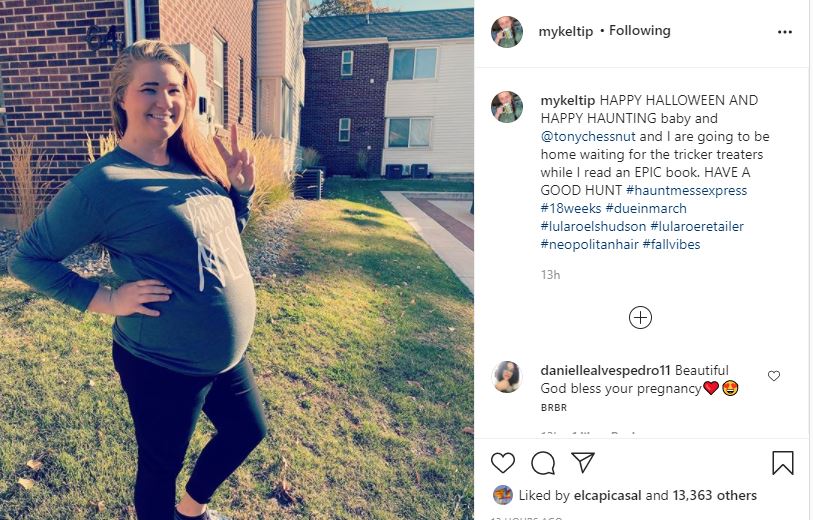 Tony and Mykelti work together from home

Tony Padron left his job at the bank. And on her Facebook, The Hollywood Gossip noticed that she mentioned he works at home with her now. Mykelti sells the LuLaRoe line like Meri and her mom Christine. Actually, working from home means that raising the newborn might be a lot easier than for other moms. Meanwhile, with the new baby coming along, fans hope that TLC covers her journey to motherhood on the show.

Your Tango reminds readers that Mykelti and Tony married in 2016. Fans saw them all discussing the wedding on one old season of the Sister Wives show. And, a lot of critics slammed them as Kody couldn’t really afford the big event they planned. But, they got their way and “married at the Bloomington Country Club in St. George, Utah in front of a whopping 400 guests.”

Until Mykelti fell pregnant, the only other Brown daughter who birthed kids was Maddie Brown Brush. So, despite his massive family, until now, Kody Brown only had two grandkids, Axel and Evie K. Maddie’s mom is Janelle, but all the wives called the little ones “their” grandchildren. Christine, Mykelti’s mom, loves spending time with Axel and Evie as well. So no doubt, the Sister Wives star can’t wait for her very own grandchild to arrive.

Quick And Twisted: ‘Survivor’ Is All New Due To COVID
Grayson Chrisley Hits HUGE Milestone, Family Gets Emotional
Wait, What?! Did Tyler Cameron Hire ‘Millionaire Matchmaker’ Patti Stanger To Find Romance?
Teresa Giudice & Kyle Richards Post Selfie Teasing Peacock’s ‘RHUGT,’ So Why Is Teresa Is Getting All The Attention?
Scott Disick Is No Longer Keeping Up With Any Of The Kardashians