Rumors Mykelti Brown and Tony Padron are expecting twins have begun to swirl. Could they be true? Keep reading to learn where the rumor came from. And, if it holds any truth.

In September of this year, Sister Wives fans might recall Mykelti Brown denying that she and Tony Padron were expecting a child. Exactly a month later, the couple announced they were, in fact, pregnant. And, now? Mykelti Brown is happily showing off her growing baby bump on Instagram.

We know Season 15 of Sister Wives is coming. We, however, don’t know when to expect it. With Mykelti Brown and Tony Padron expecting a baby, fans can only assume TLC is currently in production of the new season. After all, reality TV shows on TLC tend to thrive on following a pregnancy and birth journey.

Now, Sister Wives fans have mixed feelings about Mykelti and Tony stepping into the spotlight for Season 15. For starters, a lot of fans don’t seem to care for Tony. That being said, most are just happy to embrace a story line that doesn’t involve Kody Brown and his sister wives fighting while he favors Robyn on everything.

According to Soap Dirt, Mykelti Brown and Tony Padron have teased that Sister Wives fans don’t know everything there is to know about the baby. What big baby news could there possibly be that we don’t already know? Unsurprisingly, fans were happy to speculate on what the news could be. 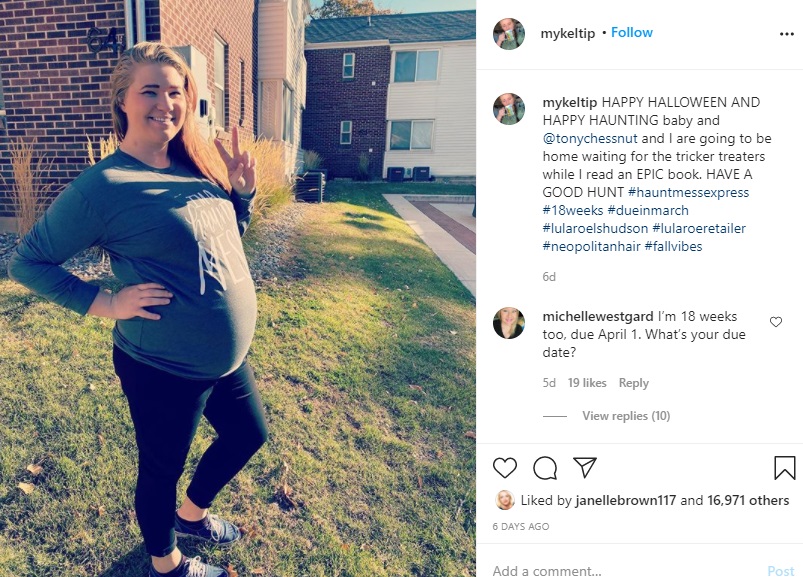 Fans quickly agreed the biggest baby news that made the most sense was that Mykelti and Tony were not just having one baby. Thus the rumor that Mykelti Brown is pregnant with twins was born. The fan theories, however, didn’t stop there. Who said it had to be twins? Perhaps there were multiple babies growing in her tummy. Could she be pregnant with triplets? The fan theories quickly spun out of control from there.

They may not be allowed to reveal that kind of secret

Now, if  Mykelti and Tony are expecting twins or triplets… This is the kind of information TLC would love to keep a lid on until Season 15. So, it is possible any additional big baby news might be off limits because of a contract. That, however, doesn’t stop Mykelti Brown from hyping up fans by teasing them with big news.

Until then, all fans can really do is speculate what might or might not be true about Mykelti and Tony’s baby. But, wouldn’t twins be an exciting addition to the Sister Wives family? Share your thoughts on the pregnancy and the possibility of twins in the comments.