It’s been ages since 90 Day Fiance stars Larissa Lima and Colt Johnson have been together. But some fans still ship the former married couple. Fans want to know if Larissa and Colt are still in touch after all this time.

The future was once bright for the Brazilian beauty and Colt Johnson. After falling in love, the couple planned a life together. However, their happiness was short-lived. Due to Colt’s womanizing, the couple split up.

Larissa went on to date another 90 Day Fiance co-star, Eric Nichols. There may be trouble in that paradise, prompting fans to wonder. During a recent Instagram Q&A, a fan asked Larissa about Colt. The fan wanted to know if they still talk.

However, Larissa reports that she is not in communication with her ex-husband.

In fact, fans haven’t heard a lot about what Colt’s been up lately. But Larissa makes up for it with her own drama-filled life. In one month, she was arrested by ICE and fired from TLC after a racy CamSoda video.

The reality star swears she’s actually happier now that she is no longer working for TLC. During a recent interview with blogger John Yates, Larissa said that she was hospitalized during filming due to the stress.

Screen Rant reports that the incident happened shortly after her breast implant surgery. During an argument with production, Larissa’s blood pressure shot up, landing her in the hospital.

During the same Q&A, she said she doesn’t plan to do more CamSoda videos for now. She notes that her OnlyFans is her main focus and source of income.

But that may change if her hints about a split from her boyfriend are true.

One of Larissa’s responses during her Q&A left fans with even more questions. In response to a fan asking where Eric’s been, Larissa shared a WANTED poster with his image on it.

A few hours later, she posted two memes that strongly imply the relationship is over. One meme is about staying too long in a relationship isn’t loyalty, it’s “breaking your own heart.”

The other meme also mentions a broken heart. It reads, “Sometimes God breaks your heart to save your soul.” 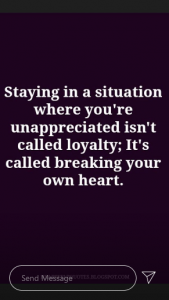 While the memes could be about anything, it seems to point toward a split between Larissa and Eric. The couple recently moved from Las Vegas to Colorado Springs, Colorado, together.

Are you surprised that Larissa isn’t on speaking terms with Colt? Let us know in the comments down below!

While Larissa is no longer on the TLC, 90 Day Fiance: The Other Way airs new episodes every Sunday.

Jinger Duggar Admits She ‘Struggled’ With Her Family’s Religious Beliefs
A Denim Jacket And Roll Call Has Fans Sure Jana Duggar’s Engaged
WOAH! Tori Roloff Fires Up ‘LPBW’ Fans: Is She Mad At Amy?!
See Pictures Of Josh & Anna Duggar Like You’ve Never Seen Them Before
WOAH! Savannah Chrisley’s Legs Are As Smooth As A Baby’s Bottom