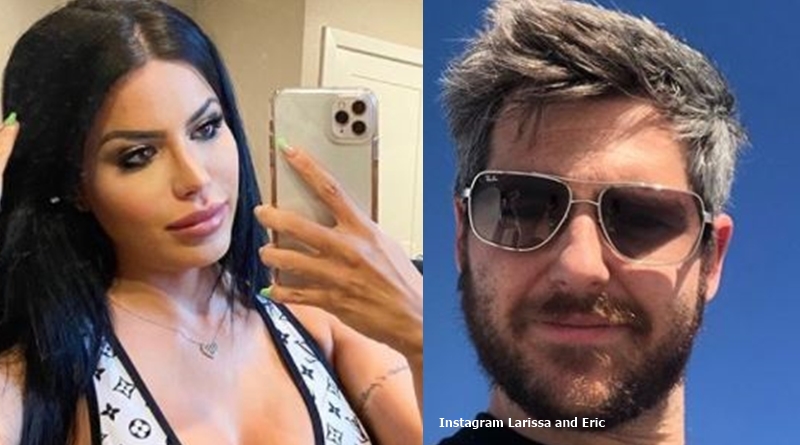 90 Day Fiance fans thought Larissa and Eric looked like they were in a good place. Together, they did a lot of stuff on their OnlyFans accounts. Living in Colorado Springs made Larissa smile a lot. But suddenly, it looks like they split again. It comes as news arrives that Larissa went for yet more plastic surgery.

90 Day Fiance – Eric paid for some of Larissa’s surgery

We reported on October 30, that Larissa recently underwent surgery for breast implants, a nose job, a tummy tuck, and a Brazilian butt lift. Then, more recently, she went for eye enhancement. And, she told her fans that she went back for yet more surgery. She shared photos of herself taken at a plastic surgeon’s office. Apparently, she went there for cellulite removal.

Fans heard in the last season of 90 Day Fiance: Happily Ever After, that Eric paid for some of her surgery. Larissa said that she’d pay it back. In fact, Screenrant reported that Larissa claimed she repaid Eric for the money he spent on her surgery. But, now she looks way different and very beautiful, maybe they broke up again. Recall, they split before very publically.

Did Eric and Larissa split again?

Larissa removed every single photo and video of Eric from her Instagram page. Notably, Eric and Larissa don’t seem to follow each other on Instagram anymore either. Three days ago, Eric shared about being at the Nordstrom Fashion Show, but he never mentioned Larissa. And, surprise! Eric deleted all the photos and videos of Larissa as well. In the meantime, Larissa posted up a ” Wanted” poster for Eric. The fan said he “disappeared.”

90 Day Fiance blogger John Yates screenshot the poster. And when he shared it on his Instagram, many fans commented about it. One said, “They [started] fighting on a live if i’m not mistaken.” And, another one mentioned, “Oh good god who cares they weren’t a good match and prob doing for attention.” Others also feel little emotion if they split up.

Fans tired of Eric and Larissa

One of the TLC followers said that they heard Larissa returned to “Las Vegas already.” But pretty much, a lot of fans just don’t care about their dramas anymore. After all, they left the TLC show already. One person noted, “Figured this was going to happen. They are just a train wreck.” But someone else wise in the way of this couple wrote, “Wait a week they will get back on the same roller coaster.”

What do you think about Larissa and Eric from 90 Day Fiance apparently splitting again? Do you believe it? Or is it yet another publicity stunt by these two? Sound off your thoughts in the comments below.