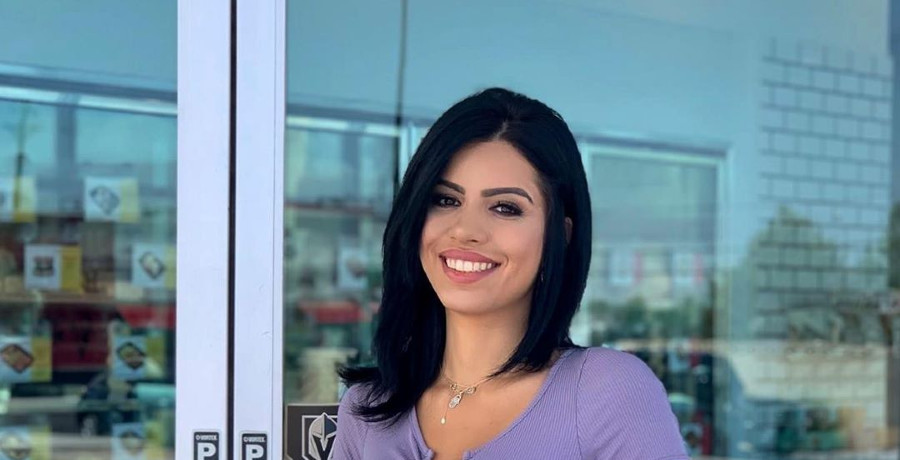 90 Day Fiance star Larissa Lima still isn’t done altering her body. The former reality star-turned-adult-entertainer recently had yet another procedure. This comes less than a week after an eye enhancement.

Larissa Lima doesn’t need a Halloween costume. She looks like an entirely different person already! Since her time on the show, fans have seen a DRASTIC body transformation. Bigger lips, bigger bust, liposuction… there seems to be no end in sight for the plastic surgery addict.

Heavy reports that she has already had “breast implants, a nose job, a tummy tuck and a Brazilian butt lift.” Last week, she underwent a new procedure to enhance her eyes, a “PDO Thread Lift.”

She also spoke out recently about wanting to increase her bust size even more! One fan jokes on Twitter that the 90 Day Fiance star’s boobs “enter the room” before Larissa does.

So not Only do Larissa's Breasts enter the room before she does… Now her Ass leaves the room last like WTF 🤣 😅 🤣 Why do all these women need so much Plastic Surgery 🤦 #90DayFiance #larissa #90DayFianceTellAll ((°)) 👃((°)) pic.twitter.com/wvMQXDbv25

It’s not all jokes, though. The former TLC star seems to have an addiction to improving her looks. Will she ever be satisfied? She was fired from the network after posting a nude video to her CamSoda account. Larissa doesn’t mind, though. She says she makes more money on OnlyFans, CamSoda and other platforms than she did on the show.

She needs the money for all her surgeries.

On October 30, the Brazilian beauty posted a series of slides to her Instagram Stories. The slides are taken at a plastic surgeon’s office. Wearing a hospital gown, Larissa seems ready to undergo another surgery.

Another slide reveals exactly what she had done: cellfina, which fights cellulite. She posted another video of herself with bandages across her stomach area. 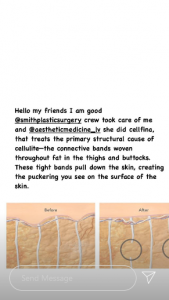 Boyfriend Eric Nichols There for Support

Larissa Lima wasn’t alone for the procedure. Her boyfriend, Eric Nichols, was there for moral support. As fans know, the two recently relocated from Las Vegas to Colorado. The move came days after the immigrant was detained by ICE.

Eric Nichols offers more than just moral support. He paid for some of her early surgeries, though she swears she paid him back. He also supports her OnlyFans and other adult content endeavors. In fact, he has an OnlyFans account himself. He often posts “thirst trap” photos on his Instagram feed to entice fans to subscribe to OnlyFans for more risqué content.

What do you think about Larissa’s latest plastic surgery procedure? Will she ever stop? Head down to our comments and leave your thoughts!

While Larissa isn’t on TLC anymore, the current season of 90 Day Fiance: The Other Way airs Sundays on the network.

Lindsie Chrisley’s Day Is Off To A BAD Start & Here’s Why
Amy & Michael Celebrate Gage’s Half Birthday, Tammy Slaton Skips It
Justin & Claire Duggar May Be Preparing To Start A Family – Here’s Why
‘BIP’ Kevin Wendt & Astrid Loch Expecting First Child Following Fertility Struggle
Tori Roloff’s Neighbor Speaks Up About Who She Really Is