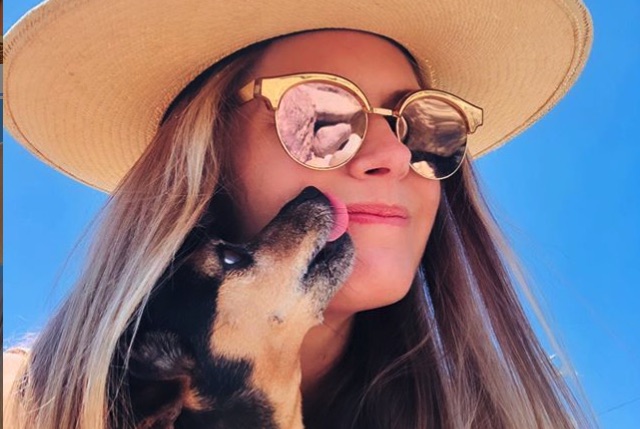 Actress Maggie Lawson recently received an award for being an animal advocate. Who presented the award to the Psych star?

On Saturday, Maggie Lawson received The Helen Woodward Animal Center’s 2020 “Humane Award.” This was a socially-distanced ceremony held at the Rancho Santa Fe Inn, on October 24. According to the Rancho Santa Fe Review, this award is given to someone who has made “a significant positive impact on the animal welfare world – devoting their time, energy, and resources to improving the quality of life for orphaned animals.”

The Helen Woodward Animal Center went to Instagram to share their congratulations to the Hallmark actress. “Congratulations to @magslawslawson for being the recipient of this year’s 2020 Humane Award! This Saturday, we were lucky to host the famous @PsychPeacock actress for a beautiful ceremony with the Center’s friends. Maggie is a dedicated animal welfare advocate through her work for The @TigerFrances Foundation (which she co-founded) & we genuinely admire her big heart for rescue pets! Thank you, Maggie, for all that you do!”

What Is The Tiger Frances Foundation?

The LOP (Love On PAWS) program began in 2014. They began a partnership with School on Wheels. That particular program works with homeless kids in Los Angeles. The rescue organization brings in animals that they know can handle being in these situations.

Their goal is to “foster empathy and compassion.” This is coupled with the school’s desire to help the students work on their core learning. During these sessions, the kids learn about the rescues. Each one has their own story, as well as the hardships that each pet has overcome. Moreover, the children find this very relatable.

In turn, the kids work on art, stories and other projects related to their interaction. The sooner they complete their project, the sooner they can cuddle with cute pets!

Subsequently, The Tiger Frances Foundation partners with a lot of other school programs. For example, they work to help keep kids in school, and spend time with rescue animals. Sometimes the children read to the pets, other times they just want to be alone with them.

Working with the community, the non-profit always needs donations to help keep their programs.

According to The Tiger Frances Foundation, Maggie Lawson’s first rescue was cute dog named Popcorn. Above all, this story could have been the basis for a Hallmark Christmas movie. Thy found Popcorn, in a dumpster at a Louisville, Kentucky, Hardees on Christmas Eve, 1990.

Eventually, the 10-year-old Maggie adopted this cutie, and her life forever changed. In addition, she now has three or four rescue pets at home. Likewise, her Psych co-star, and former boyfriend, James Roday Rodriguez, also is an animal advocate. Moreover, both dedicate a lot of time to rescuing animals.