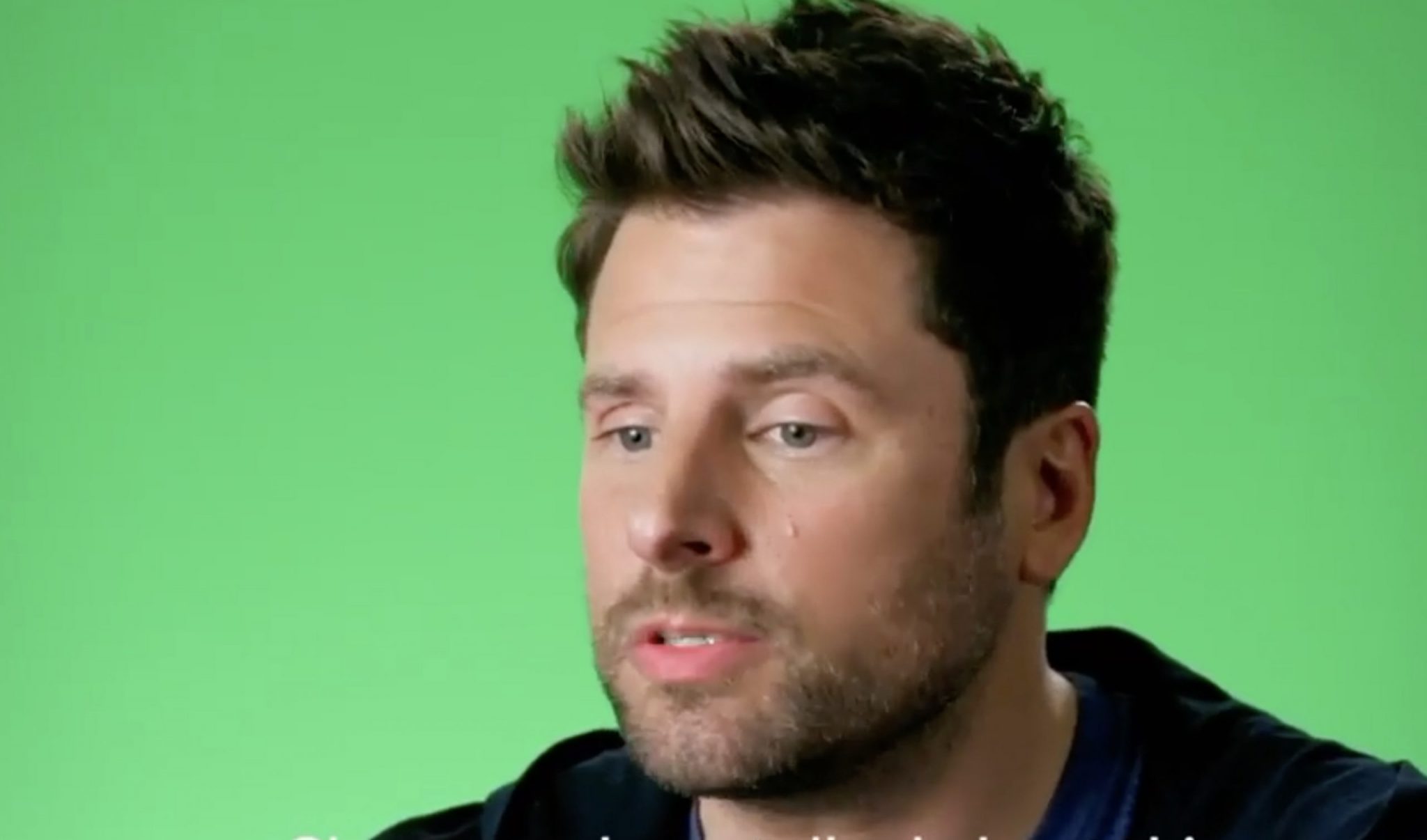 In the past month, there has been a talk about race and in turn, a lot of soul searching. Psych star James Roday has had his own time to self reflect. This self reflection has led Roday to revert back to the name of his youth. Not a nickname, but his real last name. Now, his name is James Roday Rodriguez. The actor, producer, writer and director wants to embrace his Mexican-American roots.

A Million Little Things actor’s real name was James David Rodriguez. To most casual fans, he is James Roday. Speaking to TV Line, he shared that on paper, he is James Roday Rodriguez, but now he wants everyone to know that he is Mexican-American.

James Roday is from Texas, born in San Antonio. Roday’s father Jaime “Jim” Rodriguez is of Mexican heritage, who is a retired Air Force Master Sergeant. His mother, Deborah’s ancestry is from the British Isles. The recent racial discussions made him go back to his dad and have some serious discussions.

His dad shared stories about his grandparents that the actor never heard before. Roday was both “shaken” and “moved.” This made him question some of his previous decisions. The main was about his name change.

It should be pointed out that many have actors have done the same thing. Kirk Douglas was born Issur Danielovitch. Jennifer Aniston’s father, John Aniston, was born Yiannis Antonios Anastasakis. He Anglicized his Greek last name. The list can go on.

Why Did James David Rodriguez Change His Name To James Roday?

Why did Roday change his last name? Originally, the explanation was always that there was another James Rodriguez, thus he changed his last name to Roday. James Roday was discouraged from using his Mexican last name. The fact that he looked like a Northern European perhaps added to this change.

For example, when he was up for a major role, in what was to be Primal Fear. This was the movie that changed Ed Norton’s career. There, the casting director told him: “You’re so great, but I don’t think I can call you back because your last name is Rodriguez. But I can call you back for this four-line role of a gang member.” He had a repeat experience that also caused him some issues.

When he spoke to an agent, they suggested he change his name. While this seems pretty extreme now, Roday reminds us that “But this is the late ’90s. It was a different time and, frankly, my first two experiences kind of proved the point that they were making.”

He pointed out that studies “were worried that casting a white guy with a Mexican name could be construed as their version of ‘diverse casting,’ and there could be a backlash.”

So, what should he do? James David Rodriguez called his dad. His father reminded him that this was his dream and encouraged him to do what he needed to do. He picked “Roday” out of a Chekhov play and his name was changed. While he is “bummed” his grandparents won’t see that his name has been changed to James Roday Rodriguez, his dad is still around. That is what matters: Embracing and respecting his heritage.

Before James Roday was cast as Gary on A Million Little Things, show creator D.J. Nash asked Roday if he was interested in playing a man with a Mexican last name. Turns out, Nash enjoys incorporating an actor’s real life with their screen life.

Most importantly, it got Roday “excited.” He was happy to play a character with a Latinx name. “I thought this would probably be the only time I get to have a Latino name ever.” Thus, James Roday credits D.J. Nash for “lighting the fire.” This was the beginning of his journey.

From now on, his screen name will be James Roday Rodriguez. This is the name on his contracts and personal papers.

The first place fans will see his new name? It will be on Psych 2: Lassie Come Home.

When Is Psych 2: Lassie Come Home Coming Out?

James Roday is back in his previous role of Shawn Spenser in the second Psych movie. The new Peacock streaming channel premieres Psych: Lassie Come Home on Wednesday, July 15.

For viewers that have been wondering what happened to this movie, it was originally going to air on the USA Network before Christmas 2019. Now, it is the movie that Peacock will release on their very first day!

What we know about the new movie is that it is an homage to famed director, Alfred Hitchcock. This is not the first time they have tipped their hats to the famed director of such horror movies as Psycho and Gus and Shawn return to Santa Barbara. Lassie is in trouble and hurt. Now, the duo wants to help find who did this to him.

Roday believes that they have support from the “Peacock folks.”