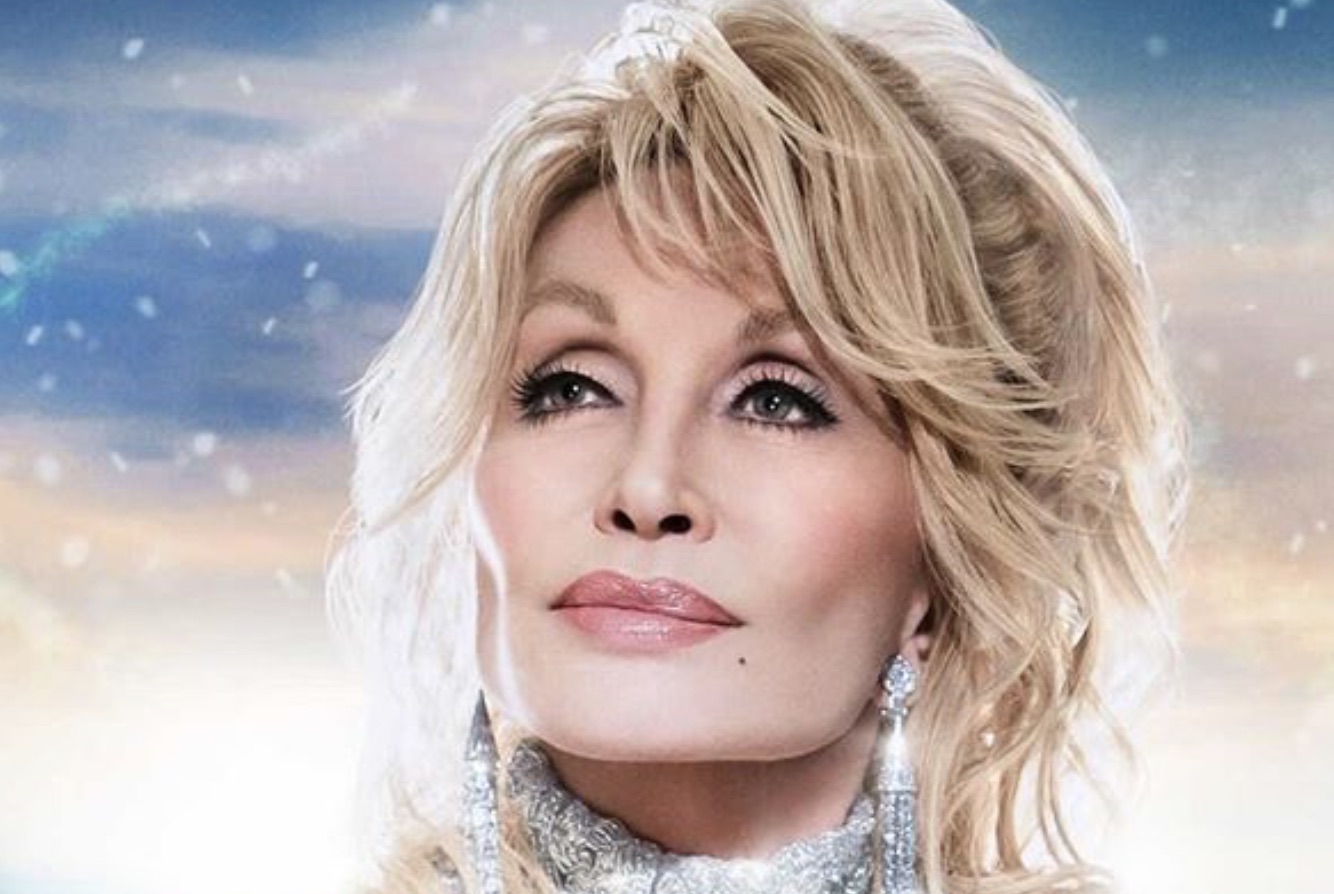 Dolly Parton is coming to Netflix for Christmas! They just released the Christmas On The Square trailer. This is the Dolly Parton musical with 14 original songs.

Are you ready to have a Dolly holiday?

What Is Dolly Parton’s Christmas On The Square About?

Ready for a little country Christmas? According to the preview, Dolly Parton’s Christmas On The Square is a holiday musical about uniting the haves and have nots. Directed, and choreographed by Hollywood legends, Debbie Allen, this is the story is about Regina Fuller (Christine Baranski, Cybill). Fuller is “a rich and nasty woman.”

Now that her papa has died, she has returned home. Regina’s from a small town, and now she the power to evict people off of her properties and sell it to a mall developer.  She is a real Scrooge.

But, she Regina starts to develop a heart. As she gets to know the small town again, she is reunited with her old love, Carl Pellam (Treat Williams, Chesapeake Shores). However, Regina Fuller encounters an angel, played by Dolly Parton herself! Moreover, this angel wants Regina to open her heart.

There Are 14 Original Songs In Dolly Parton’s Netflix Movie

Dolly Parton has recorded 14 original songs for Christmas On The Square. Dolly has already released the title song. On Twitter, Dolly Parton told her fans, “One month until #ChristmasOnTheSquare is available on @NetflixFilm! I can’t wait for you and your loved ones to enjoy this holiday musical! I hope we can all come together and sing along on November 22. #HereForTheHolidays.”

What Movies Are Included In Netflix’s Here For The Holidays Lineup?

Dolly Parton’s Christmas On The Square is one of Netflix’s 30 holiday movies, special and other shows for 2020. What is a Holidate? In Emma Roberts new movie, it is that person you bring to holiday events to get your meddling relatives off of your back. Catch it on Netflix starting Wednesday, October 28.

On November 4, don’t forget to catch Kat Graham in Netflix’s Operation Christmas Drop. Based on a real Air Force project of the same name, this romcom takes place in Guam, on a military base. Kat plays a woman out to advance her career by cutting funding for this special project. Instead, she discovers how valuable this program is and maybe some love.

Don’t forget to watch Dolly Parton’s Christmas On The Square. Netflix will start streaming it on Sunday, November 22.

Wells Adams Will Not Be Taking Over For Chris Harrison
‘Gold Rush’ Alum Todd Hoffman Back with ‘Hoffman Family Gold’
Erika Jayne Takes Full Credit For Historic ‘RHOBH’ Reunion – Here’s Why
‘Sneakerheads’: Is Season 2 Renewed On Netflix?
Todd Chrisley Is Proud Of His Baby Boy Grayson & Here’s Why