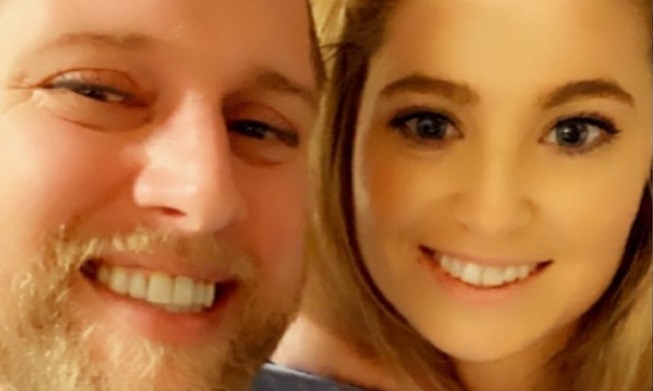 Kyle Chrisley recently made a very public declaration of his love for his girlfriend, Ashleigh Nelson. He told his Instagram followers she was the “love of his life.” And, he revealed they were hitting the haunted house scene together. Unfortunately, the post accumulated a fair amount of negativity.

There was a lot of surprise and confusion among Chrisley Knows Best fans this weekend. For starters, some seemed to forget Kyle Chrisley even exists. Several fans insisted it was Chase in the picture. And, they insisted the girl was actually his girlfriend Emmy. But, the photo was of Kyle and his girlfriend, Ashleigh Nelson.

Others were a little surprised by the fact that Kyle has a girlfriend. Because he isn’t in the show and isn’t super active on social media, some fans just assumed he was single. But, a quick scroll through his Instagram (and hers) reveals they’ve been together for over a year. And, it’s a pretty serious relationship.

Kyle Chrisley’s last two Instagram post accumulated a fair amount of reactions from fans. In fact, the comment section contained a mix of reactions, opinions, and well wishes. Truthfully, a lot of people were just happy to see Kyle Chrisley was doing so well.

Unfortunately, Kyle Chrisley’s post also seemed to attract a fair amount of trolls. For starters, there was one individual who really didn’t care for his girlfriend. They insisted she seemed a little boring and basic. And, they referred to her as a “plane Jane.”

Love of my life @ashleighcnelson

“Wow such a plain Jane as long as you’re happy who cares,” the individual penned.

Kyle Chrisley was the first to respond to the negative comment. And, he kept things classy. He just said that he disagreed and certainly didn’t think that she was plain, basic, or boring.

His followers defended him, his girlfriend reacted.

Now, some of his followers were horrified someone would say something so negative about his beautiful girlfriend. Many suspected the negative comment came from a place of jealously.

It’s beginning to look a lot like Christmas 🎄 @awsmashh

Even Kyle’s girlfriend responded to the troll. And, she also kept it classy. She thanked them for their comment.

girl, thank you! I’m actually happy that I don’t have to try hard to make my man love me so thank you for noticing. My heart isn’t plain and that’s what matters. Bless you. “