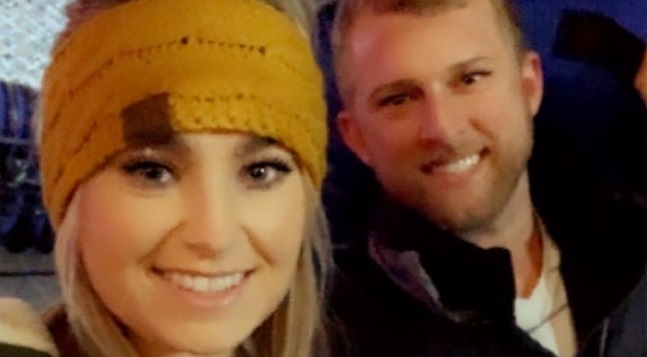 Did you know Kyle Chrisley of Chrisley Knows Best has a girlfriend? Well, he does. And, it turns out he’s had one for a little while. And, based on their Instagram activity, they are pretty serious. In fact, Kyle Chrisley took to Instagram to declare Ashleigh Nelson the “love of his life” recently.

Kyle Chrisley hits the haunted house scene with his girlfriend.

Kyle Chrisley isn’t the same black sheep of the family as his sister Lindsie. But, he’s no longer attached to the reality TV series. He, however, does still seem to have a positive relationship with his father and his siblings. While he doesn’t have guardianship of her, he does still seem to have a relationship with his biological daughter Chloe as well.

That being said, he has a pretty small following on Instagram of just over 50,000. He also isn’t really that active on Instagram. In fact, the last time he posted on the platform was the beginning of September. He wished Nanny Faye a happy birthday. So, this recent update to his Instagram account was a little unexpected. And, the fact that he was cuddled up and all smiles with a girl? Well, it sent Chrisley Knows Best fans into a bit of a frenzy.

Who was this girl? When did they start dating? How serious is this relationship? Fans had a lot of questions.

In one Instagram post, Kyle Chrisley shares a photo of himself with his face pressed up against a woman he identifies as Ashleigh Nelson. He referred to her as his “baby.” And, explains they are hitting some haunted houses together. Both are all smiles as they look to be enjoying each other’s company.

He later shared a photo of just her.

The second photo was an upclose snap of Ashleigh Nelson. Kyle tagged her in the photo. And, he declared she was the “love” of his life. This gorgeous girl had a huge smile on her face as she gazed directly into the camera.

None other than Todd Chrisley liked both photos Kyle shared on Instagram. So, we can assume he approves of the relationship. At least enough to like the photos on Instagram!

How long has Kyle been dating this girl?

So, what do you think of Kyle Chrisley’s girlfriend? Do you think this could be the one? Sound off in the comments.