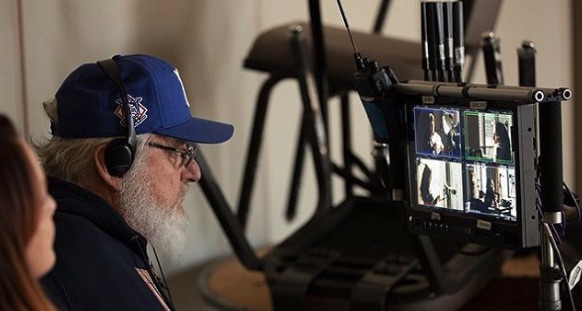 Three actors are suing CBS for a major kerfuffle on the NCIS: New Orleans set. The trio were nearly shot by New Orleans police, who were unaware that the CBS show was filming. The police thought they were pursuing real criminals.

What went down, and what does CBS have to say about this filming incident?

Back in 2017, NCIS New Orleans filmed a “guerrilla style” armed robbery that was so real, the cops were called. Turns out, a neighboring store own witnessed the hold up and called 911. The police rushed to the scene and they pointed their guns at the fake robbers. The actors nearly got shot with real-life weapons. Now, they are traumatized. What exactly happened?

According to TMZ, two actors who played robbers, and a jewelry store owner are suing CBS. That is because the folks at NCIS failed to let the neighbors or the police in on the news that they were filming the intense robbery.

Back in October 2017, a jewelry store owner gave permission for the producers to film a fake robbery in their store. The owner, along with the two actors playing robbers, assumed that the NCIS producers would take care of permits, police and the neighbors. They never imagined that the long-running franchise producers would fail to complete those basic safety measures.

CBS is trying to call off the suit in Los Angeles, citing that the filing should be in New Orleans. But, the lawyers for the trio state that CBS is based out of Hollywood. Needless to say, the trio are seeking damages from this situation.

Who Is The New Series Regular?

On Friday, TVInsider shared that Rita Devereaux will be a regular on NCIS: NOLA Season 7. Actress Chelsea Field plays the Department of Justice attorney. She is Scott Bakula’s real-life wife of 11 years.

Does this mean romance? Field shared why Devereaux is coming back, and it sounds like it is all about their relationship. “Her relationship with Pride is easygoing, but she feels they need to define it a bit more.”

So does this mean that Pride will be cooking at home more, or does this mean that Rita will be off on a few dangerous adventures? We will have to find out. But, Chelsea Field did share the similarities between the fictions Dwayne Pride and her husband, Scott Bakula.

“Pride has a lot of characteristics that are essential to Scott: his integrity, his commitment to work, his maybe overreaching responsibility sometimes. Scott is an amazing human being. Sometimes I don’t even have to act!”

Besides Chelsea Field, Charles Michael Davis will be back on Season 7 as a series regular. In addition, he should be filming Younger Season 7 as well, as it just commenced filming on October 12.

There has been no mention of his dual roles, but he generally only has to film Younger one day a week. This should make his rather busy schedule a bit less complicated.

#NCISNOLA fam, we’re excited to announce that production on Season 7 has started! To celebrate, here’s a quick message from @CCHPounder.

When Is NCIS: NOLA Season 7 Premiering?

NCIS: New Orleans Season 7 will premiere sometime in November. According to the show’s official Instagram page, CCH Pounder announced that they started filming the last week of September.

Hopefully, they let the local police know that they are back filming again!