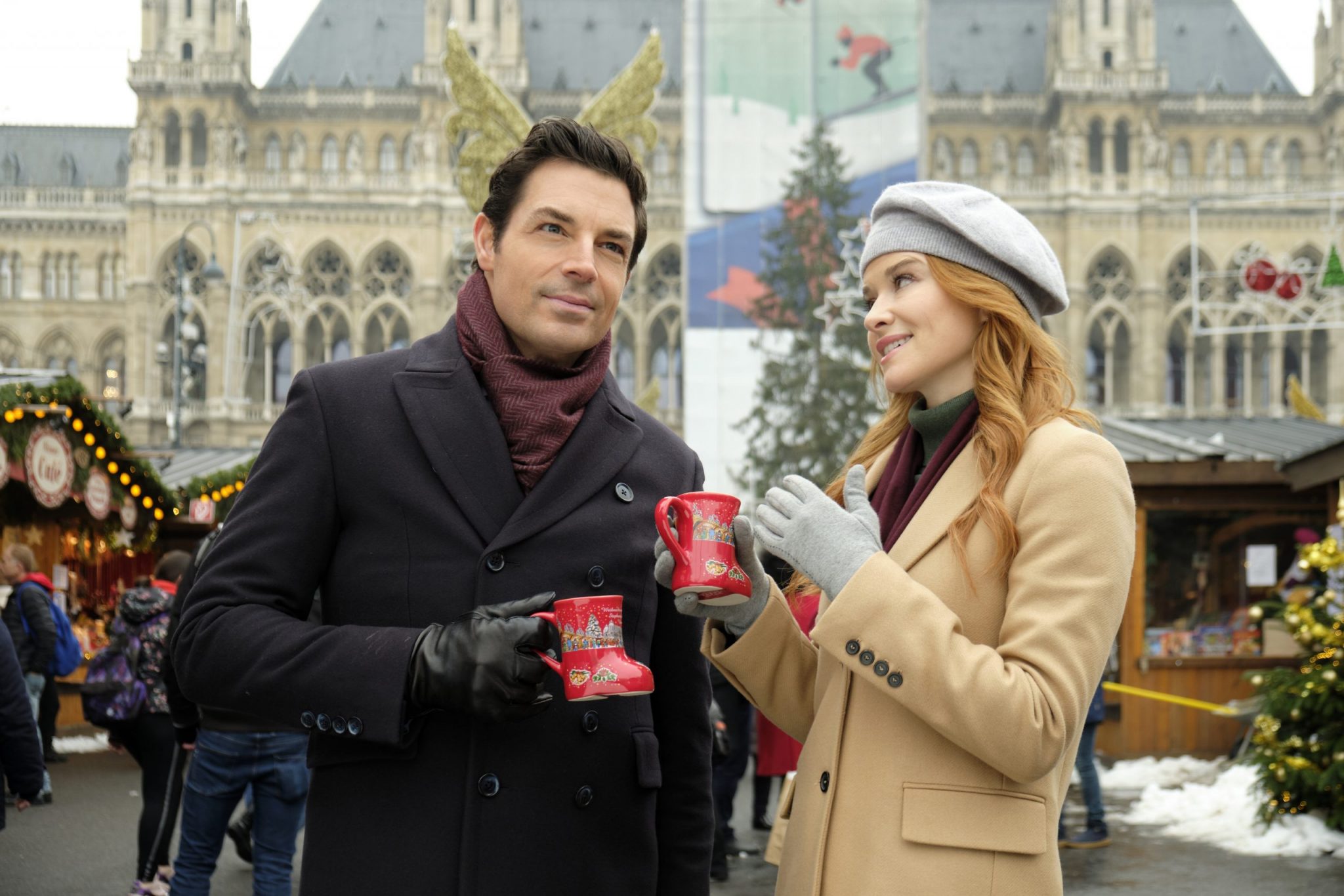 Hallmark’s Christmas In Vienna features Sarah Drew (Grey’s Anatomy) and Hallmark hunk, Brennan Elliott (All of My Heart) in a musical holiday movie that will give viewers Sound of Music vibes.

Are you ready to spend a magical Christmas in Austria?

What Is Christmas In Vienna About?

According to the Hallmark press release, professional violinist, Jess Waters (Drew), has lost her love for the violin and is in Vienna for what she believes is her very last show. She is performing at the Vienna Music Hall’s prestigious Christmas Eve concert.

Widowed diplomat Mark Olson (Elliott), is in Vienna with his three children. His job keeps him moving and he is very busy. Thankfully, he has help. His cousin, Tori Voigt (Alina Fritsch, Freud) is the nanny to Mark’s three children.

Arriving into Vienna two weeks before the big show, Jess meets up with her pal, Tori. Tori gets the opportunity to sell her crafts at the famed Christmas market. She asks Jess to help with Mark’s three children.

Jess isn’t too sure about this. She is there to figure out what is next in her life, not babysit. But, soon, Jess and the three adorable kids really bond together, through music. As for the tight-laced Mark, could the Viennese waltz loosen up his manners and allow him to believe in love again?

Most of all, Jess finds her passion for music once again, and perhaps true love with Mark.

When Sarah Drew was recently on Home & Family, she shared that they were actually filming in Vienna, Austria during Christmas, 2019. They were “actually” walking down the Christmas marketplace. So, this is an authentic view of what the Christmas markets really look like.

They filmed all the way to the top of the stunning St. Steven’s Cathedral. They also went on the Wiener Riesenrad, which is a Ferris wheel that is over 100 years old!

Best of all, there was real snow. It started snowing big fluffy flakes the day that they arrived. Without the need for some Hallmark magic, it continued to snow until the director called “cut!” and the movie was done.

When Can You Watch Hallmark’s Christmas In Vienna?

The Hallmark Channel and Hallmark Mysteries & Movies are airing the Countdown to Christmas starting on October 23. This means Christmas movies 24/7! Are you ready for some holiday magic?

Have A Musical Holiday

Broadway stars Laura Osnes and Aaron Tveit star in One Royal Christmas. They have performed a very Broadway-inspired “Winter Wonderland” specially for this Hallmark movie.