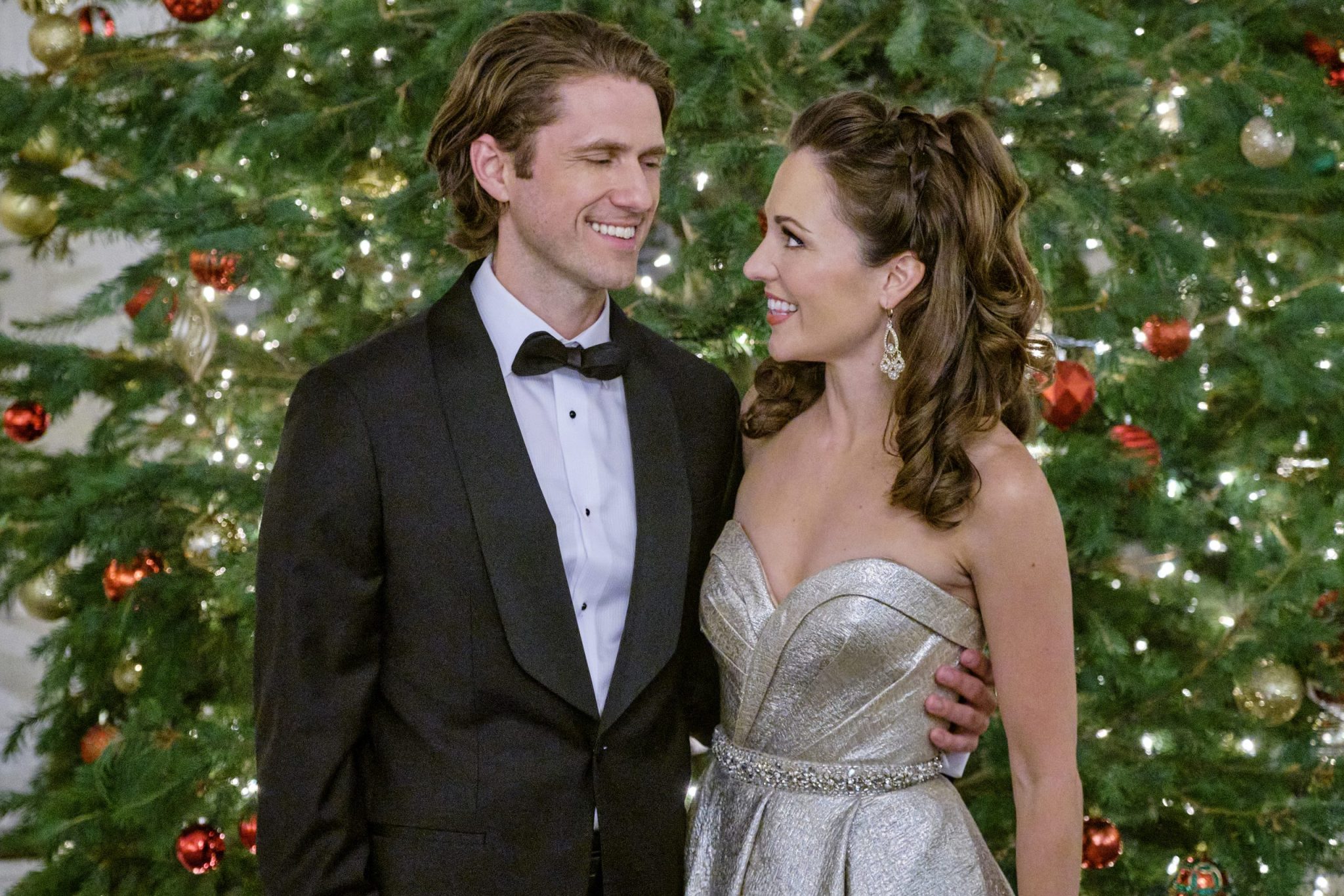 Hallmark’s One Royal Holiday features Broadway stars Laura Osnes (In The Key of Love) and Aaron Tveit (Les Miserables) in a magical, musical Christmas movie. This is a story of when a royal family get stranded in real Connecticut, that leads to love with a prince.

Are you ready to hear the classic Christmas song that the Broadway stars Laura and Aaron sing?

What Is Hallmark’s One Royal Holiday About?

According to the Hallmark press release, in the charming rural Connecticut town of Kentsbury, Anna (Osnes) helps a couple of stranded people before a serious blizzard. When she meets James, she is instantly attracted. Because there are no rooms available anywhere, Anna takes the mother (Victoria Clark, Homeland) and son (Tveit) to her dad’s (Tom McGowan, Everybody Loves Raymond) B&B.

Turns out that Gabriella and James are not exactly your ordinary mother and son traveling during the holidays. They are in fact, the Royal Family of Galwick. Anna doesn’t believe them at first, but it is true. As Anna and the prince get closer, these royals continue to extend their stay in this quint town. It is a magical place with the snow and the festive lights. And the sparks from this romance.

Prince James was not into Christmas. In his family tradition, it was a stiff affair, filled with speeches, and plenty of royal protocol. Anna loves Christmas. She shows Prince James how warm and inviting the holidays can be. They go on horse-drawn carriage rides. They even decorate gingerbread houses. Together, they marvel at the Christmas tree. The prince can see that Christmas can be the most wonderful time of the year.

More importantly, in this Hallmark movie, she helps him find his true heart. Meanwhile, Prince James tries to show Anna that this is fate. He wants her to just believe in herself. Does Anna believe that she deserves to be happy? Will they find that they are meant to be at the Kentsbury Christmas Eve Ball?

Hallmark brought the world of Broadway to their Countdown to Christmas 2020. According to ET, they sing an a cappella version “Winter Wonderland” in One Royal Holiday. Their version of the classic holiday song is festive and special!

When Can You Watch Hallmark’s One Royal Holiday?

The Hallmark Channel and Hallmark Mysteries & Movies are airing the Countdown to Christmas starting on October 23. This means Christmas movies 24/7! Are you ready?