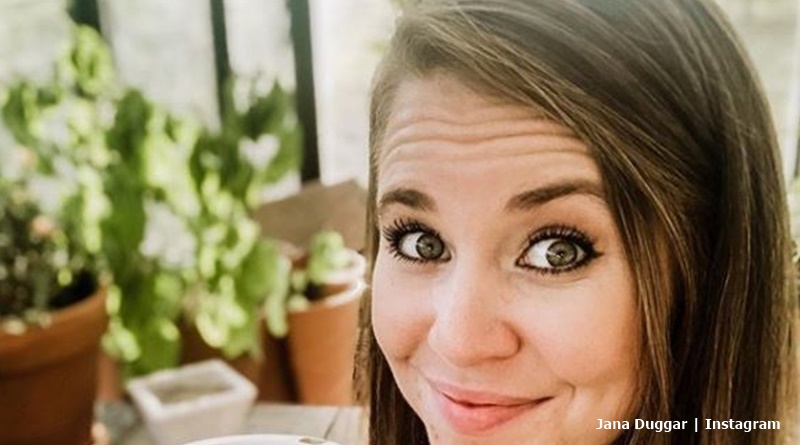 Jana Duggar comes from a very conservative family. In fact, her brother Jedidiah’s running for office, and Jeremiah’s his campaign manager. Her dad, Jim Bob has also been involved in politics over the years. And, the whole family supports Donald Trump. It’s not new news by any means. But, many critics troll on her for it. Now, loyal fans told off those Trump trolls.

This week, Jana took to her Instagram and YouTube and shared a short clip of her brother James. Now 19 years old, he too, follows the family’s political leanings. In the clip, James mowed a huge “Trump” sign in the grass using his weed eater. Certainly, it’s not the first time fans saw a Duggar do that sort of thing. And yet, some of her followers seemed astounded that Jana shared about it.

In fact, many people trolled on her on almost every social media post they could find that she shared. On YouTube, she locked comments, so they took themselves off to other posts to condemn Jana. Trump trollers seem to think that its a crime to support the president. In fact, they seem astonished that anyone might hold different political views from them. And, surprisingly, it seems that they don’t know the conservative values of a family they slavishly follow.

Counting On followers went onto Instagram and Twitter and expressed their differing feelings about Jana supporting her brother. One said, “This doesn’t help your Christian ministry… supporting the most divisive candidate in US history is not going to help winning over lost souls for the lord.” And, another one on Instagram said, “Uh no. It never ceases to amaze me these so called Christians can vote for this man.”

Well, loyal Trump fans don’t just sit back and take this sort of thing these days. Millions of Americans disagree with the Democrats. And, they seemingly become more vocal as the election nears. So, lots of them spoke up in defense of Jana Duggar and her family supporting Trump. And, they told off the Trump trollers on the TLC star’s posts. In fact, many of them pointed out that lots of Christians would support Trump simply because he’s pro-life.

On Twitter, where Jana shared about the YouTube video. One defender wrote, “some people need to chill out in these comments. After watching this family for years I know that they could never support the party of abortion or unbiblical societal norms, and for policies that don’t fit their values.” Plus, they added, “This family is not filled with hate, just different values which I believe should be respected.”

Then, another Counting On fan said to critics, “why does anybody care what you say when you are all about insulting people and their choices. Typical Democrat. You are all about choice until the choice doesn’t agree with yours.” Others also chipped in about Jana Duggar and her Christian values. One of them noted, “The Lord supports Christianity, Religious freedom, family, freedom of speech, safety, law and order, life and liberty, Capitalism, hard work and unity. Conservatives believe and fight for these values.”

James is so creative and is always surprising us with the things he comes up with! Check out the new yard artwork he did with just a weedeater! 😃 Link in my bio for the full video. #creativeweedeating #yardartwork

Bear in mind, that Jana Duggar lives in Arkansas. The state records show that the majority of voters there leaned toward the Republican Party since 2000. Of course, these days anyone who shares their political stance gets slammed from all sides, which reflects a genuine divide. Even Andy Cohen got slammed for fundraising for Joe Biden.

Do you think it is fair that celebrities get bashed for their beliefs? Sound off in the comments.