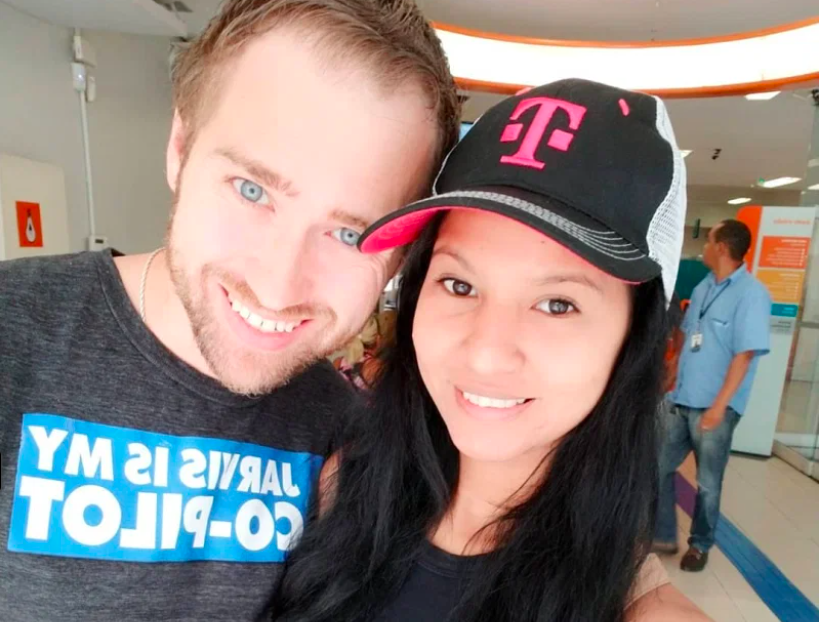 It seems things are looking up for 90 Day Fiancé: Happily Ever After? stars Paul Staehle and wife Karine Staehle. Paul is already back to posting Karine on his social media just less than two weeks after their reconciliation. This time he showed off her hair makeover.

Paul and Karine have experienced a rocky marriage for most of the year. Back in June, during an episode of 90 Day Fiancé, Karine shared that she was nervous and scared to move to the United States. She hesitated because she did not want to leave all of her family behind. Additionally, she had doubts that Paul could take care of her and their son Pierre.

According to Entertainment Tonight, the couple had originally planned to live with Paul’s mom, Edna. But their plans were ruined when Edna put her foot down and refused and told Paul to grow up and become more independent.

The 90 Day Fiancé couple has been going through serious relationship issues all season long. Karine and Paul got into a dispute in a now-deleted Instagram Live he posted on July 30. This post then resulted in them taking legal action against each other. They each ended up filing for a restraining order against the other.

But it seems that they each agreed to drop the protective orders at the end of September!

According to InTouch Weekly, this relationship turmoil even lead to their absence from the tell-all episode. The 90 Day Fiancé tell-all moderator explained, “You know the situation between Paul and Karine is a very complicated and sensitive one, so when we were about to do the tell-all, their situation was very fresh, and so we wanted to give them the space to really work through that.”

But it seems the pair are doing much better and even spending more time together.

On Wednesday, October 7, Paul shared a photo of Karine’s new hair on his Instagram Stories. InTouch went on to report that she sported a fresh balayage-style featuring blue streaks. Paul sharing posts with his wife Karine in them to his social media just might be a sign their marriage is healing!

Paul and Karine first met online and started a romantic relationship. Shortly after Paul traveled to Brazil to meet her where they fell in love. They married in November 2017 and welcomed their son last May. The pair split up in November, but they have since worked things out and there have even been rumors of a second baby in the works!

What do you think of Paul and Karine’s marriage struggles? Do you think they should be getting back together? Let us know what you think in the comments below. Be sure to keep up with all your favorite 90 Day Fiancé couples on TLC.