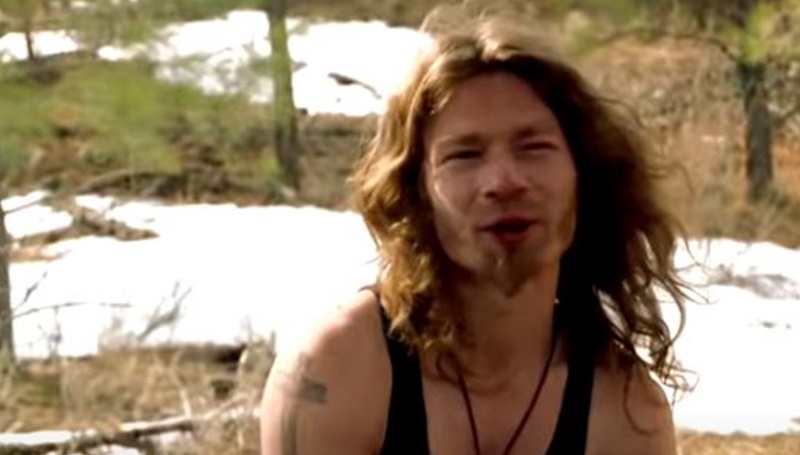 Alaskan Bush People (ABP) star, Bear Brown told his fans in early August that he might see his son River soon. Now, that happened, and he shared a photo of him with Raiven his ex, and his son. Bear really looks very happy and Raiven looks relaxed. Plus, fans think his son looks very much like Bear.

We reported in August, that Bear and Raiven communicated about him seeing his son River. Fans of the Discovery Channel know their relationship seemed very rocky. And, several allegations of abuse got thrown around by both parties. It looks like they never actually made up, but he hoped to meet his son for the first time. At the time, he said, “Hey everybody, I’ve got some news.” Then he noted, “It looks like I am finally going to be able to visit River.”

On Saturday, the Alaskan Bush People star posted up a photo on his private Instagram. He captioned it with “Went on a picnic. ” Many fans reacted to the cute photo. One of them said, “Great picture of all three of you together, River is lucky to have you both in his life💕🙏😍.” Then, another ABP fan noted, “So awesome, Bear & Raiven! River is just adorable! It’s great to see you all spending time together. ♥️”

More fans comment on the photo of Baby River with Bear

Lots of other fans commented on the picture of Bear and River. And, plenty of them like that Raiven looked happy and relaxed as well. Others commented that the little boy looks like his dad. One fan wrote, “Congratulations on your beautiful boy! I’m so happy that you got to see him! He looks just like you Bear! Now maybe he can grow up seeing his little cousins once in a while.”

Apparently, Raiven traveled to Washington from Texas especially for the meetup, The Sun reported. The ABP star doesn’t allow his photos to be embedded, but you can check out his photo and plenty of others on The Sun‘s link. Notably, the reasons given for the length of time before Bear met River related to the coronavirus. But possibly, the ongoing custody case also slowed things up a bit.

Bear’s lawyer stepped back from the custody case

We reported that Bear Brown‘s lawyer stepped back from the case a week into August. Apparently, the ABP star  “refused to cooperate” in his custody war with ex-fiancee Raiven Adams. Looking at the happy photo of Raiven and Bear with River, most fans hope that they finally work it all out. After all, a friendly relationship’s probably the first step to raising their son into a well-rounded boy.