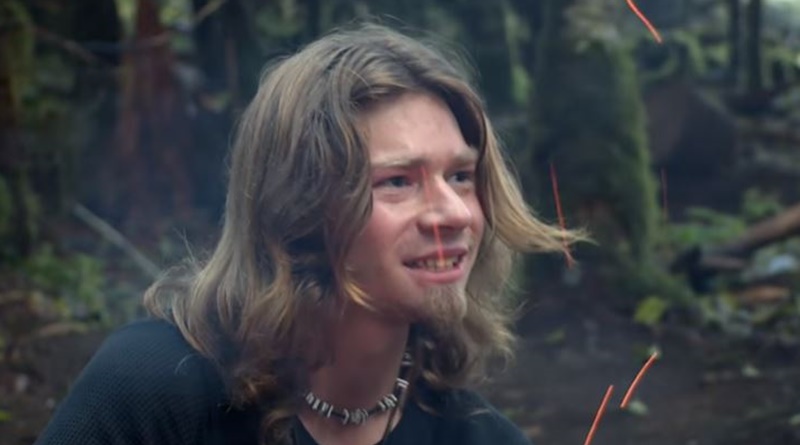 ABP star Bear Brown got very excited and told his fans that very soon, he hopes to hold his son River. He never yet even rocked his son to sleep, we reported. The news came just weeks after he produced a test that revealed no drugs in his system. Recall, Raiven Adams accused the Alaskan Bush People star of abusing her and using drugs. Finally, it looked like this long custody battle might come to an end. But, now his lawyer apparently quit on the custody case.

The details seem rather unclear at this stage. But, hopefully, Bear didn’t do something wrong when he claimed he could soon hold his son. The news about the lawyer quitting got shared by the Instagram account, @alaskanbushpeoplebear on Thursday this week. The site shared a copy of a scanned document. Their caption read, “Mr. Quakenbush was granted his request to stop representing Bear Brown. He [either] refused to pay the attorney or he’s not following a court order.”

The Sun US also reported on it and gave a little bit more context to the story. Apparently, Bear “refused to cooperate” in his custody war with ex-fiancee Raiven Adams. Fans know the rather ugly custody case went on for months now. In fact, Bear never even visited River since his birth in March. Actually, he told fans that Raiven only told him about the birth two days after the event. Now, it seems Bear ran into complications. The ABP star lost his attorney who filed to withdraw from the case without Bear’s say-so.

Mr Quakenbush was granted his request to stop representing Bear Brown. He wither refused to pay the attorney or he’s not following a court order.

Judge allows the attorney to withdraw

According to a source, the outlet noted that the judge dismissed the lawyer from the case as requested. Apparently, Bear never attended the hearing. Whoever the source is, certainly sounds rather against Bear. Potentially, it could be Raiven herself or her mom. Bear complained they talked to the press and tell “lies” about him, we reported in early July. The source alleged, “Bear refuses to submit financial documents for child support. He thinks he’s above the law and can get away with not giving it to them. What he thinks is acceptable he gives.”

Apparently it all refers to money of some sort. The source noted that “they will have to go after his paycheck if he gets one.” Whoever that source was, claims that the Alaskan Bush People star can easily see River whenever he feels like it. All he has to do is, “set up a time with Raiven.”

As for Bear, the Discovery star mentioned nothing on his social media. In fact, he rather shared some attractive photos of the rain in the misty mountains. Perhaps in time, Bear steps up and clarifies what went down with the lawyer.