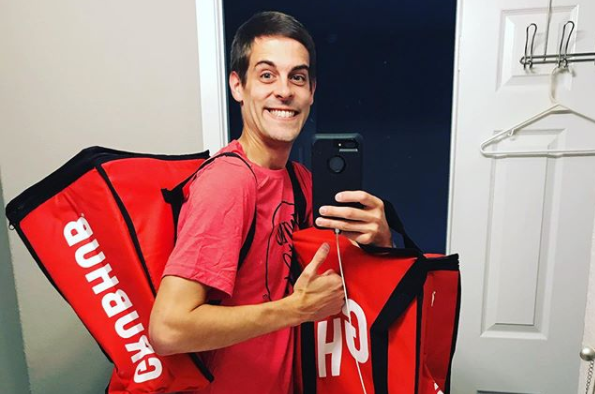 Is Derick Dillard’s Health Failing? Duggar and Counting On fans have questions after seeing various photos of the couple on Twitter.  Wife, Jill has now taken the time to respond to fans’ concerns about Derek’s health issues. 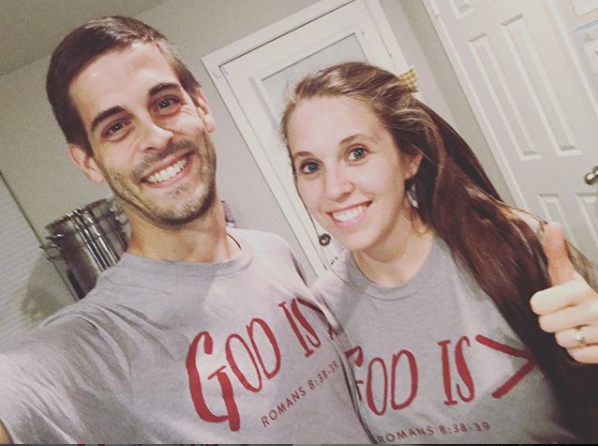 Fourth Eldest Duggar Daughter, Jill posted a photo of Derick and son, Israel on Instagram earlier this week that raised some eyebrows.  The photo was in celebration of the pair starting their first week of school together – Israel starting Kindergarten and Dad is beginning his law school journey. The Snap featured father and son holding hands walking in front of what appears to be the school. Both are wearing masks, however you can tell they are smiling for Jill, who is taking the picture.

What fans found alarming about this photo was Derick’s appearance. The slender 31-year-old appeared much leaner than his normal stature. Fans were immediately alarmed by Derick’s skeletal appearance and started reaching out to Jill via her various social media.

“Pure Curiosity, zero disrespect. Is Derick Healthy?” One fan asked on her Instagram post. The inquiry prompted others to wonder as well.

While a number of fans came to Derick’s defense and letting the inquiring viewers know that the reality personality has always been on the skinny side, there was really no need. Jill Duggar handled the situation with grace and was not offended by her fan’s questions – but seemed more thankful for their support and concern. She took the opportunity to directly address the situation, responding to various comments on her posts.

The long time TLC alum answered fans by confirming “Yes” her husband is healthy and well. She went on to also inform fans that he has a lean, runner/swimmers build and a high metabolism that keeps him on the smaller side.

✅1st week of school…+ a few days…is in the books AND our 1st day of school video is live! 🤗 . . ⬆️ Check my stories for the direct link or visit the blog at www.dillardfamily.com 🌟 . . 👆🏻➡️ Also, don’t Derick and Israel look like #twins in their first day of #kindergarten pics?!😄 . . #firstdayofschool #israeldillard #derickdillard #lawschool #pottytraining #samueldillard

The Couple Has Answered These Questions Before

Unfortunately, this is not the first time fans of the Duggar universe have had questions about Derick Dillard’s health. Several years ago, the pair combated similar questions several years back after Jill posted a picture of her, Derick and one of her children standing with a costumed character. Posted during Jill’s pregnancy back in 2017, Derick looked almost emaciated in comparison to his wife. While both were smiling and seemingly happy in the snap, Derick looked a bit shaggy and tired – which was accentuated by the deep sunken bags around his eyes.

Fans noticed almost immediately that Derick might not be at the top of his game health wise. The comment section of the photos were flooded with comments asking whether he was sick. “Are you sick? You look really sick. 🙁 if I didnt know who you were I’d think you did drugs.” wrote one viewer.  Many other of Jill’s followers commented with similar sentiments. 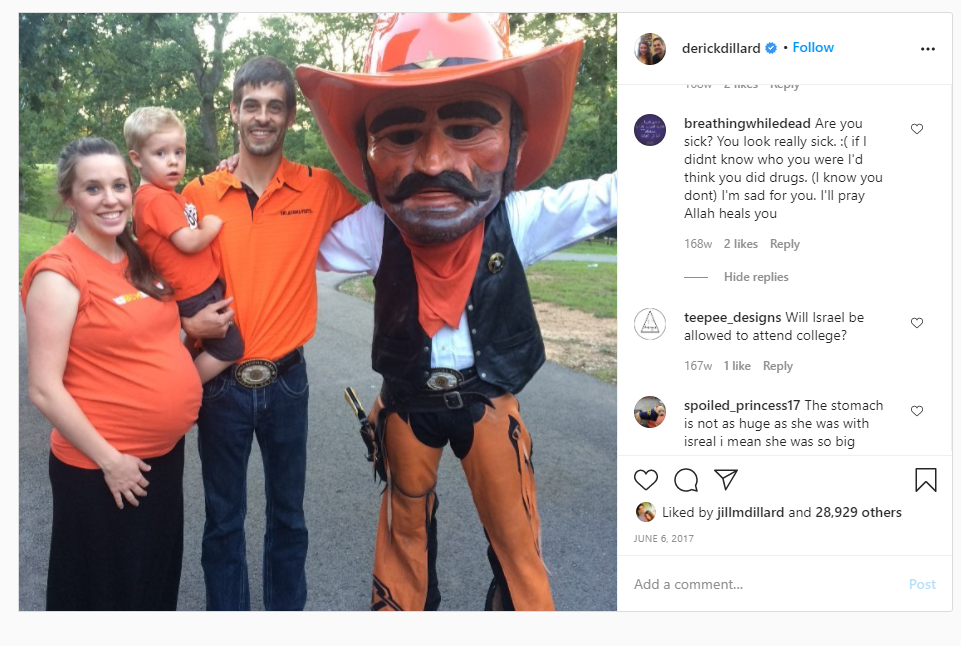 So, Is Derick Dillard Sick? What’s Going On?

While Dillard has had some minor ongoing health issues in the past – he has been very open with them. Fans of Counting On  will remember that in the later seasons that included the couple, the show documented his struggle with gagging. The issue often happened while Derick would go on runs. The issue is something he has dealt with since early childhood and doctors had yet to be able to give him answers as to what was causing it.

The show later followed his appointment with an allergist which revealed he had sensitivities to certain plants, trees, and dairy that might be triggering the issue during outdoor activity. InTouch Weekly reports the couple have yet to find a permanent solution for the issue. However, they have discovered that certain carbonated beverages seem to help calm the symptoms.

Other than the previously existing issues – Derick is reportedly in good health otherwise. The couple might even be reconsidering their decision to leave Counting On. Previously, Derick has been adamant that he and Jill would not go back to being a part of the popular TLC reality show. Now it seems he may have had a change of heart. InTouch reported recently that when fans commented about how much they’d love to see the couple return, Derick replied “Maybe we will someday.”

Would you like to see Jill and Derick come back to Counting On? Tell us your thoughts in the comments.

Stay tuned to TV Shows Ace for all the latest tea on all your favorite shows and stars!