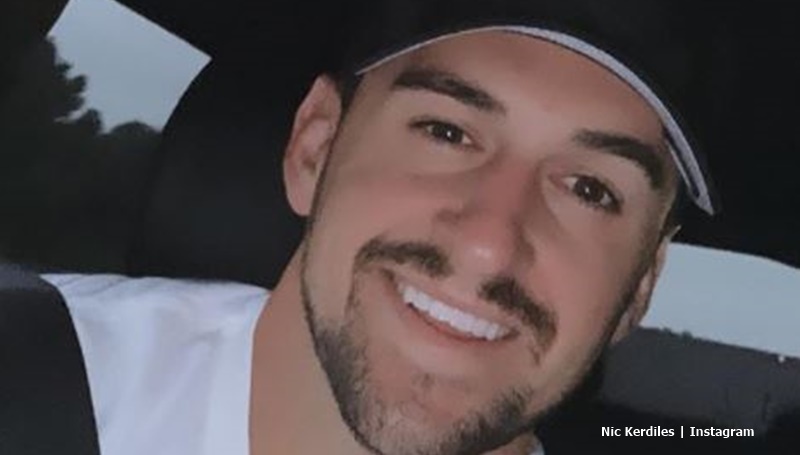 Chrisley Knows Best star Savannah Chrisley and Nic Kerdiles broke up and fans on social media wonder why they still date after the second postponement of their wedding. They seem a bit confused about it, as they postponed their wedding twice. Now he shared about Nanny Faye’s birthday, and critics trolled on him, saying he should stop “making a fool” of himself.

We reported that Nic shared a video of himself with Savannah on her birthday. It came after they apparently delayed their wedding yet again. Actually, fans got a bit confused about these two. One moment they love each other. They plan a wedding, then Savannah calls it off. How many times must this go on? fans wonder. And, one of them noted that on her birthday, Nic came over as more of a friend than a lover.

Meanwhile, The Blast reported that Chrisley Knows Best star Savannah Chrisley’s ex-fiancé is getting trolled hard after wishing her grandma a happy birthday.” Nanny Faye’s very popular, but some fans thought that Nic only greeted her on her birthday to try and stay relevant with the Chrisley family. He shared a throwback photo from about a year back and shared a sweet message. But, fans grow weary of Nic and Savannah. They think their relationship’s not going anywhere.

Thousands of fans turned out and wished Nanny Faye a wonderful birthday. Others talked about how they can’t wait for Nic and Savannah’s wedding. One said, “Nick I hope u guys get back together again.” But other realists, jaded now, suggested it’s all over for them. One critic wrote, “Dude she dumped you already get over it and move on, stop making a fool outta yourself. You’re better than that.”

Another Chrisley Knows Best critic noted, “Dude move on she dumped u [find] somebody else can’t play NHL hockey lover.” Then someone told him to stop “wasting his time.” They also noted, “Nick. No offense. But the girl (Savannah) has something wrong with her. It is x to cut the ties and both of u need to move on. You can’t force love. U r eather ment [sic] to be or not. U r not. Life is short.”

Happy Birthday to this incredible woman! Blessed to have you in my life and in my corner. Your love, laughter and overall joy is so infectious to everyone and you are loved my so many. Thank you for being you… cause you is freaking awesome! 😁😎 @nannyfayechrisley

Savannah seems to want Nic but not as a life partner

Many people feel that Savannah likes Nic to hang with. But, she won’t commit to marrying him. So, no wonder people feel he should move on. At least that way, he leaves with some dignity intact.  What do you think? Should Nic move on? Is he really wasting his time with the Chrisley Knows Best star? Sound off your thoughts in the comments below.