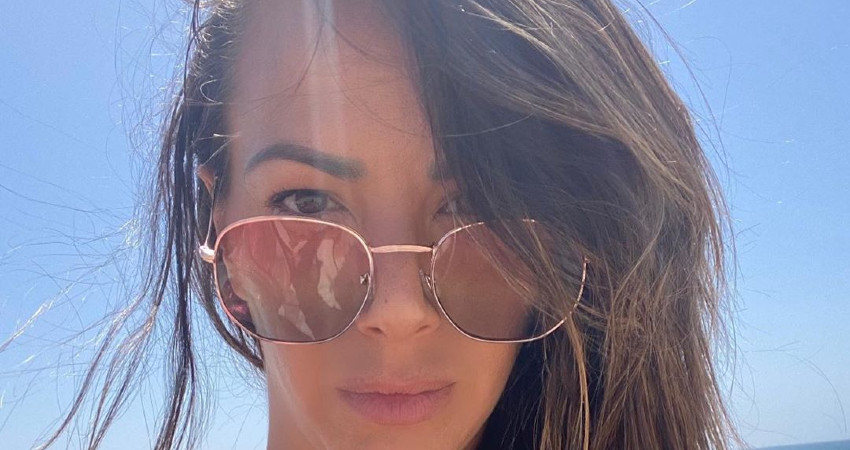 Vanderpump Rules fans haven’t seen the last of Kristen Doute. Not only is the former reality star active on social media, she plans to expand to other platforms in the future. She chatted with fans in the comment section of a recent Instagram post. Unlike some of her other co-stars (*cough* Jax Taylor,) Kristen keeps her comment function turned on. Following the backlash from Pump Rules fans, some of the stars disable comments or post exclusively to IG Stories.

But not Kristen. She takes her lumps. However, she also still has many devoted fans who wish she could return for another season. As fans know, Kristen and Stassi Schroeder were both fired from Bravo back in June due their racially insensitive behavior.

In the fallout, Kristen lost her publisher’s support for her book He’s Making You Crazy. Stassi lost her podcast and several endorsement deals. Lisa Vanderpump recently shut down rumors that Stassi is getting a Bravo spin-off. However, Kristen Doute seems to have projects in the pipeline.

On Monday, August 31, the james mae founder shared a ‘fierce’ selfie. In the caption she wrote, “Feeling especially fierce tonight.”

Fans flooded the comments with compliments about Kristen’s appearance. In fact, one fan wrote that they “loved” Kristen’s “nose smile.” The fan was referring to the crinkles in Kristen’s nose when she smiles. She replied that her grandfather loved the crinkles, too.

Another fan told Kristen that they will miss her “next season” of Pump Rules. Kristen wrote back to the follower that she may be “gone,” but she’s not “forgotten.”

Where Will Kristen Land? She Teases Fans of a New Venture Post-Pump Rules

In response to the same fan, Kristen also teased a new venture. Reality Blurb reports that Kristen assured fans that she will be back. Kristen wrote that she’ll be, “💯 back on another platform.” The fan replied with, “Yay.” Another fan offered a series of hand-clapping emojis at Kristen’s news.

The former Pump Rules didn’t offer details of the platform or if it will be a podcast or a new show entirely.

Fans aren’t even sure if Vanderpump Rules will return for Season 9 anyway. Bravo has yet to offer any updates on a potential new season.

Can you believe that Kristen is almost 40?! You’d never know from looking at her. And fans want to know her beauty secret. One fan replied to Kristen’s fierce selfie asking for beauty secret deets. The fan asked, in all caps, “HOW DO YOU LOOK SO YOUNG” Kristen replied in partly all caps, “BOTOX.”

However, that isn’t the only secret to her beauty. She credits “water and vegetables” for her youthful appearance, as well. Of course, fans chimed in that Kristen doesn’t need Botox. However, it’s no secret that many of the Pump Rules stars use the cosmetic procedure to keep them looking fresh-faced.

Kristen regularly has ‘fam dinners’ with Jax Taylor and Brittany Cartwright. Kristen’s boyfriend, Alex Menache, joins her for the dinners. The Pump Rules alum recently spoke out about the future of her relationship with Alex.

What do you think of Kristen’s vow to return? Will you be watching or listening to her new venture? Tell us in the comments down below.

Be sure to follow us on social media for updates on Vanderpump Rules and all your favorite TV shows.