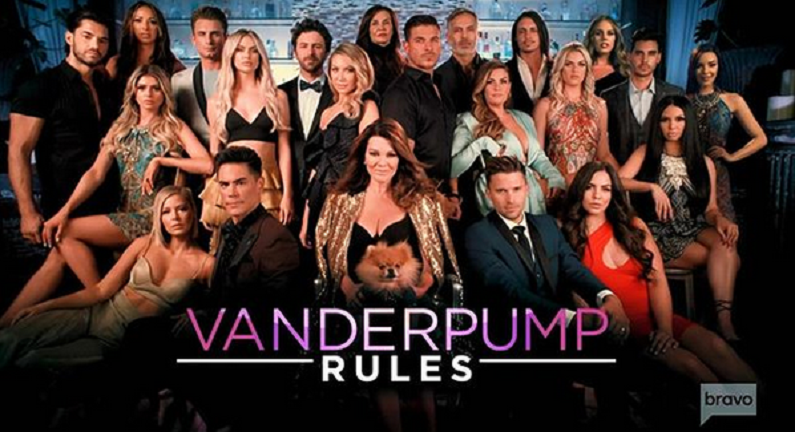 Vanderpump Rules viewers don’t believe the show is returning for Season 9. As fans already, SUR restaurant has been closed since March due to the COVID-19 outbreak. Lala Kent, Katie Maloney, and Scheana Shay said that the new season is up in the air. They don’t know when they’re going to film next.

The hit Bravo series premiered in January 2013. It’s a spin-off of The Real Housewives of Beverly Hills. The series followers Lisa Vanderpump and her staff working at the West Hollywood establishment. Since its premiere, there have been eight seasons to date. However, the last season ended on a sour note with the original cast members going their separate ways.

NEW INFO: Lisa seemed confident that the show would be back for season 9 during an August interview with Entertainment Tonight. “There are new cast members,” she said before acknowledging the lack of lack of the show. “It’s really up to people that want to be front and center. I mean, I’m always all about that. Our companies are like the United Nations.” #pumprules

But is there a new season in the works? Fans aren’t convinced.

Why Vanderpump Rules Season 9 may not happen

Fans took to the Reddit thread to share their thoughts on Season 9. Some have a strong feeling that Vanderpump Rules will not return for a ninth season. Of course, the cast has said that it’s up in the air due to the coronavirus. But here are some reasons why it may not return at all:

But some Bravo fans have hope

However, not everyone is convinced that Bravo is done with Vanderpump Rules just yet. Some of them are holding out hope. One fan argued that Pump Rules is set in a restaurant, which wouldn’t be safe to film for the cast and crew. The fan has confidence that the show will start filming when the restaurant is open and it is safe to do so.

Also, it could film later this year. It all depends on how long the pandemic will affect Lisa’s restaurants. Even TomTom is not open. It briefly opened in June, to which it closed again.

Vanderpump Rules could start filming when cases settle down in Los Angeles. It doesn’t matter the time of year they could start filming. Maybe filming in a different season is what fans need. The show is in desperate need of a change, anyway.

Some fans love the idea of a Vanderpump Christmas or New Year’s Eve. The show will have plenty of content to offer. However, some fans feel that the show is at the end of its rope. Most of the castmates have since settled down, which won’t make for good reality TV.

What are your thoughts? Do you think Vanderpump Rules Season 9 will happen? Sound off below in the comments section.