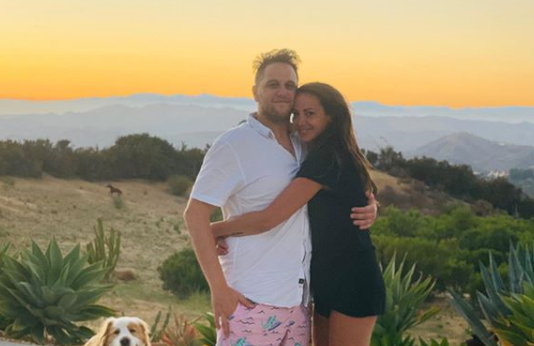 Kristen Doute has been dealing with a lot after being fired from Vanderpump Rules.  Her boyfriend Alex Menache has been a supportive figure in her life. The two started dating right before the pandemic started. When it comes to marriage, Kristen said she doesn’t, “feel the need to rush.”

She said while they had the conversation, they aren’t in a hurry. This is not surprising considering the messy split she had from her ex-boyfriend Brian Carter. Kristen Doute said, “if it happens, it happens.” She said the quarantine has allowed them to grow closer.

Kristen Doute Was Happy Quarantining Together

Kristen Doute said, “He took me on a trip to Tumlum right before quarantine started.” According to Life and Style she said she told him to get back quickly when they were separated. The former VPR star said they learned a lot about each other during isolation. She said, “I mean, I spend every single day with him. He’s really special. He’s the best thing.” According to The Blast, she said, ““I think Alex and I are just doing it the way that’s right for us.”

They were friends for four years before they started dating. A mutual friend from the Vanderpump‘s cast introduced them. She said, “a lot of the cast knew him already and they’re really good friends with him.” She said that it just happened and was the right time for both of them.

Fans seem to approve of the union. One posted, “I really hope and pray your happy and that you found a REAL MAN…You deserve it and especially LOVE.” On a post with the two of them and their dog in front of a sunset, a fan wrote, “this is everything. You look so beautiful when you are happy.”

Kristen Shares Lots Of Pictures On Her Social Media With Alex

If her Instagram is any indication, the two have a lot in common. Kristen Doute posted a picture of them wearing matching Dodger’s jerseys. Some fans were happy for her saying, “I’m so happy that you’re happy, Kristen! You deserve it!” Another one criticized her saying, “you’re a literally teenager who never grew up.”

Kristen Doute tried to make up for it with a public apology, after she got fired for racist comments. She also revealed her company, James Mae, would be donating twenty-five percent of profits to Watts Empowerment Center and Black Fashion World. Kristen is still in the press while not on the show, so it will be interesting to see how her career changes paths. Fans will continue to follow her social media to see how her relationship progresses.