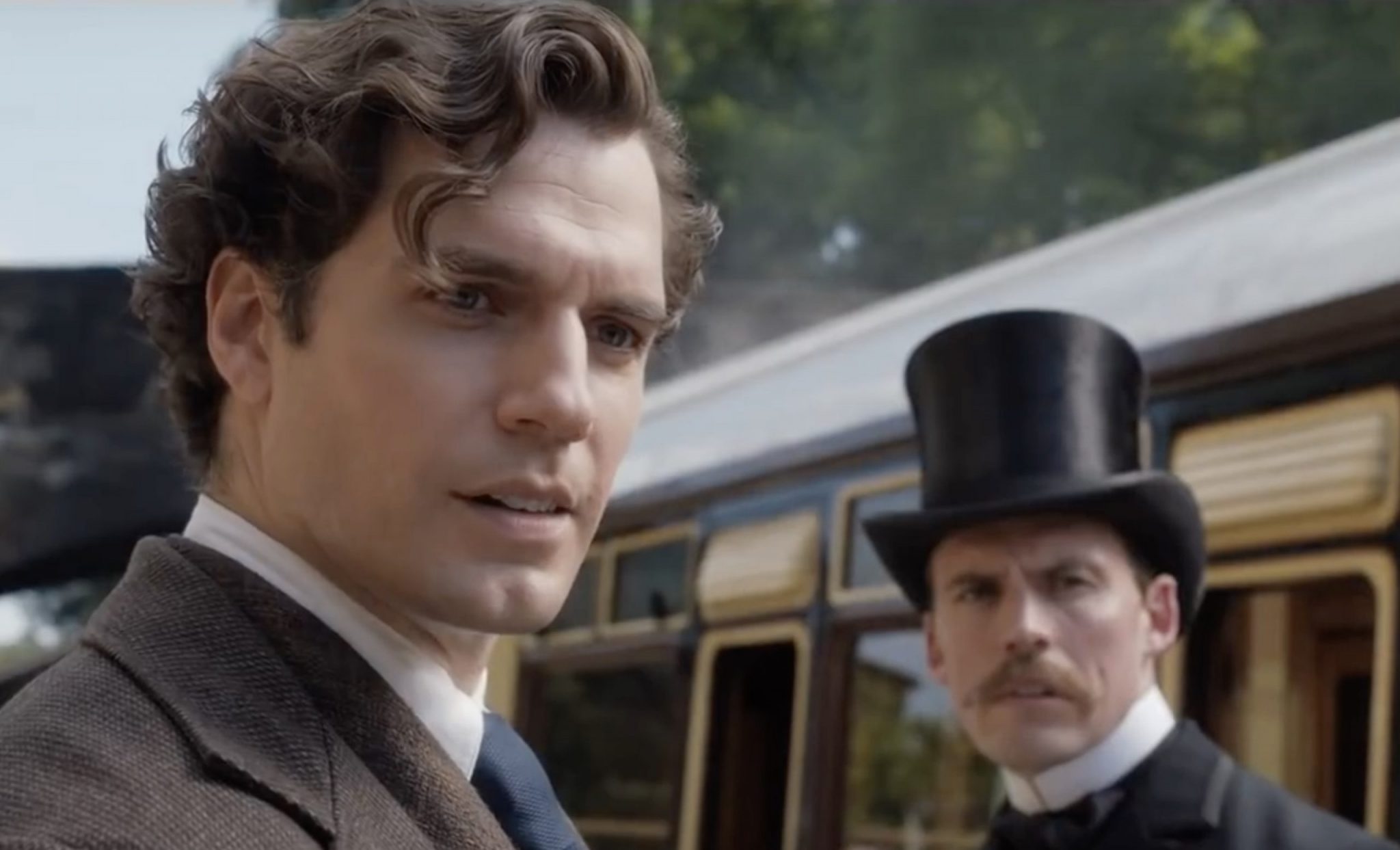 On Tuesday, when Netflix dropped the new Enola Holmes preview, the internet went crazy over Enola’s hot brother, Sherlock. Superman’s Henry Cavill is now taking on the role of the iconic sleuth, and the internet is going crazy.

From Henry’s curls, to smoldering eyes, his Sherlock Holmes reboot is trending on the internet, sure to make Enola Holmes the next big Netflix hit.

The internet is now filled with comments about Henry Cavill’s Superman-like curl. His fans are sharing their excitement of how he has slayed some of the biggest roles to date. He has played the Man of Steel, the Witcher and now Holmes, Sherlock Holmes.

“1. Enola Holmes Looks like it’s going to be a lot of fun. 2. I am extremely here for Henry Cavill’s little Superman curl. 3. God bless the casting director who was like ‘Hear me out for a second…what if Sherlock Holmes was hot?'”

This is quite a change for the British actor. When he was young, he was called “Fat Cavill.” He shared that failure made him a better Geralt of Rivia. Cavill lost out on Twilight and Tristan + Isolde leads. Now, he has portrayed some very iconic characters.

1. Enola Holmes looks like it’s going to be a lot of fun
2. I am extremely here for Henry Cavill’s little Superman curl.
3. God bless the casting director who was like “Hear me out for a second… what if Sherlock Holmes was hot?” pic.twitter.com/SwgjZ7LE9k

What Is Enola Holmes About?

Is it 1884, in England. Free spirit Enola Holmes (Millie Bobby Brown) wakes up on her 16th birthday to find her beloved mother (Helena Bonham Carter) has disappeared. Mom left Enola a smattering of gifts. But, no information on where she went.

Instead, Enola is now forced to live by her conservative brother’s rules. Sherlock (Henry Cavill) and Mycroft (Sam Claflin) have decided to tame their younger sister. So, they are sending her off to finishing school for “proper” young ladies.

Enola is not about to be trapped into that sort of boring existence. She heads off to London to find her mom. But, a mystery halts her search. She encounters a runaway Lord (Louis Partridge). Now, she has something bigger to solve.

Enola finds herself in the midst of a conspiracy that could alter the world as they know it. She proves that she has all the sleuthing savvy of her infamous older brothers, as she solves her own case.

The new Netflix mystery-adventure series, Enola Holmes, is based on the Nancy Springer novel. Netflix will drop Enola Holmes on September 23.

Although Henry Cavill has been posting quite a few photos from Enola Holmes and his delightful time playing the role of Sherlock, he has been working on The Witcher Season 2. Both the movie and the series are on Netflix.

The Witcher Season 2 had to stop filming due to the coronavirus quarantine. Now, they have resumed filming. They will continue to do so into sometime in early 2021. That is, assuming there is not another shutdown.

There is no news on when it will air, although speculation has it that Netflix will drop the new season late in 2021.