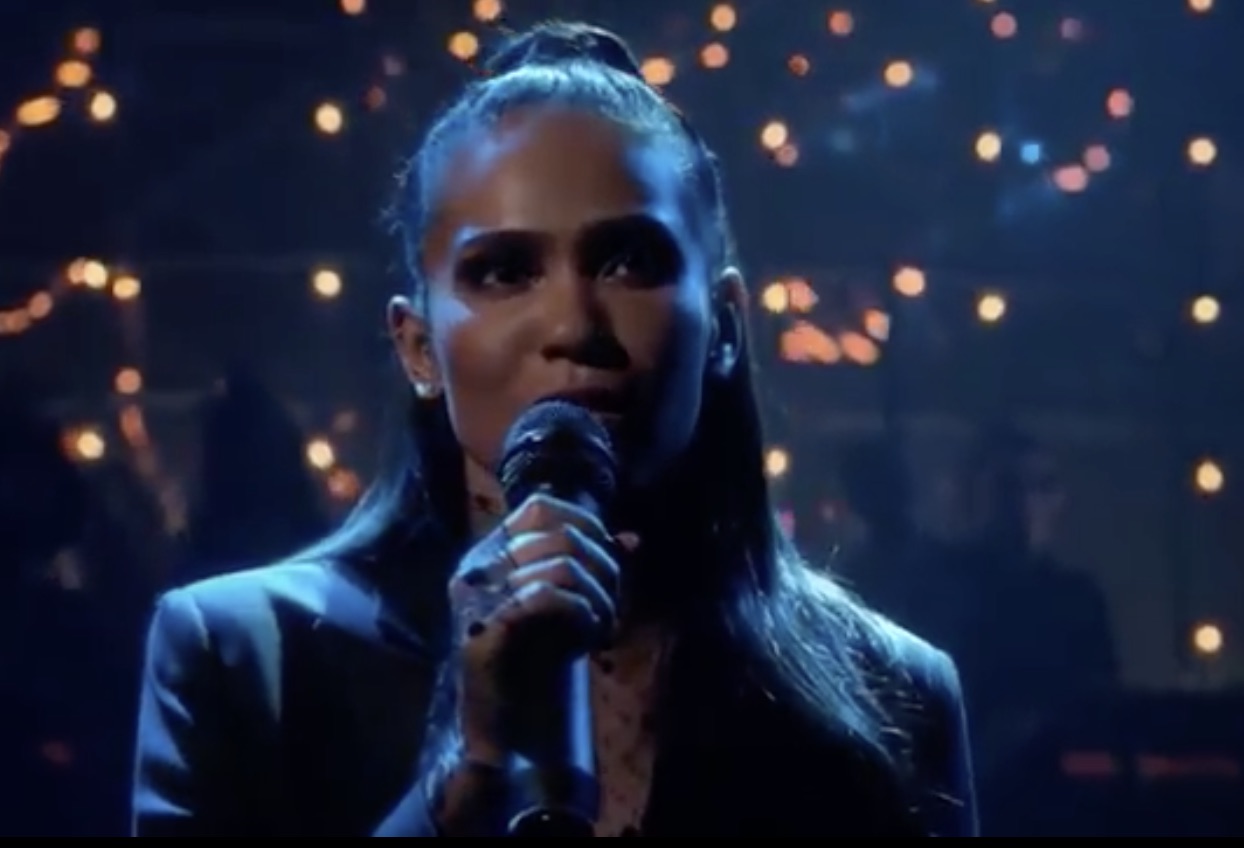 For years, Lucifans have begged for a Lucifer soundtrack. No, not the fabulous music that is played during scenes, parties and at Lux. Instead, the songs that the Lucifer stars have performed throughout the first five seasons of the shows.

This includes Maze’s (Lesley-Ann Brandt) beautiful “Wonderwall,” Lucifer’s (Tom Ellis) “All Along the Watchtower,” and Lucifer and Axara’s (Skye Townsend) “I Will Survive.” How can fans listen to these songs?

Throughout the first five seasons of Lucifer, there has been a lot of great music. In what may be the greatest gift the Lucifer team could give to Lucifans, they have now released 13 musical performances from the cast.

Subsequently, on Friday, Tom Ellis went to Twitter to announce the big news. He wrote: “I’m very pleased to finally announce we have released a Lucifer Soundtrack!!!!! Check it out”

“All Along the Watchtower (feat. Tom Ellis)

“Someone to Watch Over Me (feat. Tom Ellis & Lesley-Ann Brandt)

“I Want to Be Evil (feat. Lesley-Ann Brandt)

This moment. This was for love. #lucifer #mazikeen #maze #meve @lucifernetflix

Where Can Lucifans Listen To The Music From Netflix Show?

How can fans of Lucifer’s musical takes on these classic songs listen to these 13 songs? Tom shared a link on Twitter that included the different sites fans can download or stream the music. This includes Apple, Spotify, YouTube, iTunes Store, Google Play, Amazon Music, Deezer and Tidal.

Most importantly, there is bound to be a suitable platform for each and every Lucifan who wants to enjoy these favorite musical pieces.

Please credit if using it 🙏🏻 pic.twitter.com/JbUZTYqLHs

Back in May 2019, while at the Bello Con in Rome, Tom Ellis made a personal promise that he would try to make the Lucifer music available to fans. Above all, the talented actor revealed that many fans have asked about recording and releasing the songs they perform on the show. Moreover, he promised that he would “take this into my own hands.” We have yet to understand how involved Ellis was in this latest development. Consequently, fans just know that they love these songs and want to stream them.

Originally, there was no real intention to have music in Lucifer. But, after a few karaoke, after-work, cast get-togethers, it was clear that there was some musical talent in this group. Subsequently, throughout the years, music has played a big part in the series.

I’m very pleased to finally announce we have released a Lucifer Soundtrack!!!!! Check it out 😈 https://t.co/n6yTlhXqBC

Moreover, the Lucifer music is not ending with this release! Lucifer Season 5, Part 2 will include a musical episode. That very special treat will feature 80s icon, Debbie Gibson! When will the second half of the fifth season be released? No one knows yet.

There are some guesstimates that Netflix will drop the remaining Season 5 episodes in February. That is, if they can commence filming soon. The final episode, numbest 16, is 60 percent completed. They plan on filming that before filming the sixth and final season of the Netflix series.

What Did Jackson Roloff Do That Made Tori Bawl?
‘Bachelorette’ Blow-Up Doll Man Revealed
Meri Brown’s Best Friend Jen Ends Up With Egg On Her Face
Lori Loughlin Got Her Passport Back, Can She Film ‘WCTH’ In Canada?
Discovery and Georgia Aquarium Partnership Adds Aquatic Content And Conservation Awareness