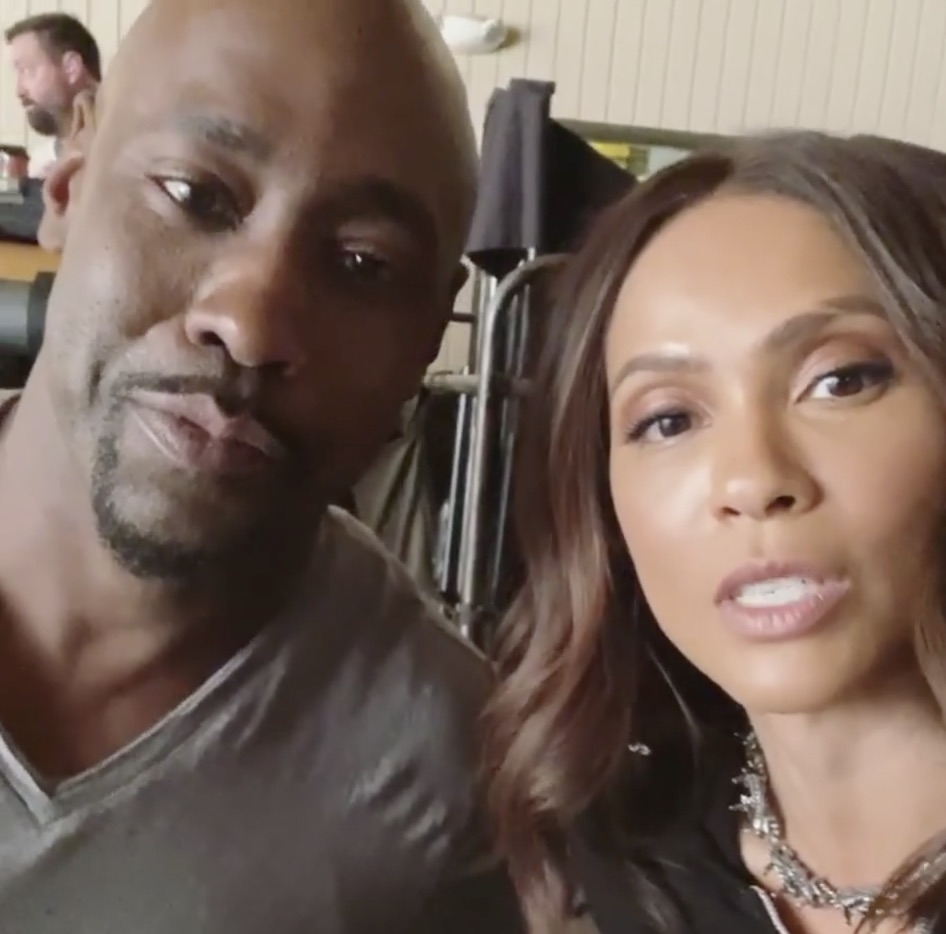 Lucifer Season 6 has not officially begun filming yet, but they are already starting production. This includes writing episodes for the final season of the Netflix series. One of those episodes will feature a Black Lives Matter storyline.

Could this be in response to some criticism from Trevor Noah on The Daily Show?

Lucifer Season 5 is finally dropping on August 21, but the cast and crew are getting ready for Season 6. This includes some topical subjects including Black Lives Matter. Showrunners Joe Henderson and Ildy Modrovich recently spoke to ET about the recent events and their police procedural show.

Ildy explained that when the Lucifer Writer’s Room congregated, there was a discussion that Lucifer is a “cop show.” They also discussed “in what ways have we contributed or not addressed the systemic issues of the police department.”

The consensus amongst the writers was that they decided to “speak to it.”  So we’re actually doing a story that speaks directly to it, and we’re super excited about it.” Ildy is tackling the writing for that episode. Her main concern is “getting it right.”

Modrovich never revealed what criticisms that television cop show received after the events surrounding the death of George Floyd in Minneapolis. But, she clearly acknowledged that they want to deal with the criticisms over TV police programs received. She didn’t name names, but many Lucifans know that one show in particular was unkind to the character of Chloe Decker.

Some very exciting news for the #Lucifer fans! Thank you @Henderson_Joe and @Ildymojo for the chats today… can't wait for the fans to see what else we talked about 😈. @insidethetube @etnow https://t.co/gmYggWHhkb

Trevor Noah Critical Of Lucifer’s Chloe In The Daily Show

In late June, Trevor Noah and The Daily Show released a bit called “Copaganda: How Cop Shows Lie To You.” Noah blamed cop shows for public misconceptions and seeing police as “infallible.”

Then, he showed the “Copaganda” segment. This included clips of some of television investigators. This was a cornucopia of tv investigators. Two examples include NYPD Blue’s Sipowicz and Bones’ Booth and Brennan. They also included Lucifer’s favorite cop, Chloe Decker, in that segment.

No one from the Lucifer team acknowledged this, but fans could wonder if this video led to the writer’s room conversation? We may have to wait to learn that story when Season 6 is dropped. Right now, Lucifans want to see Season 5.

When Is Lucifer Season 5 Airing?

Netflix will drop Lucifer Season 5 Part 1 drops on Friday. The filming of the last Part 2 episode had to halt due to the coronavirus quarantine. Although there are rumors that they will start filming  In the fall, that is not yet confirmed.

Tom Ellis recently spoke to Daman, and he shared that they filmed about 60 percent of that final Season 5 episode. Then, they will tackle Season 6. But, he predicts this may be slower and laborious in order for everyone to stay safe from Covid-19.

Netflix drops Lucifer Season 5 Part 1 on August 21. There will be eight episodes, each running close to an hour.