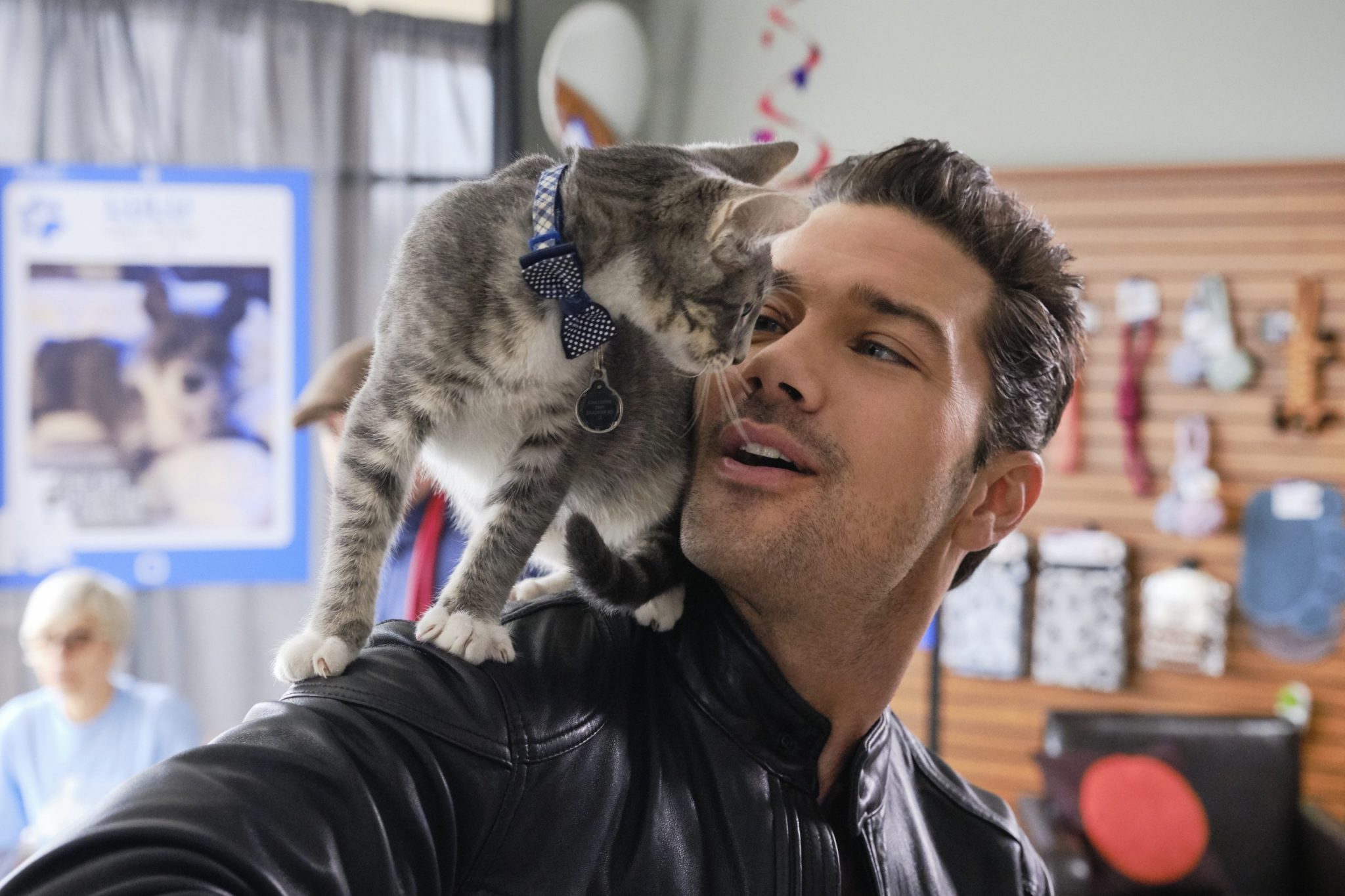 No, Ryan Paevey fans. That is not the Hallmark hunk who is sliding into your DMs. He is not privately talking to you about donating some money to a questionable cause. On Monday, the General Hospital alum shared a warning to his fans about a scam that is going on.

And that scammer is pretending to be him!

Ryan Paevey Warns Fans He Is Not Sliding Into Their DMs

On Monday, Ryan Paevey went to Instagram with a PSA for his legion of fans. The Mr. Darcy star shared that he is not sliding into your DMs.  He is warning fans about a scam that is going on. People think that they have been talking to Ryan through direct message. They are not. Ryan Paevey is not asking for money. Instead, there are scammers pretending to be him and they are trying to rip off people.

“Little PSA because social media can be an awful place sometimes. I only have one Instagram account, this one, and no chat accounts or anything like that….that’s the way it’ll always be. Be careful guys and gals, lots of weirdos out there…and @instagram is completely inept or doesn’t care (likely the latter) when it comes to safeguarding the public from situations like this, or helping me have them removed once i find out.”

How To Know If Real Celebrity Is Contacting You?

How do you know if a real celebrity is contacting you? Thanks to Ryan’s Instagram post, we all know. Look for a blue check next to the name of the celebrity. TV Shows Ace has shared two screenshots of accounts with actor Tom Ellis’ name. The top one with the blue to the right of the name is the Lucifer star’s official account. The bottom one, which misspelled “official” does not have that blue check.

In addition, Ryan explained to fans that if a celebrity is asking for money for a charity, they are going to be as transparent as possible. They are not going to be secretive and individually message people. The people who are pretending to be him are trying to scam people out of money. They are taking advantage of people who may not be so savvy with social media and the ways of these scammers.

One Fan Almost Got Scammed

One fan commented on the post that they almost gave money to scammer pretending to to be another actor. That person, @houstonstrong30 wrote, “I was almost tricked into giving money not someone pretending to be you but another actor.” Ryan Paevey responded with, “@houstonstrong30 no one you’ve seen on television is going to contact you privately asking for money. Ever. PLEASE do not give strangers on the internet money.”

Their response seemed a bit more hesitant with the word “maybe.” “@ryanpaevey I know and it’s ridiculous because why would someone that works on tv be asking strangers for money charity events maybe.”

Ryan then made a suggestion. “@houstonstrong30 please listen to my message again.”

Later, Ryan’s Unleashing Mr. Darcy costar, Frances Fisher, commented on his post. She wrote, “Love you for this Ryan❤️” His response was alarming. It is alarming because it just indicates how serious this has become for the actor and artist. “@francesfisher it’s wild…there are so many. Blows my mind sometimes. : (”

What Is Ryan Paevey doing now?

Already, Paevey has responded to a tweet about the fabulous book and upcoming movie and the announcement of his costar, Erin Cahill. “I can officially say with authority, having just wrapped day one, that she’s gonna make this thing magical. Lucky folk we are to have her. ; )”

Be sure to check back with TV Shows Ace for the latest Ryan Paevey news.