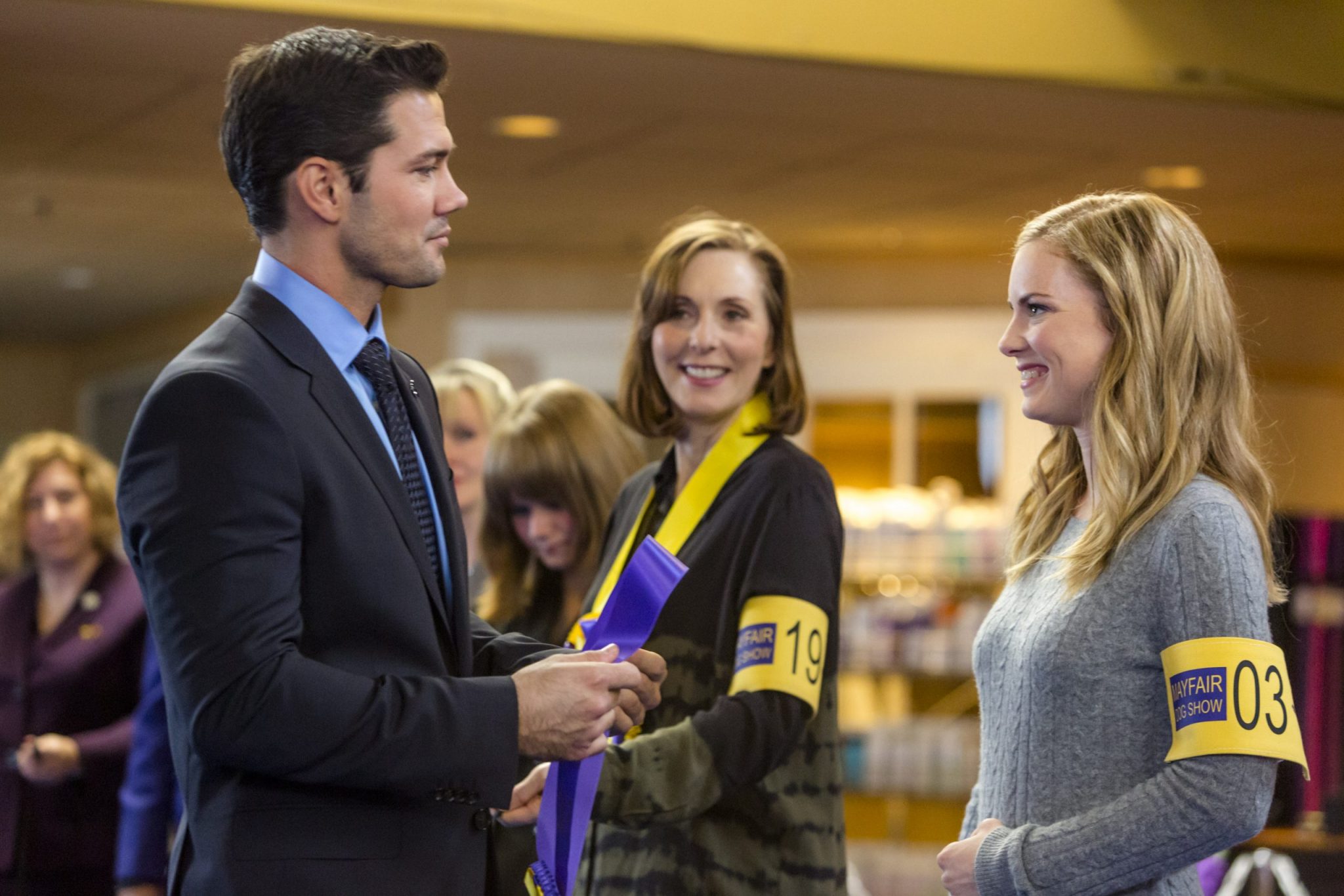 Ryan Paevey fans want to know, when is Hallmark going to make the third Mr. Darcy movie? This would be the Pride and Prejudice-inspired movie that fans want now. The General Hospital alum tells fans to “Keep telling the powers that be that this is what you want.”

Over the weekend, Hallmark hunk Ryan Paevey took over the channel’s Instagram page. As the network is currently playing Christmas in July movies, he spoke about his most recent holiday offering, Christmas At The Plaza. Afterwards, he answered fan questions. It is no surprise that fans want to know about the status of a third Mr. Darcy movie.

When answering the question about a new Mr. Darcy movie, Ryan Paevey did not have news. Instead, he asked fans to do two things. One, to “keep your fingers crossed.”

The second? “Keep telling the powers that be that this is what you want.”

Unleashing Mr. Darcy Is Based On Teri Wilson Book

Teri Wilson wrote Unleashing Mr. Darcy and Hallmark made a movie from her book. The second movie, Marrying Mr. Darcy was based on an idea she had for the story. But, screenwriters Teena Booth, James Iver Matron and B.E. Brauner wrote the script.

Back in 2018, the author was a guest on the Bubbly Sesh podcast. She confirmed that she had written a Christmas book. The working title was Merry Christmas, Mr. Darcy. It has been two years and neither the book nor the third movie have come out. But, fans love the character and they love Ryan Paevey.

Could Hallmark fans push to get more movies?

So who is your favorite Darcy of them all? Back in November, Colin Firth was trending on Twitter. This is because there was a poll of favorite Mr. Darcys. The list is huge. This includes Colin Firth in the classic 1995 BBC Pride and Prejudice production, as well as the modernized P&P, Bridget Jone’s Diary.  Don’t forget the Kiera Knightly version with Matthew Macfadyen’s excellent portrayal, as well as one of the greatest actors of all time, Sir Laurence Olivier in the 1940 version with Greer Garson.

There are even more Darcys to choose from. There is The American’s star Matthew Rhys in Death Comes To Pemberly and Virgin River’s Martin Henderson in the Bollywood Bride and Prejudice, to name just a few more.

But, fans love Ryan Paevey as the lead. One fan, Maria Grazia tweeted:”And you Ryan Paevey are the new found best Mr.Darcy @hallmarkchannel just a little reminder we’re waiting for the sequel to #MarryingMrDarcy pretty please”

Whose Ryan’s favorite? He retweeted her post and had his own say. Paevey admitted that he had to go with Colin Firth. Yet, he was honored to be included in the running.

Hopefully, Hallmark is taking note. Fans have been waiting over two years for a new Mr. Darcy movie!