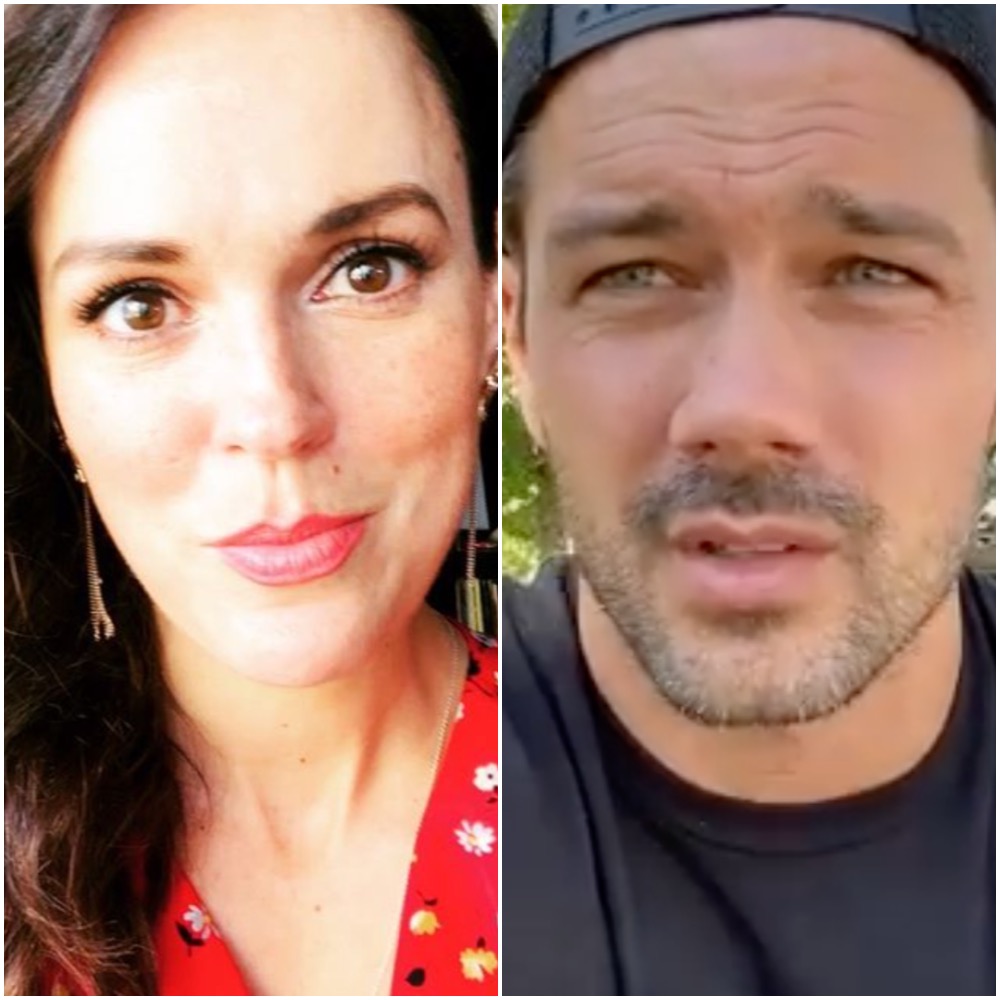 What do we know about this upcoming Countdown To Christmas 2020 movie?

Recently General Hospital alum Ryan Paevey has been sharing beautiful photos and videos on Instagram. He was in Vancouver, doing a 14-day quarantine before filming a Hallmark Christmas movie. The photos were from various natural sites he has visited. But, he remained mum on the name of the movie and his costar.

According to the Ryan Paevey Fan Site Twitter, the Mr. Darcy star is about to film A Timeless Christmas. This is a time-travel, Christmas romance, based on a book, written by Alexis Stanton. The tweet said: “Pretty sure Ryan’s new movie is #ATimelessChristmas, directed by Ron Oliver (who directed #ChristmasAtThePlaza). Shooting is set to start August 17th.”

Ryan Paevey recently was recently featured in the Hallmark Instagram Live page talking about Christmas At The Plaza. He specifically shared how much he enjoyed working with Ron Oliver on this movie. Ryan loves classic tales and historical stories.

On Monday, the fan site tweeted that Erin Cahill would be his costar, and she retweeted her confirmation of this news. Cahill wrote: “Woo hoo” I love being part of the @hallmarkchannel family. Here’s to more Christmas magic! #Hallmarkies”

This is a perfect pair. This will be the first time Erin and Ryan have worked together. What do we know about Hallmark’s A Timeless Christmas?

Whoo hoo! I love being a part of the @hallmarkchannel family. Here's to more Christmas magic! 😘🎅🎄🤶☃️ #Hallmarkies https://t.co/EkBEbSX4YI

What Is Hallmark’s A Timeless Christmas About?

Megan Turner (Cahill) is a history major who loves anything to do with the past. She is currently a tour guide at Whitley Manor. It is a gorgeous mansion, with all sorts of small touches from the past. Megan is obsessed with the original owner of this grand manor. He was Charles Whitley (Paevey). She loves to share his incredible journey to visitors.

Charles is a self-made man. From the turn-of-the-century 1900s, he emerged from a poverty-stricken childhood, to become an inventor and a businessman. Then suddenly, he disappeared. No one knows what ever happened to him.

Then Megan’s work life gets a bit confusing. It looks like they got a new actor to portray Charles. This guy looks exactly like the Charles Whitley from the photos that Megan so loves. But, he insists he is Charles Whitley. Can she believe him?

Charles Whitley was always forward looking. The future was always something he was fascinated with, but he hardly expected to ever go there. But he does! It is when he is repairing a mantle clock, in his newly-built mansion, that he is transported a hundred years, to the twenty-first century.

He has no idea what is going on. Now, Whitley Manor is festooned with bright Christmas decorations. More startling is that there is a bevy of people wandering around his abode. Once Charles learns that he went missing, he is more than ever determined to go back in time and find out what happened.

But there is a glitch: Megan. They have a mutual connection and bond that transcends time. And there are those wonderful and modern Christmas holiday traditions that he never experienced. Then, there is the modern technology. Charles finds modern tech intriguing.

Is there a way to have it all and timeless love?

Countdown To Christmas Starts In October!

Be sure to check back with TV Shows Ace for all the latest Hallmark news.