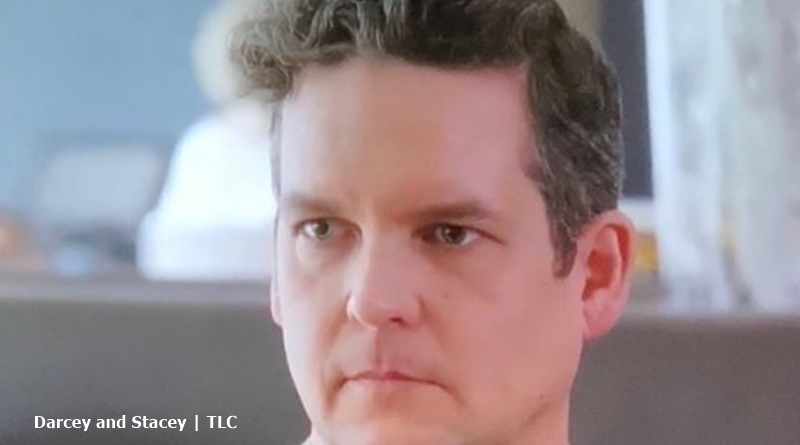 Darcey and Stacey premiered on TLC on August 16. The new spin-off takes a look at the two women with their new men. Plus, it features some of their family members. But, few fans expected Tom Brooks appearing on the show. Plenty of fans commented on that. One of them even said on Twitter, he’s “like herpes…Won’t go away!”

In the new spinoff, the trailer revealed that Darcey once again chose a man from another country. We recalled that Darcey first appeared on the TLC franchise with Jesse Meister. Fans couldn’t stand him and cheered when Darcey split from him. That came on 90 Day Fiance. Last time we saw Darcey, in two consecutive series, she hung with Tom Brooks.

That ended badly and she split again. Now Darcey and Stacey came along, she opened up about her new man Georgi from Bulgaria. It certainly seems they might be a little bit more compatible than Tom and Jesse. Keen to find out more, plenty of fans tuned in on Sunday night. Only to discover that Tom Brooks managed to feature on the Darcey spin-off.

Meaww picked up on the reaction that fans had when they saw Tom Brooks back on TLC. Fans of TLC probably recall that the last time they saw Tom he visited Stacey and Darcey’s place and tried to apologize for his behaviour. Nevertheless, Darcy gave him no time at all. Now he reappeared in the new show once again attempting to apologize.

Tom revealed on Darcey and Stacey, that he met Stacey because he wanted to apologize. Once more, he used the same excuse: He had to come in person as he had no other way of contacting his ex. Fans freaked out and accused him of desperation for more camera time.

Irritated fans commented a lot about Tom. One said, “Of course Tom finds a way to be on the #DarceyAndStacey show

.” Another person noticed though, that Darcey actually expected him. Darcey said, “I had Tom travel internationally to meet with me so I could tell him to stop talking to us.” Actually, the scene didn’t really need that. So, fans think Tom found a way to get on by approaching the producers.

Angrily, a Darcey and Stacey fan even said, “Oh My Gawd! Tom is like herpes….he won’t go away!” Others expressed similar sentiments. This person wrote: “What kind of contract did Tom sign with @TLC? Just when we think we’re done with this fool he pops up!!”

What did you think about Tom Brooks pitching up on Darcey’s spinoff? Sound off in the comments below.