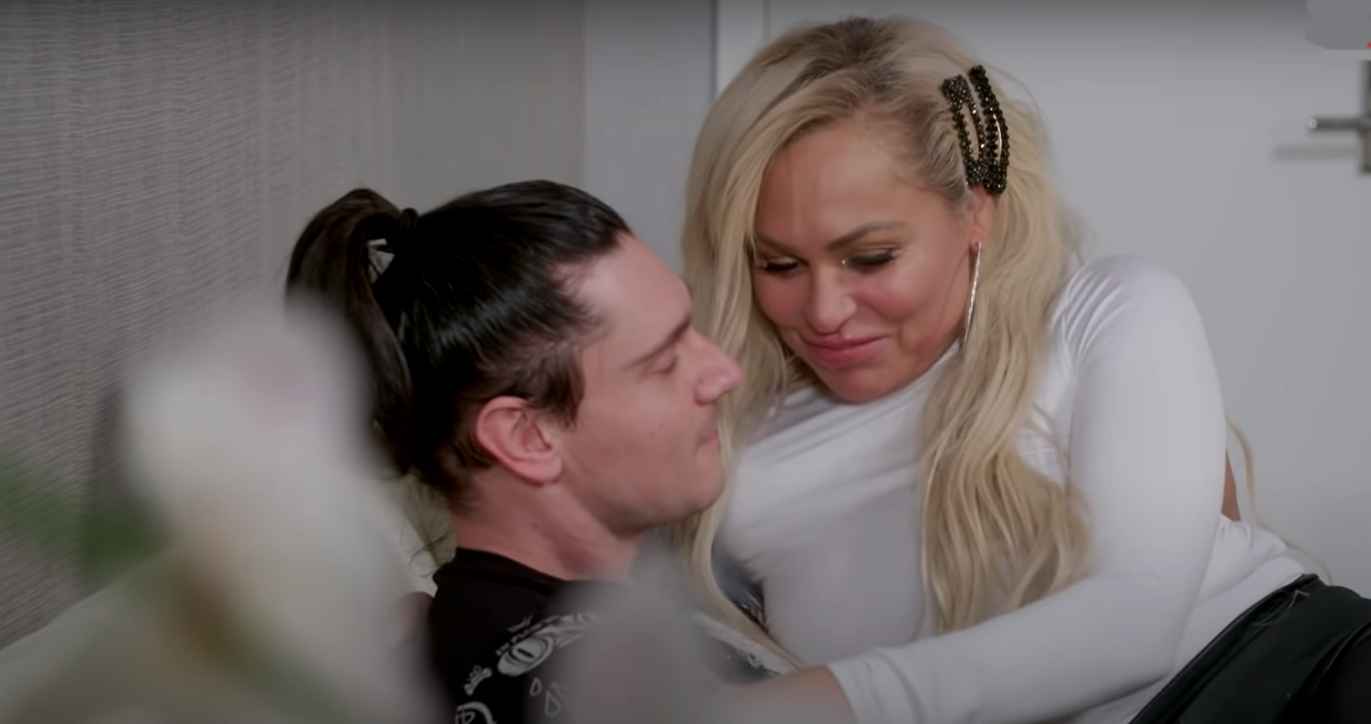 90 Day Fiance star Darcey Silva, 45, has been building the excitement for the twins’ new TLC spinoff, Darcey & Stacey. She particularly wants fans to know that her new Bulgarian hunk, Georgi, is completely different from her two exes,  Jesse Meester and Tom Brooks.

In a recent interview with ET, Darcey opens up about her new boyfriend, Georgi. Along with her sister Stacey, she also discusses their much-anticipated spinoff, Darcey & Stacey, coming to TLC this Sunday.

90 Day Fiance fans know the story of her failed relationships with Jesse Meester and Tom Brooks. Now Darcey wants to introduce them to her new, hot, muscular love, Georgi. She wants to make it clear how much different Georgi is to her two exes.

The trailer below introduces us to Georgi and his incredible muscles from Bulgaria! We hear Darcey saying in the trailer that she is “falling in love again” with another foreign man.

Fans will remember that Jesse hails from Amsterdam, while Tom lives in England. If this is sounding a little like typecasting in love, this couldn’t be further from the truth. Darcey wants fans to know how different Georgi is.

Darcey has moved on from her past

The 90 Day Fiance star says she is “really, really happy” in her life right now. She feels she has really moved on from her past and has taken the time to heal herself inside and out. Darcey says that she is “ready for love again.”

Speaking of Georgi, she says she has an “open heart” and that her Bulgarian hunk is an “amazing guy.”  In fact, according to the TLC reality star, Georgi has a different demeanor to the last two men. She thanks God for that, saying she feels like she gets to honor herself and to say what she wants from a relationship. Darcey says Georgi is very patient with her and is calm and understanding. They also have a lot of fun together, pointing out that he is a hot Bulgarian guy.

The over-the-top beauty says she tends to love big and is a big giver. Now it turns out Georgi is the same. Darcey says fans will get to see a lot of that journey and what their future might hold.

90 Day Fiance star asked who is best of her exes

Darcey is asked in hindsight who she thought was the better boyfriend between Jesse and Tom. The TLC reality beauty said, “Neither.” She stresses that she is completely over both of them.

Probably the best thing she has learned from her past is she now knows what she doesn’t want. Darcey will “cherish the good memories” but will forget the toxic situation she went through. She says she never expected it to happen that way, as she loves and gives big. However, both men are just too hard to handle. Moreover, they made Darcey feel lower than her worth, but she knew she would rise above this in the end.

According to Darcey, she is healed from all that. She has taken the time to work on loving herself before getting involved in another relationship. Darcey has stayed strong for herself and her daughters and won’t look back. She points out that if you want love, you have to love yourself first.

Speaking to her fans, the TLC reality star says they will “get a lot of laughs,” and sometimes cry alongside her and Stacey. There will be many big surprises and a “lot of spiciness” and Darcey says we will fall in love with their family.