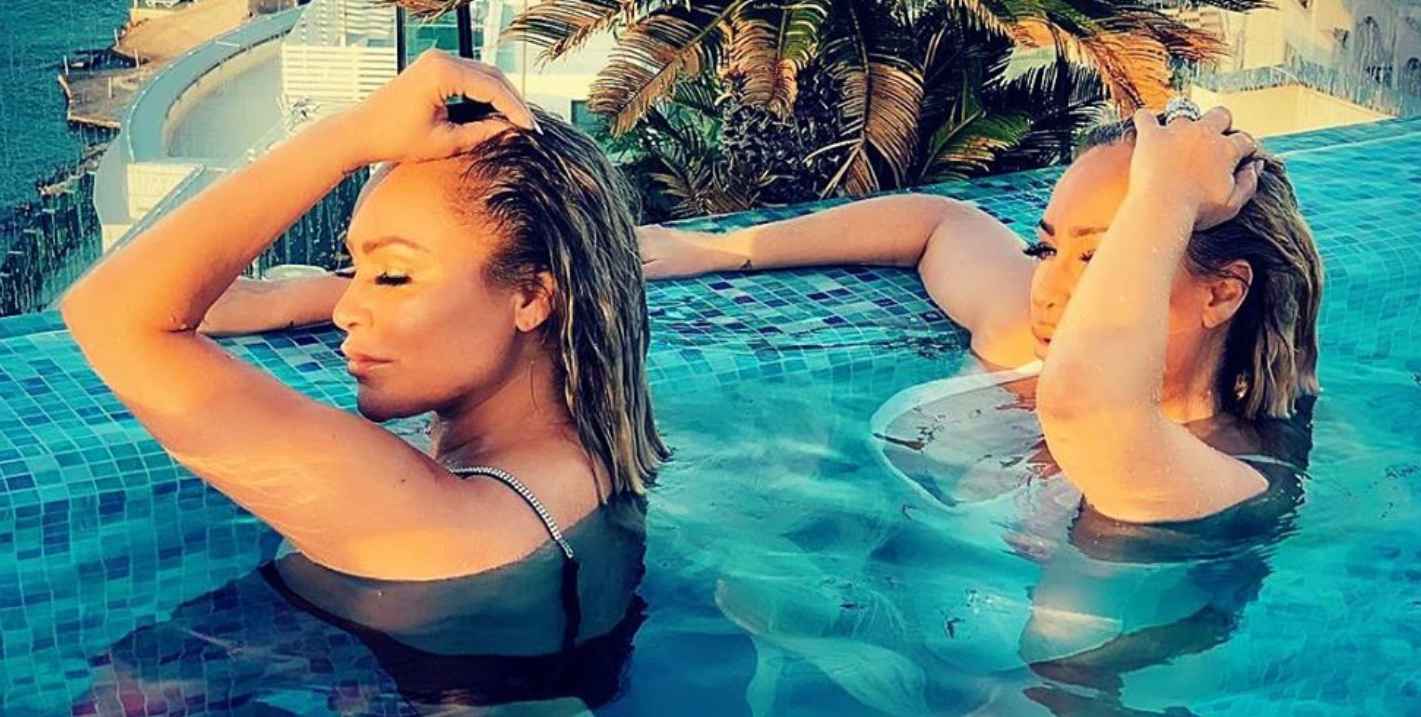 Darcey and Stacey Silva are known for their appearances on 90 Day Fiancé. After all the drama with Tom on the TLC reality show, these glamorous twin sisters are about to have their own spin-off series, Darcey & Stacey. The reality stars have now opened up about their new show and who in their family will be appearing with them.

From 90 Day Fiancé to Darcey & Stacey on TLC

Darcey Silva recently spoke exclusively to EW about their new reality show, which premieres on August 16. The new spin-off will feature the loves and lives of Darcey and Stacey. It will also star some of their family members. Darcey’s daughters, 15-year-old Aniko and 14-year-old Aspen, will feature, as well as their parents, Mike and Nancy. The twins’ parents have reportedly been divorced for several years, but are still good friends. This will be Mike and Nancy’s debut on reality TV.

I love you Aniko & Aspen! Keep shining bright and inspiring! I’m so proud of you both! Keep believing in yourself and dreaming big! ❤️ #darceysilva #anikoandaspen #iloveyou #daughters #tlc #90dayfiance #beforethe90days #silvastrong

In the interview, Darcey tells EW how “super-excited” she is about the new show. She also adds how grateful she is to TLC. The reality star says she has had a “long journey with relationships,” but has finally concluded her “Jessie and Tom stories.” Now Darcey is excited to see what her future holds following her heartbreak in 90 Day Fiancé. She says she is at a stage where she is happy with her life and staying strong for herself and her family. The 90 Day Fiancé star is looking forward to diving deeper into their family life, “past, present and future.”

For Stacey’s part, she can’t wait for their viewers to meet her mom. She says she is a “riot,” and is so cute and has so much love for everyone. She and Darcey call her Nana and Stacey says she has always been helpful to the sisters. Meanwhile, their father, Mike, is “the patriarch of the family,” and someone they have always looked up to. The 90 Day Fiancé star adds how special it is to be able to show off their parents on the new reality show.

Who else will star on Darcey & Stacey?

Florian is the love of Stacey’s life and is her fiancé. Fans will also get to know the Albanian who is living in Connecticut, waiting for their nuptials to happen within 90 days of arrival in the US. Rumors have been doing the rounds that Florian has been unfaithful to Stacey. This is after images of Florian with another woman were leaked online.

Hopefully, the rumors aren’t true, but Stacey says right now, she and Florian are excited to see what the future holds for them. She does confirm his visa has been approved, so there’s a good start.

Darcey speaks up to say she’s known Florian for a while now and is happy for her twin. She says all that matters is that Stacey is happy in the end. The TLC reality star says they both “cheer each other on” and want each other to be happy. Darcey says they also want to be in the right type of relationship.

While there is speculation going on, Darcey says she will always have Stacey’s back. Should she see any “red flags” she will let Stacey know, to protect her. She is always appreciative of how Stacey is honest with her during her last two relationships. Stacey wants to reciprocate that.

Will the 90 Day Fiancé reality star find a new love?

The lovely twin sisters know there are plenty of 90 Day Fiancé spin-offs in the works. However, they say Darcey & Stacey deserves a spot on their fans’ viewership list. EW also confirms Darcey will be meeting a number of eligible bachelors on the reality show’s debut season. Maybe Darcey will be lucky in love this time around. Darcey says she is always going to keep her heart open to love and is excited to be dating again.

90 Day Fiancé fans can catch the premiere episode of Darcey & Stacey on TLC on August 16 at 10 pm.

Chrishell Stause Gushes Over The Bouquets Jason Oppenheim Gifted Her
OH NO!!! One Of Todd Chrisley’s Children Confirms Divorce
‘LPBW’ Tough Jackson Roloff Shows Dad What He Is Made Of
‘Welcome To Plathville Season 3’ Will The Family Make Amends?
Wait, Anna Duggar NOT Jim Bob Forced Josh On The Rebers?!