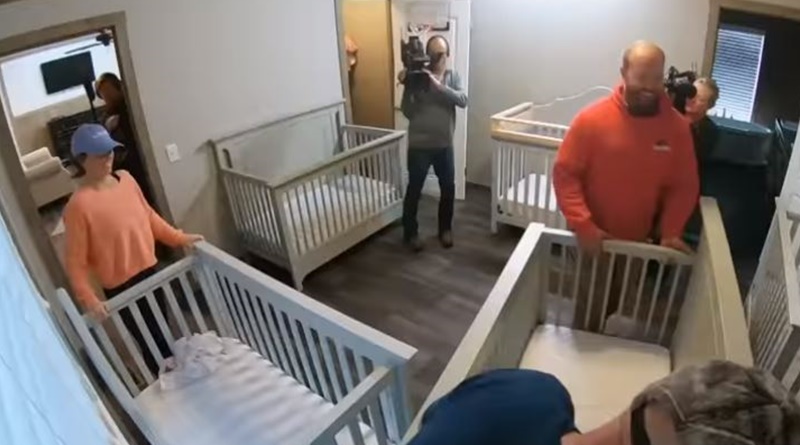 Sweet Home Sextuplets fans heard in July, that TLC promised a return of the show. At the time, the release date wasn’t known. But now, the premiere date came out. And, the main storyline got revealed. And, as we reported, the show continues on from the season that showed them living in the trailer home.

Sweet Home Sextuplets continues with life in the trailer home

Fans who watched the last season know that living in a trailer home didn’t seem as practical as Courtney Waldrop envisioned. Initially, it all looked neat and tidy, with all the cribs lined up. And, they even got in a whole heap of toilets for the toddlers. Courtney really didn’t think things through very well, as she tried toilet training all the babies that same time. Naturally, chaos ensued as half of them didn’t want to all go at the same time. Trying them individually also failed. So, we reported that Courtney gave up in despair.

The new season shows once again that sometimes living in a trailer home’s not ideal. Broadway World revealed that the Sweet Home Sextuplets family faced the threat of tornadoes in Alabama. Naturally, a trailer home packed full of nine kids really doesn’t rank as the safest place in a tornado. As you can already tell, the remodeling still goes on in their home in the new season. Recall, Courtney told Eric she totally thought of everything when she wanted the remodeling done. But, it seems it doesn’t work out so well.

The storyline reveals the kids outgrow their cribs

While the kids presumably still need diapers, apart from tornadoes there’s another problem. The sextuplets outgrow their cribs. Already, the family barely squeezes in the cribs, never mind bigger beds. Apart from that, other not-fun things happen to come along, like the coronavirus quarantines. So, there’s not much chance of escaping the confined spaces of the trailer home, like going off to the park. Already, the family struggled with all 11 of them in the small space. Now, they’re all stuck there and no doubt a lot of chaos comes out again.

Are you excited that the new show comes out so soon? After all, fans only need to wait for a few weeks. Sound off in the comments below.