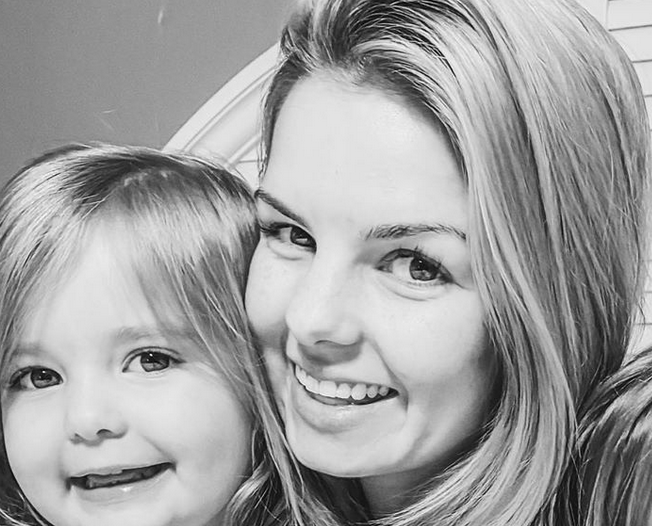 Alyssa and John Webster only recently revealed that they’re expecting. But, Alyssa is already doing her best to keep her fans in the loop. In her latest social media photo, she is cradling her small baby bump. She is wearing a white dress and sandals. She reveals that she’s 13 weeks pregnant now.

In the caption, Alyssa writes, “13 weeks and showing so much sooner this time around 🤰 With my last three I didn’t show until 15-17 weeks. I am also having a lot more cravings with this one.”

Also, Alyssa talks about the baby’s gender. She says, “John thinks that means it’s a boy… I’m still pretty convinced it’s a girl. However, the anticipation is killing me.” Then, she says that they’ll be finding out the baby’s gender in about four weeks. She adds, “I am definitely counting down!”

13 weeks and showing so much sooner this time around 🤰 With my last three I didn’t show until 15-17 weeks. I am also having a lot more cravings with this one. John thinks that means it’s a boy… I’m still pretty convinced it’s a girl. However, the anticipation is killing me 😬 We still have a little over four weeks left until we find out the gender and I am definitely counting down! What’s your vote? 💙💗

When Alyssa revealed her pregnancy to her husband, they each shared what they thought the baby’s gender is. John thought it was a boy then, and Alyssa thought it was a girl. So, they haven’t changed their best guesses yet. Because of Alyssa’s unique cravings, it’s possible that it’s a boy this time.

The reason Alyssa thinks it’s a girl is that they already have three girls. They’ve always had girls, so she wasn’t thinking this pregnancy and baby would be any different. Plus, she argues that they’re already prepared for girls and have a long list of names to use for a baby girl.

John and Alyssa took to social media to reveal their exciting news about a week ago. They shared the news with a cute photo shoot featuring their daughters.

We’re so excited to add one more little one to our family. After having so many health scares last year and wondering if we would be able to have more children God gave us a little surprise blessing. One we are grateful for each and every day! 🤍 We feel so blessed and thankful to be pregnant again. WE CANNOT WAIT TO BE A FAMILY OF SIX!!!!! #BabyWebster4

This news was received with lots of love and support from Bringing Up Bates fans. They all seem very happy for the couple and they’re excited to see more pregnancy updates along the way. Carlin Bates Stewart, Alyssa’s sister, writes, “I’m obsessed 😍 Congratulations!!!! 🎉” Plenty of other similar comments have flooded both John’s and Alyssa’s posts.

So, do you think John Webster and Alyssa Bates are having a boy or a girl? Share your best guesses in the comments.