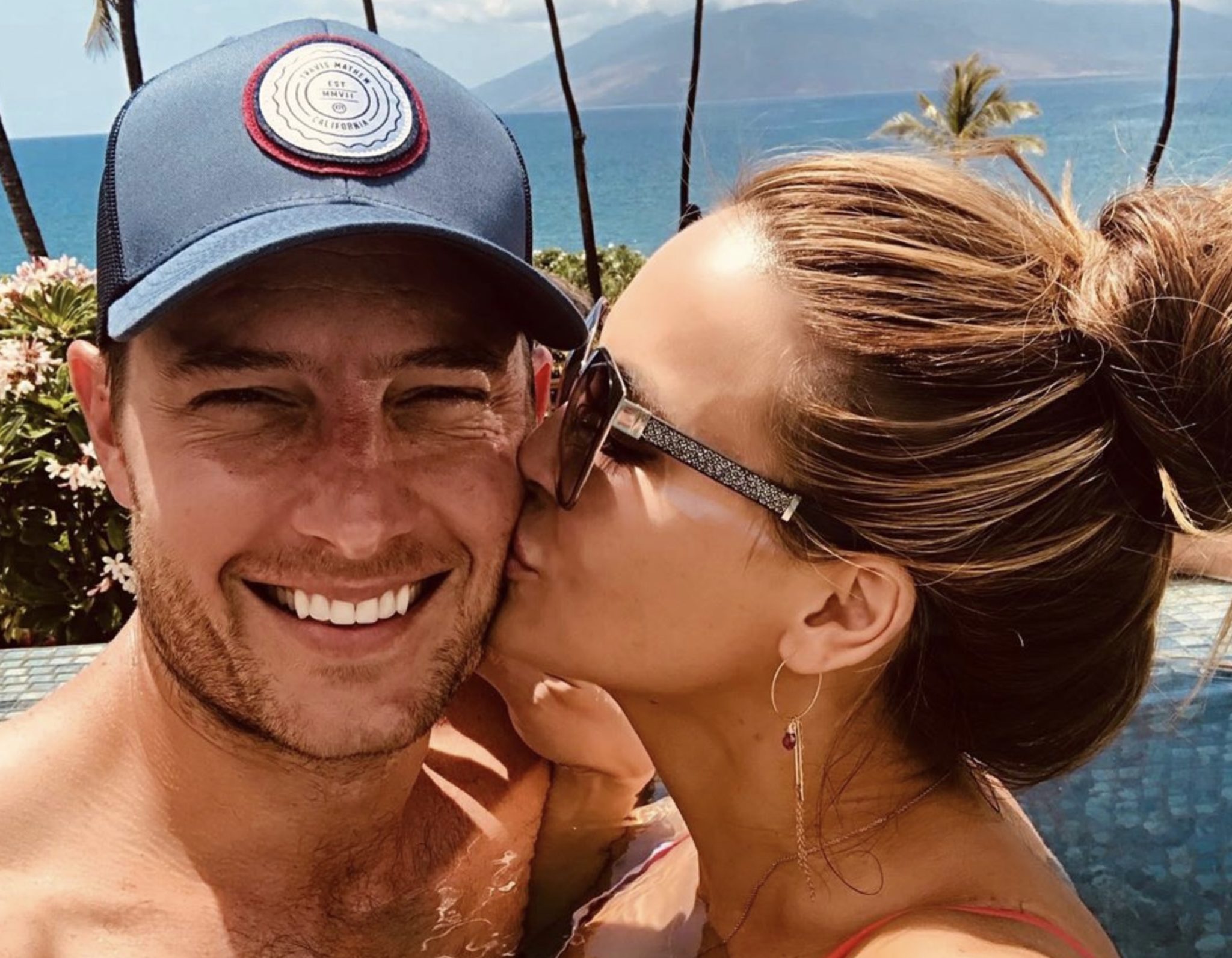 Thanks to Selling Sunset, This Is Us star Justin Hartley is not looking so glamorous these days. That is because the cameras were rolling when he sent a “blindsiding” divorce text to his then-wife, Chrishell Stause. Now, there are reports that the former Y&R star is “irritated” at how publicized his divorce has been since Selling Sunset Season 3 rolled out on Friday.

A Hollywood divorce can be a messy one. But a Hollywood divorce while filming a reality show, well that is like a tornado of truth. All kinds of details come flying into the picture. Justin Hartley is quickly learning that his involvement in filing for divorce from his ex-wife Chrishell Stause has now gone public with the release of Selling Sunset Season 3.

So, when Selling Sunset Season 3 dropped on Friday, everyone wanted to know what exactly happened to break up the golden couple. Immediately, the main focus from the third season has been that Justin Hartley sent Chrishell Stause a text asking for a divorce. Divorce by text!

She first thought it was a joke.

But, 45 minutes later, the whole world knew they were getting divorced.

After over eight months staying silent, Us Magazine says that Justin Hartley is reportedly “irritated” that their divorce is so public, thanks to Selling Sunset. A source close to the situation explained this irritation.

“He’s irritated that she’s airing their private information publicly and knows there is more to the story than is being told. His close friends and family know what really happened, as does Chrishell, so ultimately it’s her choice of what is put out there.”

It seems rather odd that Justin was upset. Surely, he knew they were filming Selling Sunset Season 3. He must have realized that the divorce text would be public. His actions triggered a string of events, surprise and emotion that reality shows thrive on.

The cameras were there as Chrishell Stause moved from their mini-mansion to her more modest apartment. Her Oppenheimer Group coworkers are her friends. There were plenty of opportunities for tissues and emotions. And questions. Chrishell had a lot of questions and told the cameras that everyone wanted to know the truth.

But, according to the recent reports, he has changed. Fame has changed him. A source close to Justin said, “Chrishell knows that’s not what happened, so for her to let people believe that is upsetting to him.”

Justin Hartley has not said anything about his divorce. But, until Selling Sunset, Chrishell has only left some cryptic messages on her social media. But, she has also stayed mum. She has moved on and only wants to be with someone who cares about her. We can safely assume that this someone would not ask for a divorce via text.

Justin Hartley Has Moved On With Sofia Pernas

Justin Hartley has already moved on from Chrishell and is now dating his former Young and the Restless co-star, Sofia Pernas. He required an arm surgery. The Blood & Treasure star was his ride, with benefits.

She gave him a lift to and from the orthopedic clinic. Sofia and Justin kissed. This pretty much solidified their relationship status.

Now, the question is whether Justin Hartley will say anything about his divorce?