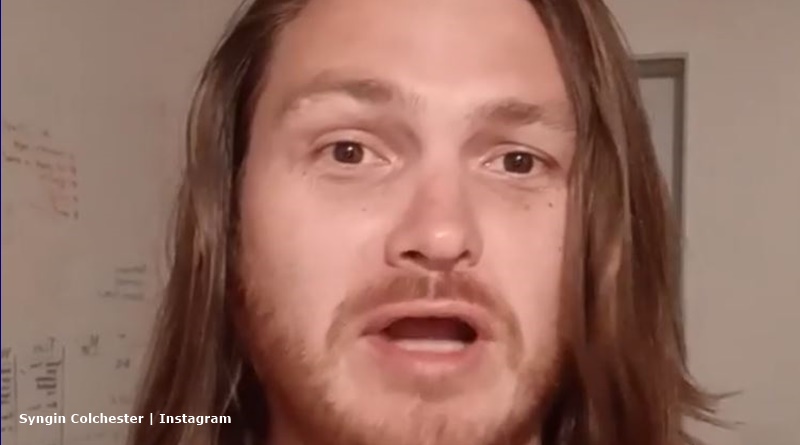 90 Day Fiance fans know that soon after Season 7 ended, Tom Brooks crashed the After Party. News emerged that he possibly recruited Syngin and Tania into his MLM. But it seemingly fizzed out. Then, fans saw that Tania nurses her injured foot. She can’t work so Syngin needs a job urgently. It seems they struggle for money. But now, fans spotted an opportunity and suggested a new business venture.

90 Day Fiance – Syngin Colchester could use some cash

Fans know from the show, that Syngin and Tania traveled to South Africa. Some of them wonder how they afforded that. But, he’s got family there. They’re not broke and it’s very possible they helped finance the trip. Nevertheless, now they seem in dire financial straits. On the show, Tania makes much of her leg injury. Some fans think she makes way too much drama about that as if she suffered a stroke or something. But the bottom line is, she can’t work and he better find a job soon.

We reported that the problem lay with the fact that Tania didn’t want him working in a bar. That came despite fact he worked in one when she met him. And, she also bartended in her life. The 90 Day Fiance star suspected that Syngin might get drunk at work. Finding work’s not easy for him. ET reported that if things don’t work out with Tania, Syngin will return to South Africa. And, let’s face it. He’s already got friends and family connections with safari businesses and more. He could easily land a job there, especially with his TV experience. But for now, he needs to earn money in the USA.

Taking to his Instagram on Thursday, Syngin shared a photo of a handmade necklace. He captioned it with, “Always be your self and love your self but not in a egotistical way ok!!!!” Then he added, “This was the first neckless [sic] I made my self.” He made it when volunteering on an “ecofarm in south Africa.” And, he wears it “almost everyday.” Syngin made it with “banded jasper stone.” Lots of fans immediately said they want one. In fact, many of them seem happy to pay for something like that.

One 90 Day Fiance fan wrote, “I need one of these necklaces 😫 muy Bella.” Another one wrote, “That’s a good business idea. Make them and sell online.” More suggestions came like this: “Not bad necckless [sic] you should start making them and start selling them make some cash.” Of course, he could. And if demand outstripped his personal capacity he could always hook up with some people from South Africa. Many of the poorer people there seem incredibly gifted at this sort of thing.

Always be your self and love your self but not in a egotistical way ok!!!! This was the first neckless I made my self. I was volunteering on a ecofarm in south africa and I have almost had it on everyday since🇿🇦🇿🇦🏞🏞🤙🤙..it's a banded jasper stone #wild #wildlife #wildman #ecofriendly #ecofarming #beyourself #liveandletlive #beyou #sexyginger #mountains #90dayfiance #90dayfianceseason7 #90dayfiancehappilyeverafter #loveyourself #discovery #necklace

How many fans would buy one of his necklaces?

One fan asked Syngin if the stone has some “special meaning.” Well,  many South Africans who leave home take a small stone or rock on a necklace. They carry a piece of their beloved homeland right next to their hearts. Imagine a necklace from Syngin that carries a piece of his home continent on it? Plenty of fans might buy one. After all, between Syngin and Tania, they gathered nearly 275k followers. Even if only half of them bought one, that could make a nice little income for the 90 Day Fiance star.

What do you think about the income suggestion that fans made to Syngin? Would you buy one of his necklaces? Sound off in the comments below.

Jim Bob Duggar Predicts Insane Number Of Grandchildren He Could Have
‘Below Deck Med’: Was Captain Sandy Too Soft On Lexi Wilson?
Hallmark’s ‘Sister Swap’ Christmas Movies Are Williams Sisters Fun
Courtney Waldrop’s SPECIAL Sign From God, Life Has Never Been The Same
Why Kim Kardashian Claims She Is Moving Out Of Her $60M Mansion