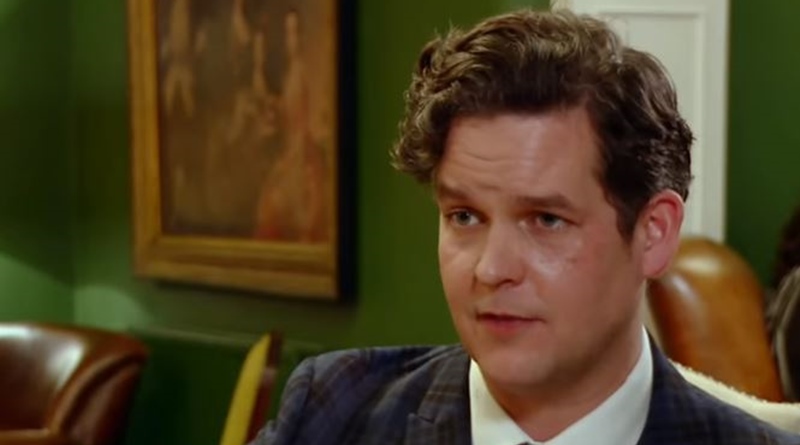 90 Day Fiance fans saw Jesse Meester at the Tell-All on the last season of Before The 90 Days. Ironically, he was backstage while Tom Brooks and Darcey Silva were in an interview with the host. Fans know Jesse also appeared on a previous season with Darcey. Now, it emerged that Tom Brooks seems to have crashed the season 7 Tell-All after-party. He posted up lots of photos, and one showed him giving Syngin a big hug.  Some fans hoped it didn’t mean another impromptu appearance of an alum on a current Tell-All. But, he may not have been there for that. In fact, people wonder if he used the opportunity to recruit for his coffee and cosmetics MLM scheme.

TV Shows Ace reported on the Tell-All where Jesse Meester pitched up. It all ended up in a huge fracas with Angela Deem defending Jesse’s presence there. In the meantime, while that stole the show, it became pretty obvious that Tom and Darcey had come to the end of their road together. And, later, it emerged that Tom Brooks and Jesse bonded, became friends and cried on each other’s shoulders about how nasty Darcey is. Given Tom’s suspected shady efforts to look wealthier than he really is, some fans wondered what was in it for him.

90 Day Fiance star Tom came under fire from fans for being shady back in October. Cheatsheet reported on it. They noted, “The self-proclaimed gentleman has been called out for stealing other peoples’ photos on Instagram, and giving off the illusion that he lives a luxury lifestyle.” They also added the fact that a source said he’s fake and his family even helps support him with “his fakery.” Proven? Not really, but still, it makes people suspicious of his motives. And, some people think he only went to the 90 Day Fiance Season 7 Tell-All to try and increase his alleged wealth.

The Fraudcast podcast suggests Tom brooks recruited for the MLM

On The Fraudcast podcast run by @Fraudedbytlc of Instagram, Tom’s ventures into MLM emerged. Debating what happened over the past week with @cactus_fruit_juice, mention got made of Tom being at the Tell-All after party. Frauded noted the next day Tom had a party in New York and they went along to cover the tea. Then, they said that they arrived at some speculative ideas on why Tom was at that after-party.

They think that the 90 Day Fiance alum went to the season 7 event to “allegedly…try to recruit cast members for his latest venture.” They explained that it’s his “Organo Gold Coffee that he’s trying to peddle.” It’s a multi-level marketing company and also involves skin-care products. And, people earn from not just sales, but from the sales on their downline. It’s often compared to a pyramid scheme and many people got hurt financially in the past. One example of an MLM is the LuLaRoe clothing line that the Sisters Wives stars peddle. But, the MLM scheme varies slightly from an actual pyramid scheme and is not illegal.

Did Tom recruit any cast members for his MLM?

It looks like Tom successfully recruited at least one 90 Day Fiance Season 7 cast member – Syngin Colchester. According to them, Tania and Syngin are still together and might be married. The coffee they sell has a “magic ingredient” from mushrooms, apparently. And, that sort of fits with Tania’s desire to become a witch doctor. But Frauded notes it’s not FDA approved and claims of its healing abilities are not verifiable. So, there could be “health risks” associated with its consumption.

What do you think about the suggestion that Tom Brooks crashed the season 7 Tell-All to recruit cast members into his MLM scheme? And, what about Tania and Syngin taking the bait? Sound off your thoughts in the comments below.