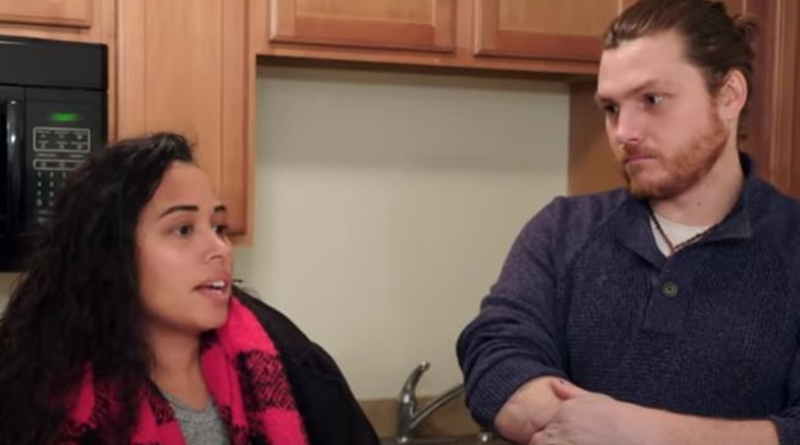 90 Day Fiance Season 7 featured Syngin Colchester and Tania. Fans quickly turned on the hate for Tania. Now they’re back on Happily Ever After? and fans remind her she’s probably still the most hated person on the franchise. Fans reacted badly to the news that they would see more of Tania. She quickly irritated them all over again on Sunday night. In fact, some of them think that living with Tania drives Syngin to drink.

90 Day Fiance: Happily Ever After? Syngin looks for work as a bartender

Fans who felt for Syngin were disappointed that he actually married Tania at the end of their season on TLC. They predicted a miserable life for the South African. Lots of fans liked him a lot but wrote him off when he tied the knot in a strange ceremony involving tattoos.

In Happily Ever After? fans see they moved out of the shed that Tania made him live in when he first arrived from South Africa. With Tania nursing an injury, it’s up to him to go out and earn some money.

Fans of 90 Day Fiance know that Tania met Syngin when he worked as a bartender in Cape Town, South Africa. Now, he looks for work to support them. But, as he really knows bartending the best, he decides a job in the industry suits him. But, Tania won’t have it.

Acting as if she never took anything alcoholic, she claimed her concerns he might drink alcohol. Well, fans recall her drinking and partying when she supposedly studied some sort of witchery in Costa Rica.

When Tania started recalling that in South Africa, Syngin drank during the day and at work, fans seemed a bit puzzled. After all, she knew he drank at work. She met him in a bar. So, if she’s that worried now, why on earth did she marry him?

Syngin noted that in his country, it’s fine for a bartender to take a drink with the customers. But obviously, things are different in the USA. He intends to play by the rules. Clearly, she doesn’t trust him.

In South Africa, they have quite a liberal attitude to alcohol. In fact, Business Tech noted, “the World Health Organisation” revealed statistics that show “South African consumers of alcohol are some of the heaviest drinkers globally.” The legal age for drinking is 18-years-old although there’s a push to make it 21.

Outside of the coronavirus regulations, it’s not unusual for bars to open late morning. In the past, a beer around 11 a.m wasn’t unusual. So, admittedly Syngin grew up in a country where alcohol consumption’s commonly accepted. But in the 90 Day Fiance show, he says he understands he can’t do that in the USA.

Over on Twitter, fans responded to Tania and Syngin. Some of the comments got directed at Tania asserting Syngin will likely start drinking again. One critic wrote, “Could Syngin be drinking more because he spends so much time with Tania…because I feel like I understand that.” Another critic noted, “Being married to Tania would drive anyone to drink!”

tbh if i was unfortunately married to tania i would start drinking at dawn #90DayFianceHappilyEverAfter #90DayFiance pic.twitter.com/6aaFQQv0un

Drinking alcohol to excess, and tippling in the mornings isn’t acceptable in the USA. Syngin knows that, but it seems Tania won’t trust him to prove that to her. It seems interesting that these days Tania hates the idea of an alcohol-based job bringing in the moolah. After all, in November last year, the 90 Day Fiance star posted about her own bartending job.

What do you think about Tania not able to work, but also not wanting Syngin to work as a bartender? After all, she did exactly the same thing. Sound off in the comments below.

‘SW’: Something Unfortunate Happened To Maddie Brush’s New Home
Jinger Vuolo’s New Post Has Fans Worried About Her Kids: ‘Are They Ok?’
’90 Day Fiance’ Spoilers: Are Syngin And Tania Still Together?
Savannah Chrisley & Nic Kerdiles CONFIRM They Are Living Together?!
Joy Forsyth Leads Her Children Down A Forbidden Path