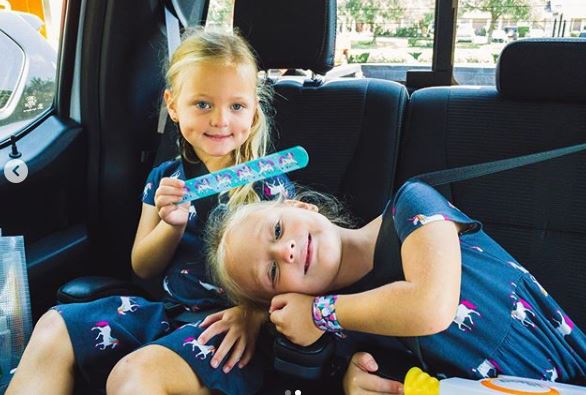 Fans love watching the quints from Outdaughtered grow up. It turns out that Adam Busby took the twins to their own dentist appointment this week. It was then shared about how close they are to each other. He also shared pictures of their appointment. It is probably a lot easier to just take a couple of the girls at a time instead of all of them.

The Outdaughtered twins and their bond

Within the Busby quints, there is also a set of twins. Olivia and Ava are twins and look alike. They do have a bit of different personalities of course. A post was made on Adam and Danielle Busby’s joint Instagram that shared how close these two girls are with each other. It is great to see that they have each other to lean on.

Along with the post, was a caption showing how close these girls are to each other. Here is what it said about them.

“Daddy took the twins for their dental checkups today. I love their bond. See in the first picture as Olivia stands beside Ava and Ava stares straight into her eyes. They are each other’s safety and it’s so adorable. #itsabuzzworld #outdaughtered.”

Adam Busby of Outdaughtered shared that he took the twins to their dentist appointment and that they “rocked it.” You can see the pictures he shared below. It looks like the girls were ready for their appointment and happily did it. No mention of any issues either, so hopefully it was a happy outcome.

No updates yet on how the other girls did at the dentist or if they went along as well.

There is already talk that Season 8 of Outdaughtered is in the works. They have been working on it already according to posts that have shown up on social media. The camera crew is back regardless of COVID-19.

The last episode that aired of Outdaughtered was one that was done with their own cameras. The crew had to leave before they could finish up filming. Now with masks and precautions, it appears that they have found a way to make it work and film more. TLC fans really love seeing the Busby quints and what they are up to.

Don’t miss new episodes of Outdaughtered when it starts airing again on TLC. As of right now, they have shared that it will be back, but not when.