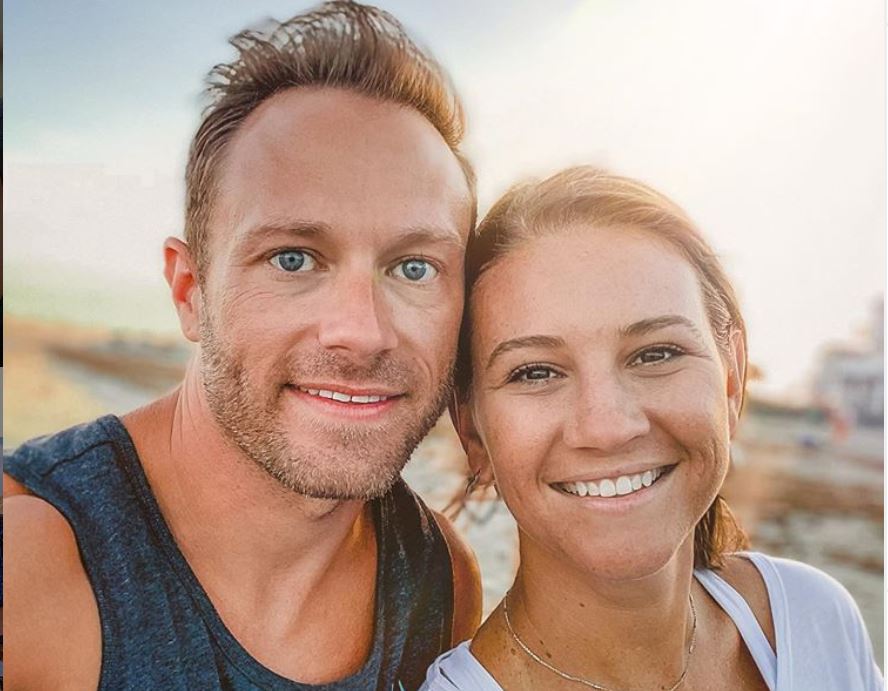 Notably, one of America’s favorite large families, the Busby’s of TLC’s Outdaughtered, has dropped some more hints that Season 8 is definitely in the works.

Earlier this summer, Adam Busby drops hints for Season 8 of OutDaughtered, or so fans thought. The speculation arose when Adam shares a photo of Lulu in front of construction debris and a pretty substantial camera. In the comments, fans ask if it is footage for OutDaughtered or It’s a Buzz World? Both are very viable options as Adam films much of his own footage for his YouTube channel.  However, Adam doesn’t answer the question. He captions the photo, “So cool to see them able to tell their story now.”

At the time, filming for the TLC series ended abruptly due to COVID-19. During Season 7, the Busbys were getting everything squared away for home renovations. It is during this time that all the traveling began.

It’s easy to see how some things may slip out with all the hustle and bustle of a home renovation. However, the Busbys are juggling a home renovation and traveling with six daughters. Most recently, the Busbys all pile into an RV for a trip to Canyon Lake, Texas reports Intouch Weekly. The Busbys do a great job of chronicling their adventures on social media.

More solid confirmation of a Season 8 of OutDaughtered

Ultimately, throughout their adventures, both Adam and Danielle let photos of the production crew slip into their Instagram. While the Busbys always seem to have a great time wherever they go, fans didn’t expect to see dancing producers on Adam and Danielle’s Instagrams. All in good fun, even Danielle’s mom, Mimi, is getting in on the dances. One of the newest videos to make Instagram showcases the girls and the OutDaughtered producer. Undoubtedly, there’s probably a few producer photobombs for the web sleuths to find.

Excitingly for OutDaughtered fans, it is probably safe to say that their favorite large family is coming back to TLC for Season 8. Sadly, Texas is still dealing pretty heavily with COVID-19. However, Adam and Danielle Busby showcase again and again that they are great parents. With that in mind, fans can rest assured that they wouldn’t take any unnecessary risks when it comes to their family. Additionally, fans should breathe a sigh of relief to see the producer and video crews wearing masks and keeping their distance from the family.

In controversial news related to COVID-19 in Texas, Adam Busby recently shares his thoughts on COVID-19. Most of the media hype seems to stem from a buff selfie of the OutDaughtered dad in the gym. Concerned fans wondered if it is safe for Adam to be at the gym. Quick to respond, he says, “I’m not going to hide in fear from a virus that is less fatal than the seasonal flu…” He goes on to explain how he couples common sense with taking precautions to remain safe amidst the global pandemic.

Haven’t broke out the Jordan 11’s in a while. I can’t be the only one that gets a little extra motivation at the gym depending on my sneaker choice. Mental. oh yea, and i think i found my new favorite workout shirt! #byltbasics #byltbasics #kotd

While TLC hasn’t announced an official release date for Season 8 of OutDaughtered, there is much speculation that it will be sometime in 2021. In the meantime, fans can get their dose of the Busby quints by following Adam and Danielle Busby on social media. Stay tuned to TV Shows Ace for this and other reality television news.

‘The Bachelorette’ Spoilers: Reality Steve Revealed ALL Of Katie Thurston’s Final Four Men
‘Outer Banks’ Season 2: When Is It Coming To Netflix?
Are Joe & Kendra Duggar At Odds With Jim Bob Because of Josh?
Lindsie Chrisley Talks Daily Reminders Amid Her Recent Travels
Jenna Cooper From ‘BIP’ Says Yes To A Gorgeous Ring