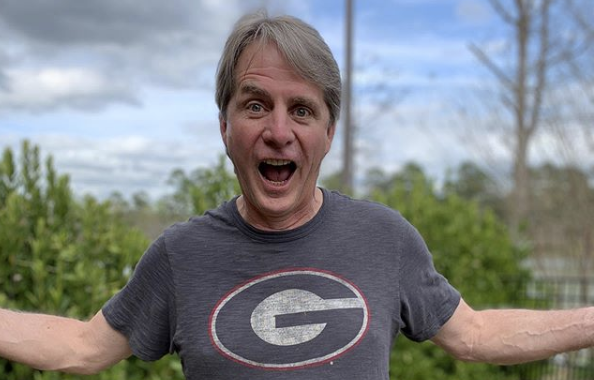 Jeff Foxworthy shaved his mustache this year. If you did a double-take, that’s okay. So did we.

The 61-year-old comedian apparently shaved it at the beginning of quarantine because of his work schedule. He wasn’t performing due to safety concerns so he decided to temporarily go for a new look. Kelly Clarkson had Foxworthy as a guest on her show this week where they discussed the experience.

Jeff Foxworthy Has Had a Mustache For Decades

“I started growing it in the summer between the 11th and the 12th grade, and so I’ve been with my wife for 36 years, and she had never seen me without it because I never had a break where I wasn’t doing either a concert or a TV show, and then when they started canceling shows, I thought, ‘Alright, I got time to shave it off,’ and I didn’t even say anything,” said Foxworthy.

“I just went in the bathroom and shaved it off, and I walked out, and she looked at me and said, ‘Oh, wow. Grow it back.’” Fans weren’t impressed either. Foxworthy continued, “I posted it on Instagram, and there were some people that were like, ‘Oh, wow, you look younger.’ But, Kelly, I swear 80% of them were like, ‘No, no, no! You are supposed to have a mustache. Grow it back.’”

Kelly agreed with everyone else. She said people like Tom Selleck and Jeff Foxworthy should just have a mustache.

What do you think of Foxworthy’s mustache-less look? Do you like the change or do you agree with everyone else? Personally, we kind of like his iconic facial hair. If you have a different opinion, that’s all right. Let us know what you think in the comments.

If you’ve missed the comedian during quarantine, we have some good news. What’s It Worth? airs tonight on A&E at 9 PM eastern time. In the show, Jeff Foxworthy travels across America looking for hidden treasures everyday people have in their homes. It kind of makes you wonder what unknown valuables you have sitting around your own house.

“From the comfort of their homes, Foxworthy and a team of experts examine a variety of heirlooms, trinkets and treasures to help people determine if they are sitting on a gold mine, or if they are just holding on to items for the sentimental value. With people across the nation spending more time inside their homes than ever, this half hour series follows Jeff as he scours the country in search of truly unique possessions and collectibles with shocking values—without ever leaving his Georgia man cave,” says A&E.

If you want to get on Jeff’s new show, you can read this article here to find out more.

This sounds really exciting! If you tune in, be sure to let us know what you think. As always, check back with TV Shows Ace for the latest television and entertainment news.