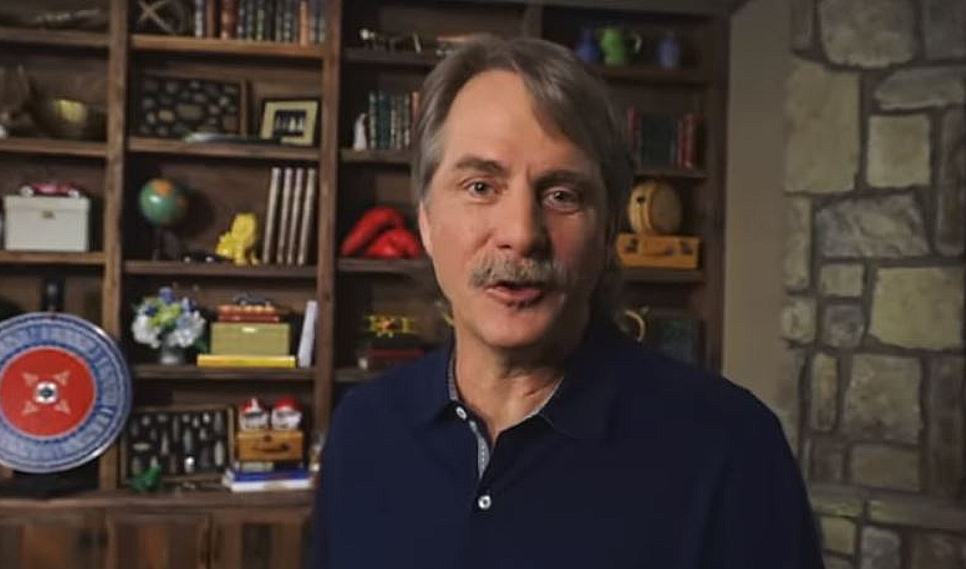 In the newly announced A&E series, What’s It Worth?, comedian and collector Jeff Foxworthy remotely travels the USA in search of hidden treasures lurking in your home.

Everyone has an inherited collectible, or an old piece that they aren’t quite sure about. Now Foxworthy will find out—with the help of experts—to determine if you may have a true treasure.

In a 30-minute format, Jeff goes in search of hidden treasures and unusual objects owned by everyday people with hopes to maybe find a truly valuable asset.

The new series debuts ahead of the previously announced two-hour live series, What’s It Worth? Live which will launch this Fall, 2020.

A&E says: “From the comfort of their homes, Foxworthy and a team of experts examine a variety of heirlooms, trinkets and treasures to help people determine if they are sitting on a gold mine, or if they are just holding on to items for the sentimental value.”

They add: “With people across the nation spending more time inside their homes than ever, this half hour series follows Jeff as he scours the country in search of truly unique possessions and collectibles with shocking values—without ever leaving his Georgia man cave.”

Also today, A&E announced not just Foxworthy’s new series, but another as part of its Summer 2020 lineup.

Joining What’s It Worth? is new series Extreme Unboxing. The series shows a group of entrepreneurs as they buy large boxes of discounted merchandise for pennies on the dollar, sight unseen.

What’s in those boxes? Who knows, as viewers at home will watch as each team bets big and reveals the contents of the boxes which could be a financial windfall or a total bust.

“A&E has been always been a leader in the transactional programming space and we are excited to bring viewers along on a hunt for hidden treasures in these two new series. The ongoing partnership with Jeff Foxworthy, a one of a kind collector, in both ‘What’s It Worth?’ and ‘What’s It Worth? Live’ allows us to expand on the traditional genre with a modern and digital twist. Additionally, giving viewers a look into the fascinating world of pallet flipping, ‘Extreme Unboxing’ showcases the savviness of these entrepreneurs in a never before seen way.”

In 2014, he was inducted into the Georgia Music Hall of Fame.

His specialty is in his patented redneck jokes, his humor centered in everyday family interactions and human nature.

Of late, Jeff was one of the judges on the NBC comedy competition show “Bring The Funny,” which premiered July 9, 2019, and was one of the summer’s hit shows.

He has his own comedy channel Jeff and Larry’s Comedy Roundup on SIRIUSXM, and a comedy special We’ve Been Thinking which is currently available on Netflix. If you want to get on this show, you can click here to find out more.

Fans can follow the conversation on social with @aetv using #WhatsItWorthAE**

“What’s It Worth?” premieres with two back-to-back episodes on Tuesday, August 4 at 9pm ET/PT on A&E.