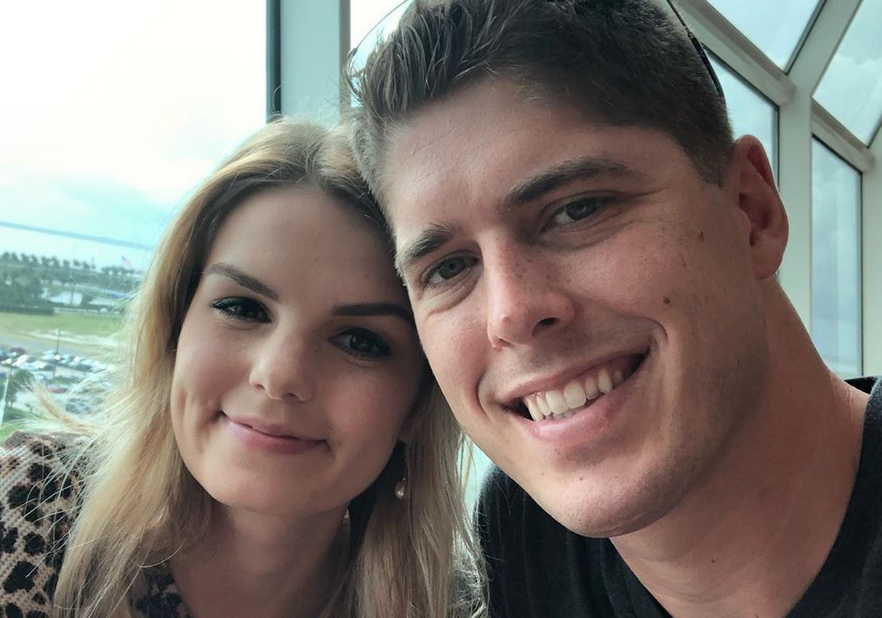 John Webster and Alyssa Bates of Bringing Up Bates recently took to YouTube to show off their home. The couple starts outside and takes their 39,000 YouTube subscribers on a tour of their house. They currently live in Clermont, Florida.

Before the tour begins, Alyssa and John reveal that they have been working on the house. Alyssa says, “We’ve redone like every room in the house.”

Then, Alyssa adds that their most recent house project is the kids’ schoolroom. They were able to finish redoing it prior to filming the home tour. The mom of three is excited to show it off. She says it’s ready just in time for school to pick back up again.

BIG NEWS!!!!! We finally are starting YouTube back! Alyssa’s health is finally on the mend so we are BACK! Leave us some comments on what you would like see! #YouTube #JohnAndAlyssaWebster

First, John gives viewers a look at the outside. Alyssa says that they need mulch and the house needs to be repainted. And she adds that the inside looks better than the outside because they’ve been focusing on the inside.

The Bringing Up Bates daughter isn’t afraid to share the messier parts of their home. She shows the camera the girls’ closet as well as the linen closet.

Alyssa proudly gives fans a tour of the schoolroom too. They still need to hang some things and get chairs, but it’s almost done.

She quickly shows viewers the master bedroom, closet, and bathroom. They are planning on repainting the bathroom and replacing a few things. Alyssa says it’s their next project.

Finally, John and Alyssa show viewers the backyard. They have a couple of gardens. One is for fruits and vegetables. The second garden is still in the works, but they plan on planting wildflowers and sunflowers.

While the parents worked on filming the home tour, their three young daughters were playing with magnets on the dishwasher. They are happily playing. Their eldest daughter, Allie, is five years old. Lexi is three years old, and Zoey is two years old. In the video, Alyssa tells viewers to “ignore the children,” as they play loudly. She calls it “chaos” and says that the girls are “crazy.”

So, what do you think of John and Alyssa’s home? Share your thoughts in the comments below.

For the latest news on the Bringing Up Bates family, check back with TV Shows Ace.