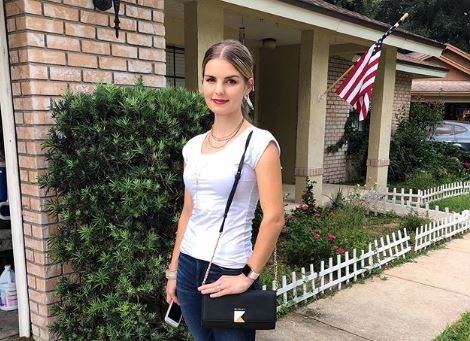 Bringing Up Bates star Alyssa Webster is dealing with a lot right now. The reality star actually just had her second heart surgery. People shared the details of what is going on with her. Gil and Kelly Bates are asking for prayers for their daughter.

It turns out that Alyssa Webster has supraventricular tachycardia. This makes her heart randomly beat faster for no reason. Not long ago, she went to her Instagram and revealed the heart issues to fans. She has been very open about what is going on with her. Back in April, she had her first surgery. Today she underwent her second one.

She thought it would only be one surgery, but the issue returned. Because of that, Alyssa had to have a second surgery today. Hopefully, she doesn’t have to do it again after this time. Luckily for fans, she keeps them updated on how she is doing on social networks.

When you love what you have. You have everything you need. 😍😘 Blessed, lucky, fortunate whatever you call it… I am that and so much more!

Gil and Kelly Bates were asking for prayers for their daughter. They shared the details in a post today.

“We greatly appreciate your prayers for Alyssa today as they do another procedure to try to fix her heart. She’s so organized that she already had the kids packed and ready, the house cleaned, and was at the hospital by 5:30 am! What a trooper!

A huge ‘Thank you’ to church friends, the Webster family, and so many others who have helped out, prayed, sent meals and cards, watched the kids, etc.I’m amazed at all the love, as we were just sitting here waiting to go back and reminiscing about her last procedure. And of course, John has been such a godly example and such a loving husband! I’m just counting the blessings as God has already been so good, but continuing to ask for His grace and protection!”

Don’t miss new episodes of Bringing Up Bates when they air on UPtv.