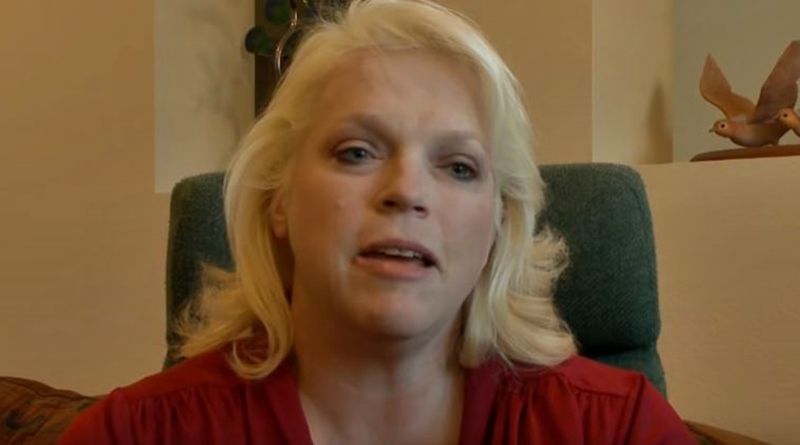 Sister Wives fans know that Christine Brown followed Meri Brown into LuLaRoe as a way to earn money outside of the TLC show. Now, it seems that Janelle chose an alternative way to make money with a side hustle. On July 15, she shared about it with her social media followers.

Off-season the wives of Kody Brown seldom talk about the show. More and more these days, they talk about their side hustles. In fact, we reported that in Christine’s case, she told her LuLaRoe buyers she needs to raise money for “someone’s” surgery. Notably, Kody Brown seems in a bad financial state, and fans assume the wives earn most of the money. Christine followed Meri Brown into LuLaRoe MLM, probably because Meri reportedly does so very well off it.

Sometimes, fans of the TV show slam them because they constantly promo that side hustle. Most Sister Wives fans didn’t follow them for constant advertising. In November last year. we reported that people got fed up and “shaded” Meri for a recruiting drive she did for LuLaRoe. So, hopefully, with her new side hustle, Janelle won’t focus totally on doing promos for the Joyful Belly School of Ayurveda. The Sun US reported that Janelle studied with them to become a counselor.

The Joyful Belly and Janelle Brown

If you never heard of The Joyful Belly School of Ayurveda, they run a website. There, they promise “yummy Ayurvedic recipes and food alongside…academic wellness counselor courses for practitioners” On July 15, Janelle put up a promo on Instagram with a long description. In part, she explained, “I just finished my first year in the Joyful Belly School of Ayurveda!” She then offered fans a “$999 scholarship to their Ayurveda certification programs!”

Correctly tagging the post as a sponsored post, it looks like she plans on earning from her Sister Wives fans off it. Apparently, Janelle runs a “health coaching business.” She says most of them, like her, “put their self-care on hold while taking care of family or building careers and businesses.” Janelle claims that the Joyful Belly’s about more than just recipes and diets. And, they helped her “understand” that. She believes it’s a” dynamic way of approaching your health by tuning into your own body.”

Fans of Sister Wives react to the promo by Janelle

So far, Janelle didn’t flog the new foodie thing to death, and some fans sound interested in it. After all, many fans got sick to death of BoomBod promos. One follower wrote, “I’m happy for you!! This kind of light and healthy lifestyle is very interesting !! Congratulations on this initiative !! Cheering for your success!🌷💖🥰.” Other congrats came in. One of her other followers noted, “Good for u Jenelle👏 That’s what life is about….learning new things and trying to better yourself & others.”

I just finished my first year in the Joyful Belly School of Ayurveda! To celebrate I am giving my fans a $999 scholarship to their Ayurveda certification programs!  See the link in my bio. #sponsoredpost  In my health coaching business, I work with many women who are like me.  Women have often put their self-care on hold while taking care of family or building careers and businesses.  They often have tried every diet and still find themselves not satisfied with their bodies or health.  I had always been drawn to Ayurveda but honestly, when I looked into it, it seemed it was all about categories and lists, and the lists of foods that I thought were "what I could eat" did not really work for me in real life. The Joyful Belly School of Ayurveda helped me understand that Ayurveda is so much more than that.  It's a dynamic way of approaching your health by tuning into your own body. I am very happy I started working towards completing my basic Ayurveda Health Counselor certification.  I feel it has helped me immensely personally and has provided me with a lot of resources for my clients.#joyfulbellyschoolofayurvedaaffiliate n body.

But, some people think it all sounds rather religious and Hindu. A few Christians sound wary of that. However, the owner chipped in saying, “Ayurveda itself is not Hindu or a religion but was brought to the United States by a small group of religiously Hindu individuals.”

What do you think of the Sister Wives star Janelle Brown and her new side hustle? Sound off in the comments below.

‘The Witcher’ Fans Want Netflix To Replace Henry Cavill GF Drama
Todd Chrisley Gone Too Far? Fan Asks Who Died & Made Him Righteous
Jenelle Evans Denies Lip Fillers, Blames It On A Filter: See Photos
Todd Chrisley Talks About People Who Stab Him In The Back
‘Below Deck Sailing Yacht’: Dani Sets The Paternity Rumors Straight