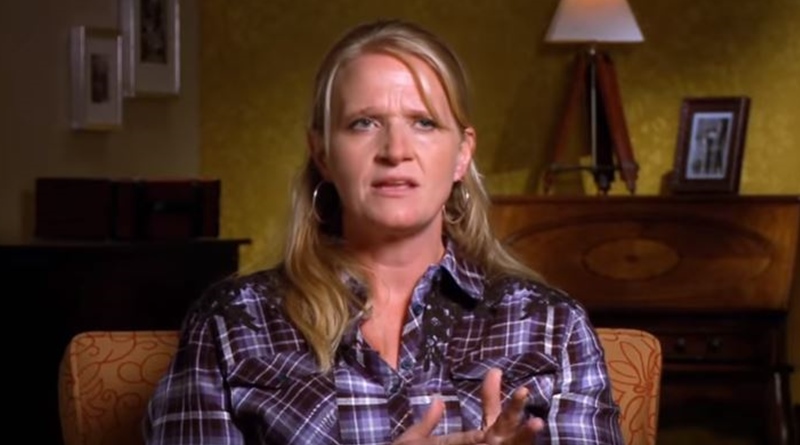 Sister Wives star Christine Brown took to her LuLaRoe Facebook group and talked about needing to find $50, 000 for surgery. Apparently, that’s the downpayment she needs with insurance. That sounds like a lot of money. She couldn’t name names, but if you think about it, there’s a possibility that Ysabel needs back surgery.

Fans of the TLC show know that Ysabel suffers from scoliosis. So, many fans think the money that Christine seeks could be for her. Recall, in previous seasons, fans saw Ysabel going to see a doctor. The doctor suggested back surgery. But, the family rejected the idea as they felt concerned about the longterm effects. We reminded readers that she got “all strapped into a harness in an effort to help her scoliosis. Nearly in tears, Ysabel struggled with her daily mission and straps but they hoped to stop the curvature of her spine without surgery.”

Christine hinted very strongly that a new season comes for Sister Wives. While she couldn’t say more about it because of her NDA, her daughter Ysabel spoke about it on her Instagram. The Sun UK noted that when asked about her back surgery, Ysabel said she didn’t have it. Pressed, Ysabel said fans should watch the show. Well, that pretty much confirmed that the next season revisits Ysabel’s scoliosis. Now, Katie Joy of Without A Crystal Ball theorizes that Christine needs money to pay for surgery.

Christine says she scrambles to sell LuLaroe because she needs $50,000 for surgery

Katie Joy screenshot the video by Christine where she talks about needing so much money. While talking, Christine again said she couldn’t say who they need the surgery for. But, as Katie noted, Mykleti’s off and married. Plus, her daughter Aspyn’s also left town and last fans saw she seemed just fine. Then, fans know it’s not Truely as Christine mentioned that. But, she hinted that the show previously covered this person who needs surgery. As Gwendlyn seems okay, the obvious conclusion is that Ysabel finally goes for back surgery.

Going for a sales push, Christine told her fans on Facebook that they help her “get something done” when they buy from her. So, in a way, she inferred that if you want to help the Brown family find the money for surgery, you should buy more products. The Sister Wives mom again said she can’t go into any details and that people must draw their own conclusions. She said she needs it “urgently,” noting the “crazy” costs even with insurance.

In the comments, fans seemed less than sympathetic. Firstly, they wonder about how the family affords very expensive homes. Plus, they own all that land out on Coyote Pass. Naturally, they think that their money management seems way off. And, one said, “I am a case manager and look at the income and the houses they own. Help is [for] people who work full time and have minimal income. Not those that buy houses like theirs and property. Sell property to pay for surgery.”

Other Sister Wives fans slammed Kody for thinking he’s clever but continually gets the family into financial trouble. Others just grew angry that Christine seems to ask for money through her side-hustle. Irate, this realistic fan wrote: “Shame on her to ask us for money. Seriously. She should be ashamed. The largest percentage of us don’t have enough money in this time of the US to support ourselves. My husband died when I was still fairly young. I am still a widow. I retired at age 67 after a horrible injury that left me unable to walk for 4 months. Is she going to send me money!?”

Another fan noted, “They knew Ysabel was going to need surgery. Yes, they are grifters. Yes, Kody thinks he’s the smartest guy in the room & he’s the dumbest. She said, “down payment” – the $50K was just a down payment. There is something wrong there.”

Plenty of other people agreed that the Sister Wives family owns a lot of property in Flagstaff. I fact, the value is well over a million dollars. And, Coyote Pass sits undeveloped. They wonder why they don’t sell off some of that area.

Do you agree that something sounds off with that large downpayment? What do you think of Christine virtually asking for money for the surgery? Sound off in the comments below.