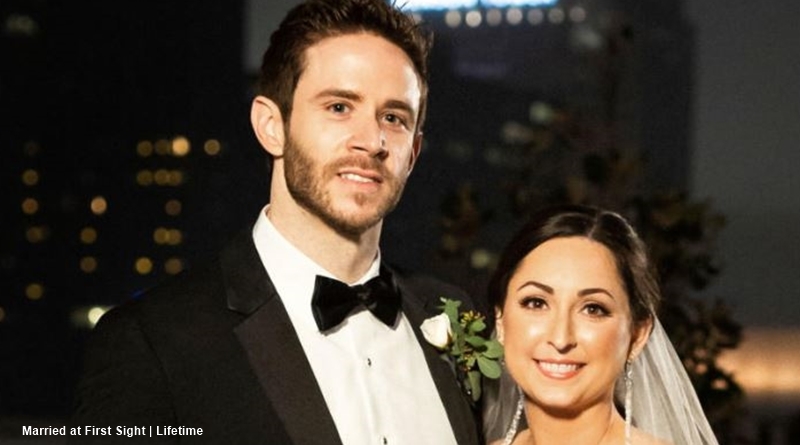 Married at First Sight spoilers already came out for Karen and Miles. We reported that Karen finally went through with the wedding even though she held a lot of reservations. And, it looks like happy ending despite fans thinking Karen would leave Miles. But, spoilers for Brett and Olivia came out as well. Please note that if you hate spoilers then stop reading here.

Just to recap on the couples involved in these spoilers. Karen felt some insecurities because she got hurt in the past. But she felt way more comfortable once she made it to the altar. She said that she liked that Miles seems “thoughtful” and kind. Plus, we reported that after the wedding, they got some off-camera time and discovered they match in a lot of ways. Then along came Amani and Woody. Woody’s actually a friend of Miles. Maybe that makes him a nice person too, fans wondered.

Well, it turned out that Woody and Amani married and things go very well for them. According to @Mafsfan on Instagram, they stay together and make a full go of it. Fans thought that Woody seemed a bit too “wild.” And even hs friends doubted she’d settle down with Amani. Contrary to being a heartbreaker, it looked like Woody got excited about marrying. And, they remain together. The Married at First Sight spoiler account on Instagram revealed some photos of them looking really happy with life. But what about the third couple, Brett and Olivia?

Did Brett and Oliva work out?

Recall, many fans speculated that Brett seemed insincere. They even noted that he flirted with a waitress at his bachelor party. One fan on Twitter seemed convinced that looked like a bad sign. They tweeted, “Brett is still a douche for how he acted at the bachelor party. Let’s see how this marriage plays out..” Others thought that no way would he remain faithful to Olivia. And, that came because he also came over as really interested in Henry’s friend, Kristen.

However, when it came to the wedding, Brett stood by ready to meet his tearful wife-to-be, with two handkerchiefs. And he needed them because she got really “snotty.” At the time, Married at First Sight fans wondered if all his flirting really was just “play flirting.” But @mafsfan brings the bad news that they actually got divorced. Despite some hope brewing, it lools like skeptics got it spot-on. On Twitter, one person remarked, “I don’t know if he fully into her.”

Some Married at First Sight fans think they saw right through Brett from the beginning. This one noted: “Olivia is too sweet for Brett. I hate him already tbh..” Rather sadly, their feelings turned out right. As one of them said, “Brett couldn’t even fake interest in his wife during their first one on one… She’s so lovely! He’s in it for the wrong reasons IMO.”

What do you think about Brett and Oliva getting a divorce? Did you see it coming? Sound off in the comments below.