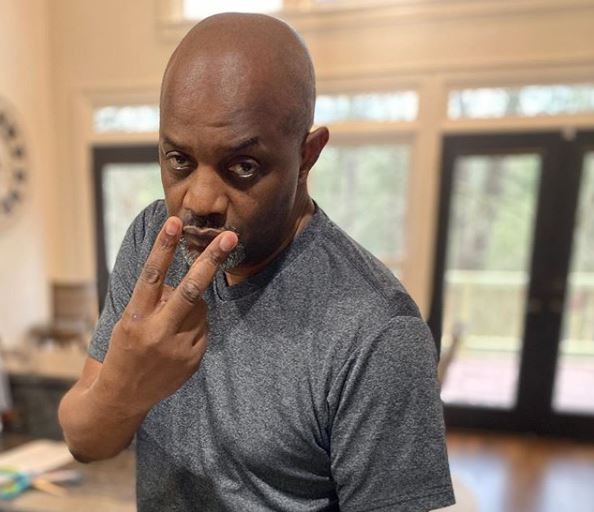 This week’s Married at First Sight July 22 episode, “I’ve Never Met My Fiancé” finally got down to what most fans love most about the arranged marriage reality show– the actual weddings.  Karen and Miles, Olivia and Brett, and Amani and Woody made it official with moving and personal nuptials.  There were some surprises, too, to top off the celebratory mood.   More teases at the end left everyone counting the seconds until the last of the couples took the full leap into their Married at First Sight adventures.

Karen follows through with Miles in ‘Married at First Sight’ vows

Karen was completely conflicted about her decision to move forward with marriage at the close of last week’s Married at First Sight.  She revealed to production that she had accidentally received a text with the full name of her groom. The chosen bride proceeded to do a full dig into his Miles’ Instagram stories and was dismayed by his “emotional” and sensitive side.  Karen told staffers that she didn’t really think Miles was her type.  She weighed whether she was making the worst decision of her life or the one for the future that was meant to be for her.

Married at First Sight expert, Pastor Cal Roberson, had a lot to say about leaning on ideas of “my type” for the perspective hopefuls on the Unfiltered preview segment before the show.   “Is your type all those failed relationships you had before now?” He questioned after Karen’s confession.  “Maybe you need to try someone totally different, chosen for a reason.” Roberson insisted.  Jamie Otis piped in with “Preach it, Pastor Cal!” judging from her own experience.  “I’ll be taking an offering after the show,” the expert teased.

Will Karen come clean about her full story?

Karen did walk down the aisle. She also did something that no Married at First Sight bride has done before taking her vows.  She literally wept– not tears of joy or nerves, but literal weeping.  Miles was as chivalrous as they come, remembering his father’s advice to have a handkerchief ready, and it was one of the tenderest moments of their ceremony.  “I got you,” he softly pledged to Karen.  She proceeded with her vows and her promise to be “the best version of myself for you.”  Let’s hope that she will let go of preconceptions and give her husband and their marriage a true chance.

One lurking issue is that she didn’t divulge the complete truth about the revelation.  She told miles that the text came to one of her bridesmaids.  Little discretions can have dreadful consequences on Married at First Sight if they are not confronted honestly.  Let’s hope that Pastor Cal’s “power couple” can move past this premarital hurdle and live up to their potential.  Fans may get more of the full story when Karen is ready to appear with Jamie and the experts.

During the preseason kickoff specials for Season 11 of Married at First Sight, the panel of entertainment experts and the fans had real worries about Brett ever being able to conform to faithful marriage.   He told Pastor Cal on last night’s July 22 Unfiltered that he had never been unfaithful to anyone he’s dated.  He said that he was only “play flirting” with the waitress at the bar before the bachelor party, and just a little drunk when he was making overtures to Henry’s friend, Kristen.

“Look, I believe you’re a good guy,” Pastor Cal encouraged,  but both the expert and Woody, who was the other guest of the evening, scolded that “this was not the moment” for that kind of behavior.  When Jamie Otis asked Brett if he would still play flirt as a married man, he shrugged “maybe.”

Pastor Cal expressed that Brett should have treated the bachelor party with the same respect as if he had been dating his bride for months.   Among the reasons why the experts matched Olivia with Brett are there common devotion to their cats, common interest in sports and fitness, her goodness as a person, and that they would find each other “interesting.”

Perhaps the experts are onto something because despite a few beers with his dad and brothers before the ceremony, Brett became a perfect gentleman for Olivia.  The Married at First Sight hubby warmly introduced himself to her family, and when she became typically tearful as a bride, he offered not just one handkerchief, but two, not even minding if it got “snotty,” as Olivia feared.

Among other highlights of their ceremony was Olivia’s joyful exclamation: “You have a cat?” during their personal vows.  Feline fondness is going to count for a lot in this relationship.  Olivia is ready to be a wife and so wants to be loved– it would be great to see Brett become the husband who is as “ready” as he describes and ready to lose some of his cockiness.  There are going to be bumps but this Married at First Sight match might make this groom grow up.

The ‘Married at First Sight’ sparks fly for Amani and Woody

Before her vows, Amani’s bridesmaids and man of honor, Charles, prayed over her in loving circle, seeking blessing for her and “our new brother.”  Woody was having emotional moments of his own with his mother, Bridget, and his grandmother.   It’s lovely to see a man cry when it matters, and this day did matter for the groom called “the wild one” by some of his friends.

Woody walked down the aisle with his mother, and he had quite a wait before seeing Amani.  The nerves didn’t hit the bride until her feet approach the aisle.  It took her full bridal contingent, including her father and stepfather, to calm her enough to take her fateful walk.

There were sparks almost instantly between this pair.    The phrase “life of the party” was part of both descriptions provided by the families. Woody didn’t wait for the reception to break out his dance moves, but before the ceremony closed, the couple followed the tradition of “jumping the broom.” They certainly jumped on the dance floor, too.

I’m already feeling the love this season. 🥰💍 What does everyone think about the couples so far?! #MarriedAtFirstSight pic.twitter.com/Mf1wdAvwn9

Amani wished for a husband to calm her and take the lead, and for their photo session, Woody made sure that his bride had all of his attention. A speech by his cousin, Gerard, brought Woody to tears in one of their most touching wedding moments.   “Forever” was spoken a lot between these two, and they certainly may be right about their Married at First Sight future.

A few beautiful peeks into Bennett and Amelia’s big day gave Married at First Sight faithful plenty to dream about until the full ceremony airs next week.  Viewers got to see a beautiful pebble presented as a necklace from Bennett to Amelia. The presentation came along with a lovely note describing all the memories, pebbles, and laughter that they would collect in their journey through life.  Viewers got to see the bridal party complete their March on foot and unicycle.  The eclectic group of guests was completely delighted.

I am so here for Amelia & Bennett. #MarriedAtFirstSight

Not only is the couple already a massive favorite for success, but they also realize instantly that they have met before.  Bennett proceeds to discuss “on the fly” revisions to his bride, whom he announces as not being a “first-time” acquaintance.  This Married at First Sight match is going to make the entire Season 11 roll through New Orleans worth the effort.