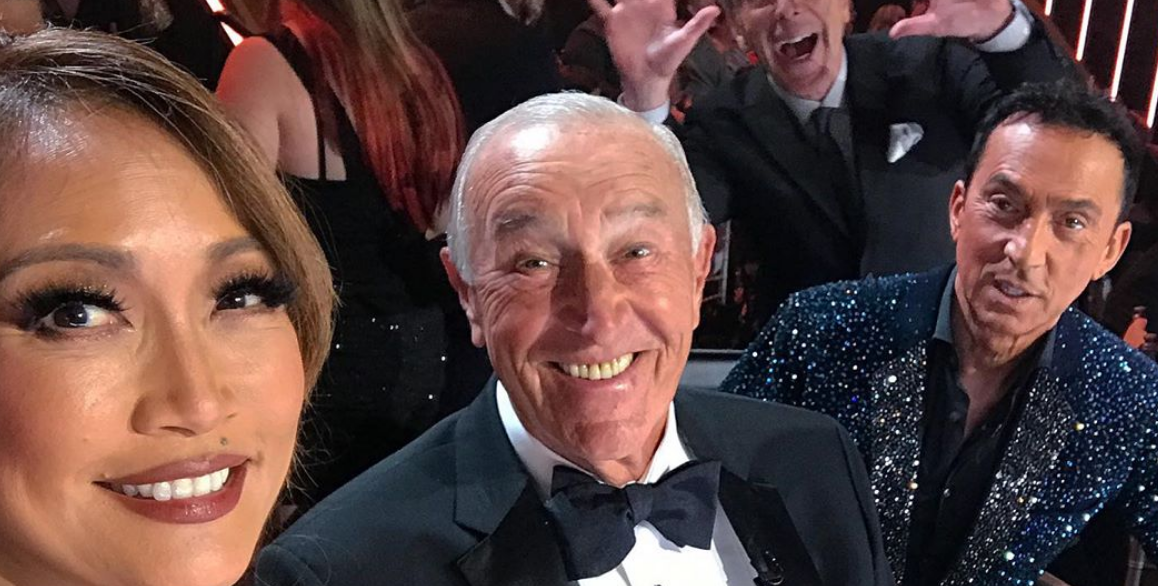 On a new episode of The Talk, which airs July 21, Dancing With the Stars judge Carrie Ann Inaba discusses the show’s recent changes. Due to a few casting changes, some DWTS fans are worrying about what might happen to the rest of the cast. So, Inaba opens up and gives fans an update.

Per Inaba, the judges will remain the same “as of now.” She says that ABC will make an official announcement in the coming weeks. She says, “I just want everybody to know Len, Bruno and I — that is the plan, that we’re coming back.” The DWTS judge adds that she thinks that “everything is okay.”

Though there have been some casting changes, there’s nothing to worry about with the judges.

Let’s get it! The #DWTS #Finale is live right now on ABC.

As TV Shows Ace reports, Tom Bergeron and Erin Andrews are no longer the show’s hosts. This comes as a shock to fans, as he hosted the show for 15 years. It’s unclear why these changes were made, especially since he is so loved by viewers. Plus, Andrews was a host for six years. On this change, Inaba says, “I feel like it was just such sudden news. My heart breaks for Tom [Bergeron] and Erin [Andrews].”

What does Carrie Ann Inaba think of Tyra Banks?

Now, Tyra Banks will be hosting the show. She seems excited to be on board, as she’s been a longtime fan of the show.

Inaba opens up, saying, “I cried when I heard the news, as well as, I think a lot of our fans did. People have been saying that Tyra is the first black host of Dancing with the Stars, and I just want to clarify, because season one we had Lisa Canning… Also, I don’t think that’s how we should be labeling her. She’s our new host. Period. It has nothing to do with the color of her skin. I think it has to do with all that Tyra Banks is. All the energy she has. She’s like a visionary, she’s a strong, powerful woman…I think we’re in good hands. It’s different, the fans are going to have to get used to it, I understand that, but I think we should welcome her.”

Fans of DWTS seem to have mixed feelings about Banks taking over for Bergeron and Andrews. Bergeron is a longtime favorite of many fans, so they are sad to see him leave.

So, are you glad to hear that the judges are safe? Share your thoughts about the casting changes below.

Be sure to check back with TV Shows Ace for the latest Dancing With the Stars news.