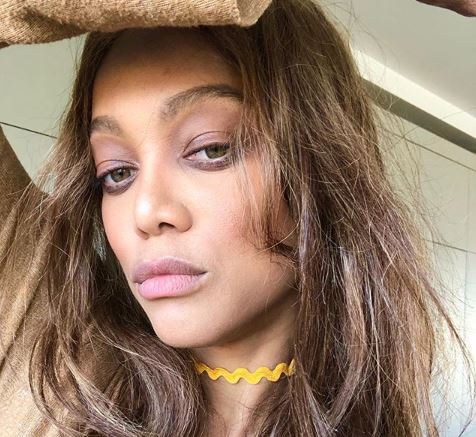 Dancing With the Stars has decided on a new host. They shocked everyone yesterday when it was revealed that Erin Andres and Tom Bergeron would both not be invited back next season. It sounds like it came as a shock to them too.

Who will be the new Dancing With the Stars host?

ET Online shared the news that Tyra Banks will be the new host next season. Tyra is known for hosting a lot of shows so this is a good fit for her. She shared her thoughts about joining the show. You can see what she said below and how excited she is for this new journey.

“I’ve been a fan of Dancing With the Stars since its beginning. The fun mixed with raw emotion, seeing celebrities push past their comfort zones, the sizzling dance performances … it’s always transported me to my days of turning it up 10 notches on the catwalk.”

I see strength and beauty. I see patience and perseverance. I see struggle and I see triumph. I see YOU, and YOU are beyond amazing – inside AND out 💛💛💛

When Tom lost his job on Dancing With the Stars, he was really upset. Here is what he said on Twitter.

“Just informed @DancingABC will be continuing without me,” he tweeted. “It’s been an incredible 15 year run and the most unexpected gift of my career. I’m grateful for that and for the lifelong friendships made. That said, now what am I supposed to do with all of these glitter masks?”

Erin shared that she was let go not long after. She was on the show for six years. Below is what she had to say about it.

“Thank you ABC and the entire Dancing With the Stars family for six memorable seasons. Those years wouldn’t have been as special without my loving host, Tom Bergeron, the talented dancers, and witty judges. I will always cherish my days on that set, even if I wasn’t the best at walking on heels.”

The shocking part of this news

The shocking part of this news is that now Tyra Banks is also the executive producer alongside showrunner Andrew Llinares. You have to wonder what happened for those changes to happen.  Tyra did share a bit about this, though. Here is what she said about it.

“Tom has set a powerful stage. I’m excited to continue the legacy and put on my executive producer and hosting hats.”

It will be interesting to see how Dancing With the Stars changes with this new season and a new host. The show will be coming back this fall and fans can’t wait to see it. So far, they haven’t even announced what celebrities will be on there. It is shocking that the rumors aren’t flying that much yet about who they will pick.