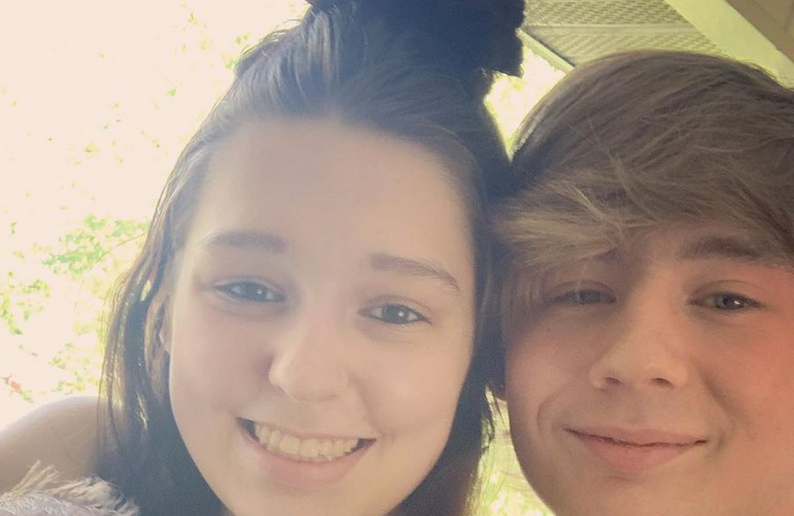 Hailey Tilford, better known as Hailey 2 on TLC’s Unexpected is opening up to her fans. Recently, she’s had a couple of Q&A sessions on her Instagram Stories. As TV Shows Ace reports, she’s talking about her relationship with Matthew Blevins. She recently revealed that he’s still not claiming their son Levi as his own. Despite the drama with her baby daddy, she seems to be in a solid relationship with her boyfriend, Cole.

Still, Hailey throws shade at Matthew in her recent Instagram Q&A. She calls the time she was dating him “the lowest time” in her life.

When Hailey lets her Instagram followers ask questions, a lot of those questions have to do with her personal life. She isn’t afraid to be honest with her followers, despite receiving criticism from time to time.

This time around, some of her followers wanted more details about her past. Others wanted to know more about her future plans. So, the Unexpected alum took some time to answer those questions.

Hailey talks about her childhood, calling it, “The best childhood a kid could ever ask for.” One fan asked her about high school. Hailey admits that she didn’t care a whole lot about her junior and senior years. She also reveals that she has dealt with bad anxiety and depression in the past. The teen mom says she hasn’t been as happy as she is now.

Fans of TLC’s Unexpected might recall that Hailey 2 started talking to Hailey (1) Tomlinson’s boyfriend, Matthew after he got Hailey 1 pregnant. Alluding to this, one follower asks, “How would you feel if hailey 1 did to you with cole what you did to her with Matthew?” Hailey Tilford claims this isn’t going to happen though.

Based on what Hailey shares about Cole, it seems like the two are very serious. She says that if they ever broke up, they would co-parent Levi. But, she says she doesn’ think they’ll break up.

In a previous Q&A session, Hailey was asked about her plans for her future children. Even though Levi is only three months old, Hailey is planning on having a second child as soon as next year.

In the most recent Q&A, an Unexpected fan asks, “When is baby #2 coming?” Hailey simply tagged Cole’s Instagram account and left a question mark and a blushing face.

Where Hailey is now is much different than her original plan. She explains, “Always wanted to graduate high school, go to college, and when I got out of college I wanted to get married and travel for a couple of years and then have a kid at like 25.”

Nonetheless, the young mom seems very happy with her life.

So, what do you think of Hailey’s plans? Share your thoughts below.

Unexpected should be returning to TLC later this summer. Be sure to check back with TV Shows Ace for the latest updates.